There isn’t a lot of community discussion about Ahi Tuna. Is that a reflection of personal tastes, or limitations of Ahi + SV?
I found a couple of interesting recipes at Sous Vide Everything and the Anova Recipes page. 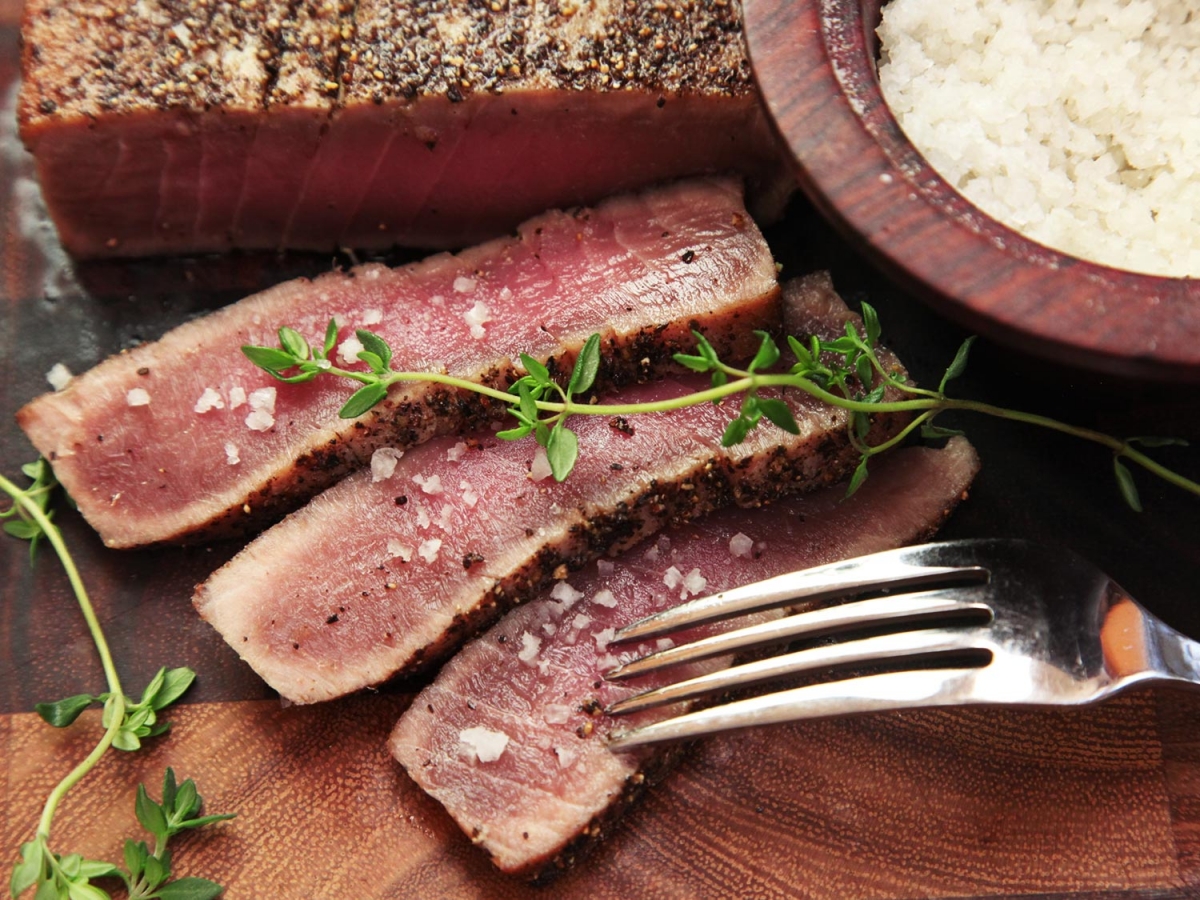 Sous vide is a great way to prepare tuna to be served nearly raw, sashimi-style, or to be used in recipes where you'd typically use canned tuna, giving you better texture and flavor than any canned option.Rather than cold and raw in the center, you...

The 2 SV recipes are straight forward. My question is related to timing. I want to prepare/serve a meal with 1 tuna steak (for me) with either chicken (or pork) for the rest of the family. I was thinking I would cook the chicken first (or in advance), then hold/warm while I cook the tuna (especially if I don’t sear the tuna). But, tuna cooks at 105-110F. IMHO, that’s too low to hold/warm the chicken.

So, has anyone tried this?
If not, any suggestions on my mental cooking experiment?
Is there another way to have chicken and tuna ready at the same time?
(just typing this is making me hungry!!)
Thanks!

I Love AHI! Like the Klingons say…revenge is a dish that is best served cold. Seriously though…I think true Ahi is not a candidate for sous vide. You just need a screamin hot skillet and tshhhhhh flip tshhhhhh… ready to eat. As long as your yellow fin tuna is fresh (or blue fin or big-eye if you’re a high roller) you’re in for some good eats. Save the sous vide for your asparagus at 183 and when finished let it hang out in the hot tub at 140 with your other meat(s) Then do your tuna.

I would not think that it is a limitation of sous vide. My guess is that ahi is reasonably easy to prepare as it is, and in fact, sometimes may be better eaten raw. Sous vide really shines when it comes to making tougher cuts tender, or achieving a certain precise doneness, none of which ahi really requires.