Ever wonder how much electricity your ANOVA Precision Cooker uses, while cooking?

The answer: surprisingly (to me) very little.

Having just yesterday SV’d some baby back pork ribs for 20 hours, I started wondering what it was costing me in electricity, to run my Anova Precision Cooker for that long, or for any period, for that matter.

So today, when I was SV’ing some 1 ½” thick filet mignons, for 2 ½ hours, I thought I’d plug in my trusty Kill-A-Watt meter.

My last electric power bill worked out to a rate of $ 0.164/kW including taxes and fees.

It probably used the first 5 or 6 cents, just getting from 120 F to 140 F, and the rest of it while circulating the water, and keeping the temperature up to where it’s supposed to be.

My Anova cooking vessel has a lid which probably helps in reduction of heat loss (as well as evaporation), which would help to reduce the cost too.

I was quite pleased with the result of my little test but nowhere near as pleased as I was with the filet mignons. 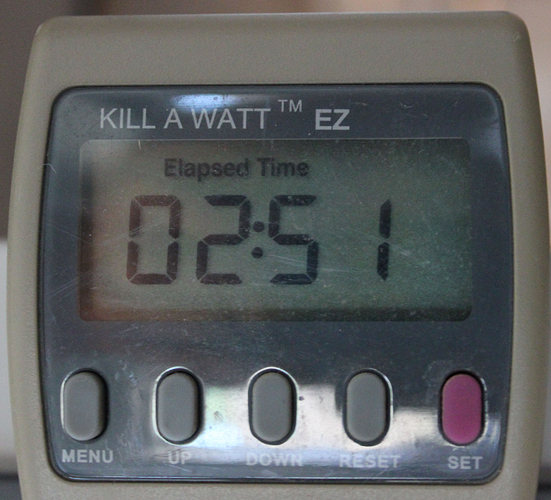 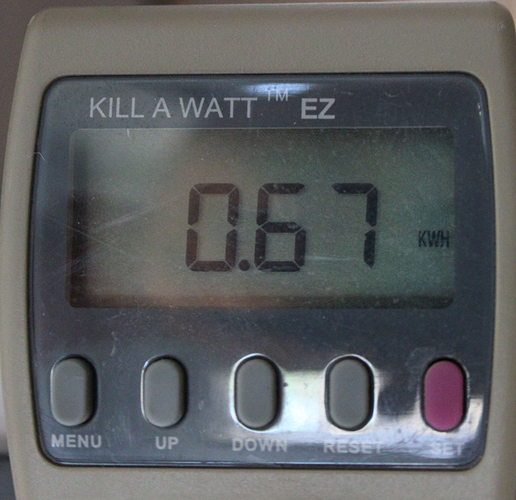 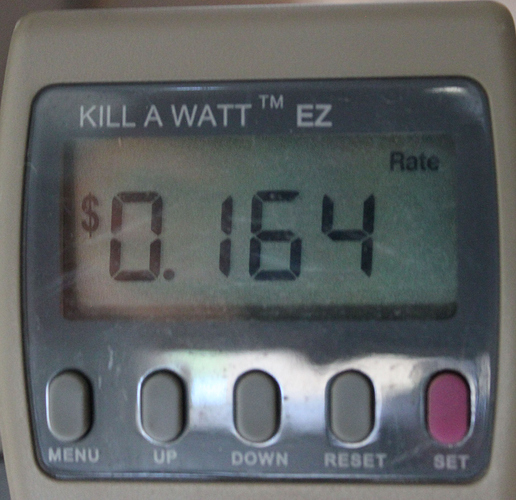 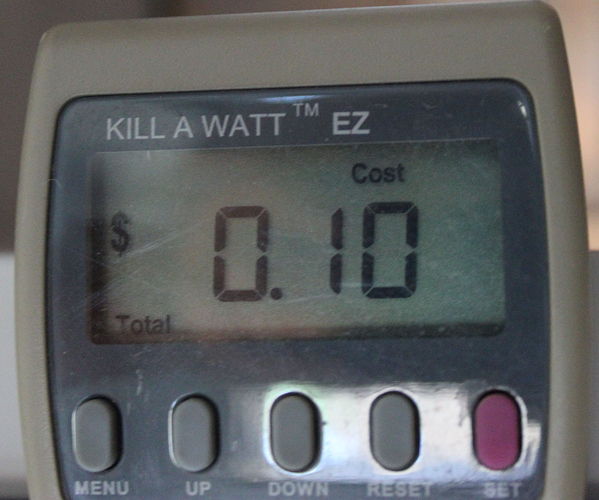 Actually, yes, I had wondered. I’d always suspected that the energy requirements for sous vide cooking were fairly modest since cooking temperatures are relatively low and once the device is up to temp it doesn’t take much heat to maintain. It’s certainly interesting to see it quantified, though.