I’m still struggling to understand sous vide cooking times. Look at this chart that I snagged from SeriousEats:

All four cooking temps show a time of 1 to 4 hours. So, if my meal is done in 1 hour, why would I continue to cook it for 3 more? I’m just not getting this.

When I saw your post I went looking for something I posted a couple months ago that I hope will help you some! You also might find it handy to look at some of the older forum discussions as some folks have really posted some good info. Anyway, here’s what I posted a while ago:

Remember - temperature determines “doneness”, time affects “texture”, and most importantly (imo) the combination of temperature and time must be long enough for “safety”.
See the link below to Baldwin’s excellent specifics on the last! (Safety!)

Thanks @Mirozen. I’ve seen reference to that book several times already, so I went ahead and ordered it from Amazon. And I guess I need to spend more time reading posts here before I ask a million questions. Sometimes I jump in head over heals when I find a new community that I like.

Feel free to ask your questions! There are some really knowledgeable folks on this forum and they’re happy to help people out.

Sous vide differs a lot from other methods of cooking so as Frank (@chatnoir) has posted a number of times it pays to “do the work”!

Also - that link to Baldwin’s work I sent you has detailed information online regarding times and temps for safe cooking. Scroll down and you will see this info. ( You mentioned ordering the book, which is great. I just want to make sure you know you can scroll down the page for in depth info on temp and times for safe cooking. You don’t need to wait for your book order to arrive! )

Yup. Reading as we speak.

To expand a little… @Mirozen Is totally correct with his:

Temperature for doneness. Time for texture. It’s a really good mantra to remember.

Now as to the why. People say that sous vide processed foods can’t overcook. This is because the food can never reach a higher temperature than that at which the cooking bath is set. It takes approximately 30 mins per half hour (an hour per inch) for the warmth of the bath to penetrate to the centre of meat. This basic rule of thumb changes a bit for different foodstuffs, but it’s a good rule of thumb to remember.

This time to reach temperature equilibrium tends to be the first number quoted in time ranges. In this case the 1 hour would be based upon a pork tenderloin that is around 1" diameter at the thickest point. At this point the product is effectively cooked.

For naturally tender pieces of meat, like tenderloin, this is all you really need. However, most people are inclined to want to cook things a little further to allow for some breakdown of the collagen in the meat. In something like our tenderloin, there is very little of it because the muscle doesn’t do a great deal of work when the animal is wandering around in its pen. Harder working muscles contain more collagen so require more cooking to have this breakdown and improve the mouth feel. Something like a slab of chuck might require 20 or 30 hours to convert its collagen into luscious gelatin.

But each muscle has only so much collagen in it. What happens when all of that collagen is converted? That’s when we get into the territory where people describe the texture as ‘mushy.’ The structural integrity of the meat is gone. Now, due to the way sous vide cooks, the meat will probably still look great, lusciously pink and juicy, but the mouthfeel will be squidgy and unpleasant, and even though the meat looks beautifully moist it will have an odd fuzzy dryness in the mouth. It’s a hard sensation to explain. It’s not totally unpleasant, just… odd. With a low work muscle like our tenderloin, this will happen much sooner than with something like a lump of beef chuck.

There is a texture that we have learned to expect from every cut of meat. Steak should be soft and tender but still have some chew in it. Folk like their pork shoulder cooked to gelatinous yumminess. That’s where the second figure comes in. Up to about 4 hours our pork tenderloin will still have the optimum mouth feel that we expect. The conversion of collagen to gelatin is a slow process (the speed varies with temperature). Go over the 4 hour mark and the tenderloin will still be delicious and juicy but the texture will not be that optimum texture that we expect. Head way beyond the 4 hours and you risk heading into the mushy zone. It won’t happen quickly, it might take 8 or 10 hours, but it will happen eventually.

So that explains the range of temperatures and times you will see with most good sous vide recipes. Of course they also have to allow for variable things like size of subject item. Not all pork tenderloins will be the same diameter… etc.

I’s worth remembering that 130F/54C will give you rosy pink pork. There are a lot of people that still struggle with the idea of pink pork.

Sorry, I realise there is way more information in that explanation that you were wanting at this time, but there is the likelihood that the questions would be asked sooner or later.

It’s a good idea to keep a journal of your experimenting. Everyone’s tastes and expectations are a little different.

So, I did 140 for 3 hrs. Came out heavenly. Not bad for my 2nd APC try. (I’m not counting those hotdogs.)
I would’ve snapped a pic after it was sliced, but it disappeared too fast. My wife and I, who are both light eaters, polished off a pound and a half of pork loin. 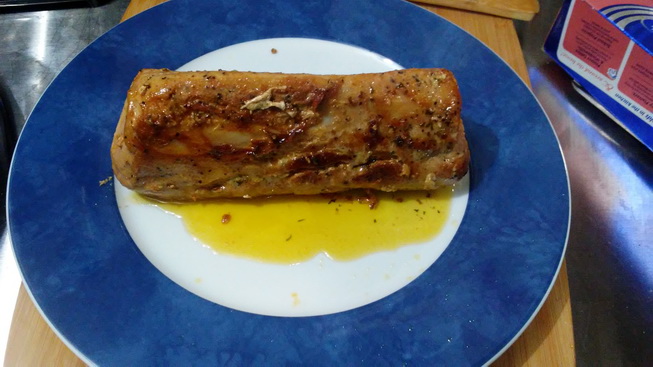 Edit: Hey @Ember; We posted at the same time. It was not too much information. It’s exactly why I come here. Thanks for that info. I’ll read it and absorb it. But I guess the beauty of sous vide, is that even a novice like me can get it right fairly easily. Our pork loin was amazing.