Using Anova inside a fridge!?

I’m new to this community, ordered my Anova Wifi yesterday and can’t wait to use it!
I was reading about the Wifi options, in which case you have to use icewater or frozen steaks/chicken/anything to keep the bacteria away during the day.

I would love to get the most out of my Wifi options, so here it comes:
I have an extra fridge available, has anybody tried using the anova inside a fridge (apart from the working wifi connection), to keep the meat cool enough during the day, but available for heating through the wifi system from my work.
Does it create a lot of heat when slowcooking a chickenbreast or steak which could damage the fridge?

Is this a joke question?

You won’t get a wifi signal inside the fridge.

Getting the power cord inside would be difficult.

Look for “Ice bath” around here to find a more viable option.

At first i didn’t see a problem with the anova working a bit harder to correct the temperature inside the fridge, my roof is filled with solar panels so the fridge working harder is fine by me…
The power cord could be a thing though

Ill look in to the Ice Bath’s anyway… thx for the fast comment.

Another bump in the road would be the condensation that would form in the cool environment transitioning to warmth as the cook proceeded - it would play havoc with the electronics!

Keep thinking outside the box though…sometimes it can lead to great ideas!

Both machines would be working constantly to overcome the function of the other. Very much a case of immovable object and irresistible force. I think in a very short time one or the other or even both would go into SMEF (spontaneous massive existence failure).

You would be better by far using an insulated vessel (converted cooler) and the icebath function rather than taking the mad scientist option.

I’d have to agree with Ember on this one…but Mad Science deserves more credit than it gets, regardless! 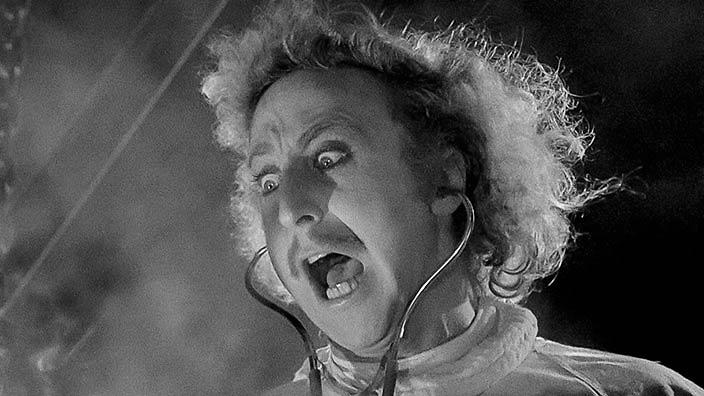 Technically the idea has some merit, but using a standard fridge would be impractical.
For little money you could convert a mini-fridge for the purpose, cutting a circular hole in the top for the Anova WI-FI device and routing the cooling coil in the fridge to the cooking reservoir for refrigeration.
You would have to make sure the fridge was off during cooking, but this could be done either through timer or WI-FI outlet controller.
Technically you could then, after the cooking time was up, turn the fridge back on to keep the food cool until needed.

Of course, it would be easier to use a small compressor unit, cooling coil, and a standard cooler. Several cooler mods for sous vide machines have been made.
Again, you would have to make sure that the compressor was off during cooking.

The post cook cooling in your idea would be too cold for good food safety.

How would it be “too cold”? Isn’t the idea to get it cold?
You could always include thermometer to monitor the temps.

Sorry, that was fingers on autopilot and brain not engaged. Was meant to be too slow. Although we assume the intention is to cook the food to pasteurisation, there is still the danger point on the cool down to be considered.

If the food is pasteurized and sealed tight in a bag, would the delay be noticeable? It’s not like the water was at boiling temperatures.
You could even keep the Anova running, but drop the temp to its lowest setting, which I think on the WI-FI version is 32F. This would keep the water circulating.

Just an idea.
Not sure what the situation would be to require it. Most of what I do with it is a minimum 24 hours, but salmon steaks take only 45 minutes, which is almost how long sides and tabling would take. If the fish or foul is prepped, bagged and in the fridge ready to go, you could start heating the water remotely well in time for getting home.
If you wanted to do steaks, just cook them the night before, and reheat them after getting home. My brisket recipe suggests cooling the meat after for 6-12 hours before doing the final sear/broil.

Exploring ideas here… A timer switch to turn the fridge off maybe 2 hours before you want to start the cook and a similar switch to turn the unit on and off???
There would probably be an issue with the condensation generated by the cook. I had this type of problem when I did a cook in a closed room… Condensation got into the Anova head and caused it to shut down. A bit of air movement solved the problem. So… a computer cooling fan with a hood/exhaust pipe???
As I said… Just kicking ideas around.
Good luck!

Pateurisation kills most pathogens, it’s true, however it is unlikely that sous vide pasteurisation would kill C. Botulinum, if present. This bacteria is rendered dormant at sous vide temperature, but can become active again once temperature drops into the ‘danger zone.’ It is not the bacteria itself that causes issues, but the toxins it excretes are deadly. This is one of the reasons why shock chilling sous vide processed foods is recommended for anything that will be stored and reheated at a later time.

The fact that you are looking to cool not only the cooked product but the cooking bath as well increases the mass to be cooled, the whole will cool slower than the product would on its own, meaning a much longer in the danger zone.

The entire idea is not worth the safety risk for a small amount of convenience.

I agree with Ember, the mass of water typically used in SV cooking creates a significant challenge in a Hold Cold > Heat/Cook > Chill > Hold Cold technique or system.

Airlines and healthcare facilities have been cooking or reheating meals using either conduction or convection heating in well controlled refrigerated environments for more than 50 years. However they are all Cook/Heat > Serve systems. As Osa7172 suggests, those systems either turn off refrigeration or segregate meal components with insulation during heating.

The real hurdle is that mass of hot water still contained within the volume to be cooled.
Of course if your cooking container had a valve installed and set to open as the cook ended and the refrigeration were to recommence…and the valve were connected to a line that would drain the water out of the refrigeration unit…

What we now have is a rather complex little cooker, but given all the criteria listed above I think it should allow for a chill down well within safety limits. Rube Goldberg would love this! lol

Edit: Just thought I should add that i agree with Ember that all the effort would not be worth it - but it is fun to think about how you might go about making it work!

Some of the “food safety” concerns may be exacerbated by or minimized by the type of food you are intending to cook. For example, if you are cutting your own steaks from a primal cut of beef, the likelihood of intoxication is minimized because the interior meat is unlikely to have been contaminated by anything like A. botulinum or E.coli unless it happens to be thriving in your kitchen . . . in which case you must be immune. Grinding your own beef from whole muscle meat – same thing. If you are slicing/processing and vacuum sealing ASAP and using good handling techniques and basic sanitation, it’s highly unlikely that anything bad is lurking inside that bag.

Not that you should play with the idea of trying to see how far you can exceed the safe food handling guidelines for time and temperature, but consider how sous vide works to begin with. Milk is pasteurized commercially at 145F for 30 minutes – “low temp long time”. We are told the food danger zone is between 45-140F, but we routinely hold steaks and roasts, pork shoulders, and whole briskets at temps below 140F for hours at a time – like 24 or more for a pork shoulder or even 48 or more for a brisket, and no one dies.

And if your meat is also frozen to begin with, that will help, too. I routinely buy whole primals and cut my own roasts or steaks from the single muscle, season them, vacuum pack them, and put them in the freezer for cooking when I choose. I have not found a significant difference between cooking a steak or roast which was frozen and thawed or one that was cooked directly from fresh (which may actually have been previously frozen before I bought the bag).

As a Jewish kid growing up in the 1950s-60s, we routinely ate chicken, beef, and lamb that was taken from the freezer and left on the counter top to thaw before it was cooked a couple of hours later. Some of us still do that to this day, dodging the danger zone bullets. Now I attend church where we frequently have “potluck” luncheons and dinners where we are blessed not to be sickened by food that left home at least 1-2 hours ago or longer without being insulated against heat loss, has been sitting idly at room temp descending to 120F or much lower while the pastor preaches away.

Although I have not yet tried it, setting up your sous vide pan as an ice water bath at 6am with the intent to begin cooking at 2 or 3 pm for a nice dinner around 5 or 6 pm should not be a problem on any kitchen counter in America where folks are routinely cooking sous vide under “normal” conditions. You could play with the idea in advance to know how long it takes for different ratios of ice to water to reach room temperature or cooking temperature – 60/40 50/50 40/60. You also need to know how long your cooker takes to heat a certain volume of water to your desired temperature . . . my Anova 3.2 takes about 90 minutes to raise 4-5 gallons of 120F hot water from the tap to 185F. I’m sure it would take at least 2 hours to raise 60F water to 130F to cook my steaks, so I would have to know how long it takes for a 35F water bath to reach 60-70F in my kitchen, then how long to get to 130F from there, and backtime all of it to know what time to turn on the Anova for a 6pm sear . . . assuming I don’t get stuck in traffic coming home from work (but, then again, with sous vide, that doesn’t matter at all)…

On the other hand, things that come into our kitchens from the outdoors, like fruits and vegetables, where airborne spores of botulinum abound, but rarely cause problems, you would certainly want to reconsider how you plan to cook them. Allowing them to sit at those unsafe temps too long could be really problematic. And the kinds of bacteria that make us ill or worse, such as E.coli, salmonella, and listeria, which contaminate chicken, cheese/dairy products, and ground beef, well, they are usually introduced through the handling processes in the slaughterhhouses or processing plants that long precede our kitchens, too. So knowing the source of what we consume is important. I would never consider trying to cook those foods “remotely” as this thread originated.

Finally, without a robot or a kid who comes home from school, I can think of no way you would be able to heat then chill a tank of sous vide water and food appropriately in a refrigerated environment.