APO- No steam at all?

I am cooking a chuck roast in the APO, first time using the oven. 24 hours, 135deg F, 100% humidity, sous vide mode. When the cook started it got really steamy right away, but after a few minutes the steam appeared to have stopped. I thought it was because it was just maintaining the humidity. Well, I am now about 20 hours into the cook and the water level in the basin has not dropped at all, there appears to be no steam in the unit, and the meat looks more like beef jerky than sous vide… very dried out. I am hoping it tastes better when it comes out in a couple hours but really, I think it will need to be tossed. Any suggestions for getting the steam to work? 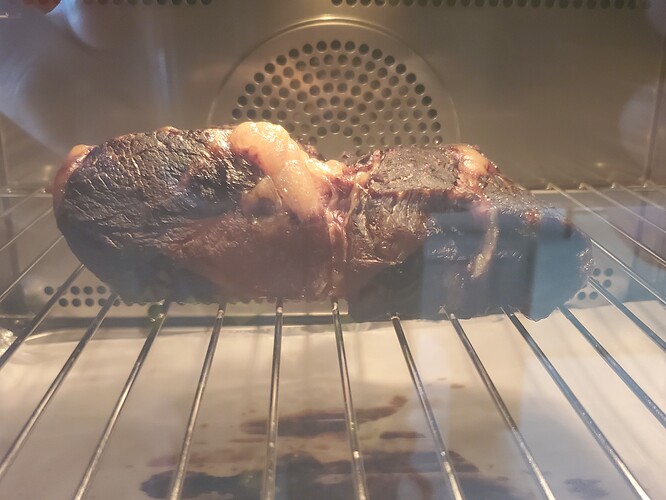 Well it seems it was user error (as expected for some reason…) which is incredibly disappointing but also glad that it is not an issue with the oven. I placed the tray on the bottom of the oven to catch any drippings and it appears I choked off the steam source. The water was pooled up under the tray, and when I placed the tray on the lowest shelf instead on the bottom it immediately started steaming again. 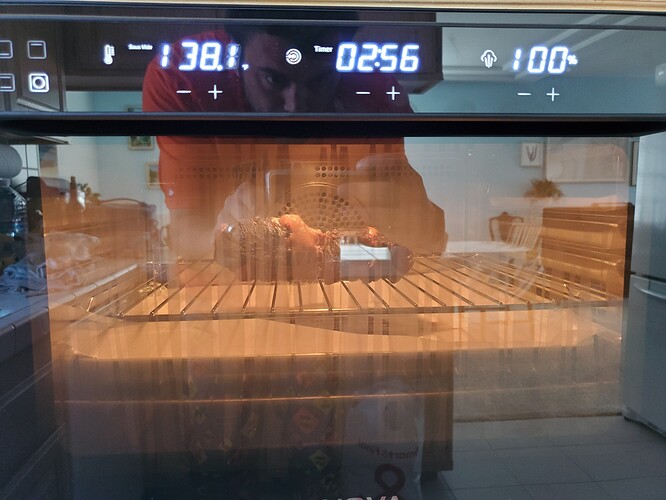 The reason I placed it on the bottom in the first place was because there is a fan in back below the round circulating fan and it appeared as if I might block that fan’s circulation, but instead I ended up blocking the steam’s circulation…

Anyways I am excited to try again this afternoon… luckily I still have some chuck roast left!

Thanks for taking one for the team and, most importantly, sharing your findings!

Yes, Thank you for sharing. Everyone makes mistakes and now you have taught the rest of us a good lesson. My first thought when reading your post was the condensation phenonana that happens in steam ovens. When a cold item (colder than the oven) goes into a steam oven there is a lot of condenstaion around the item until it comes up to temp, then there seems to be less steam. I’ve seen this in commercial steam ovens of every brand. Anyway, thanks again.