I cooked this at 130 degrees for 7 hours in a large pot. Seared in hot pan for about 90 seconds total. Way overcooked which I thought was impossible. I may try again but need to know what to do different. I followed the directions from a blog where everyone was happy with the result (I did post there as well). Ready to return the thing as it ruined a $30 steak that I’ve successfully made in the oven. Thanks

If the water temperature was actually at 130F then there’s no way that your tri tip should have been overcooked - if by overcooked you mean cooked to a “doneness” greater than medium rare.
I suggest that you take a thermometer that you know can be relied upon as accurate and check the actual temperature of the water once it comes up to temp.

Please let us know what you find out. Good luck!

I never go to 130 for med-rare with any method. There is always some carry-over cooking. I go to around 127.

With sous vide there can’t be any carry over cooking. The temperature of the item can never get higher than the temperature of the water. The reason that there is a continuation of cooking with traditional methods is because you’re using a (much) higher heat to drive heat into the centre of the item. This creates a largeheat gradient curve in the item which must then even out some.

The most likely source for any ‘overcooking’ is always going to be the searing process.

If over cooking refers to the colour produced in the interior, it should be noted that colour is not a true indicator of doneness. Colour appearance can be impacted by many things such as surrounding light, or age of the beast harvested or even that it may have been frozen at some stage.

It has also been suggested that Cost-co meats are frequently (some suggested, always) Jacquard tenderised. This will also impact your outcome.

Wait Wilson, it’s impossible for your Anova to way over cook your tri-tip in 130ᴼF water. What else happened?

Accurate problem solving requires details.
How do you define “ruined” or over done?

Did you check internal temperature after cooking?
And after searing?

For beginners searing can be the most challenging part of the SV technique, particularly with thin cuts of meat where it results in descriptions similar to yours.

Consider acquiring the habit of letting your thermometer be your instrument of control so you can prevent less than perfect outcomes.

With regards to Costco using Jacquard tenderizing on their meats - so far as I’ve been able to find any meat that has had this treatment will always state this on its label. I was concerned when I saw your comment because I do buy meat at Costco, but I’ve never seen this message on any meat I’ve purchased there. I believe whether they tenderize or not may be location dependent and they simply don’t do it where I live. Personally I like to buy a bulk piece of meat and cut my own steaks most of the time so this also may have something to do with my experience.
Thanks for bringing this up! I’m going to try and get in touch with someone at Costco to see if I can get more details. (I might have a better shot than most at getting some information as Costco is headquartered nearby.) If I find out anything further I’ll post it here.

Similar has been said with corned beef in the US that it may be chemically tenderized without significant labels. I do have my doubts over both situations. 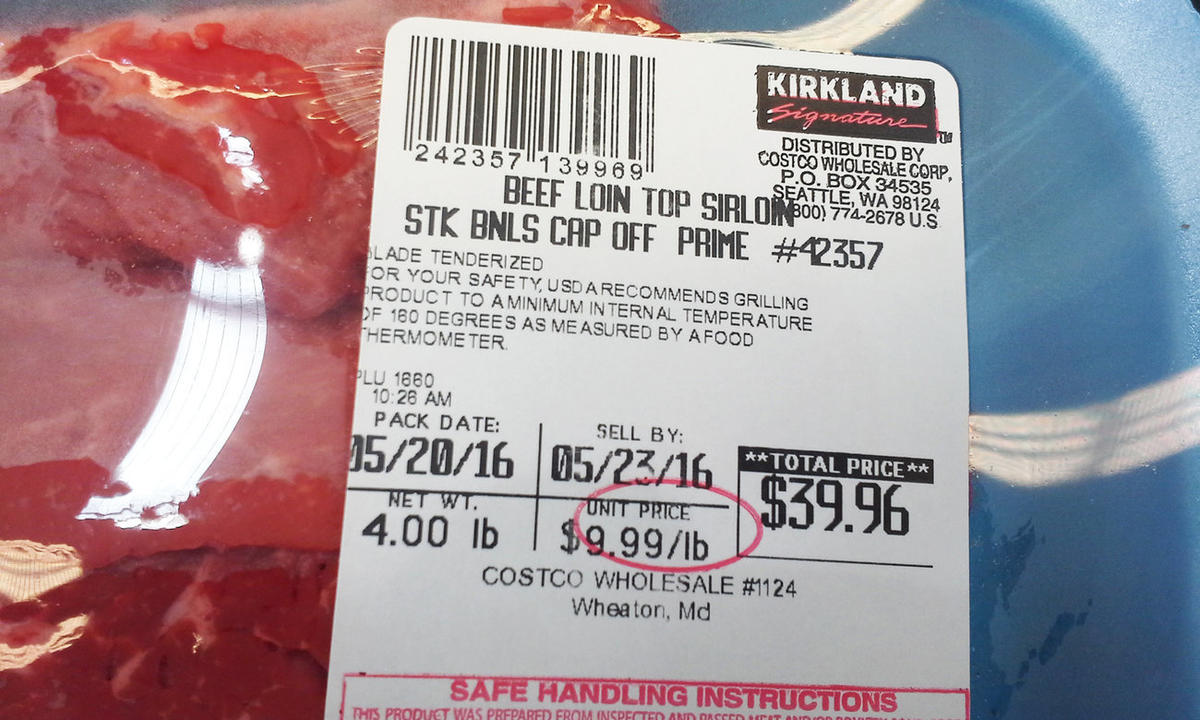 I did feel it was likely the case of people not paying attention.