Kind of complicated, and it cost a LOT of money… But wow ! What a fantastic job this thing does

Actually, it cost me $5 for the two aluminum Baking pans. 11 for the pellet smoking tube, and a few for the clips to hold it together. Oh and I spent $20 on 4 different 3 lb packs of pellets, so I could see what I like the most. Might get a big bag of one of them later. 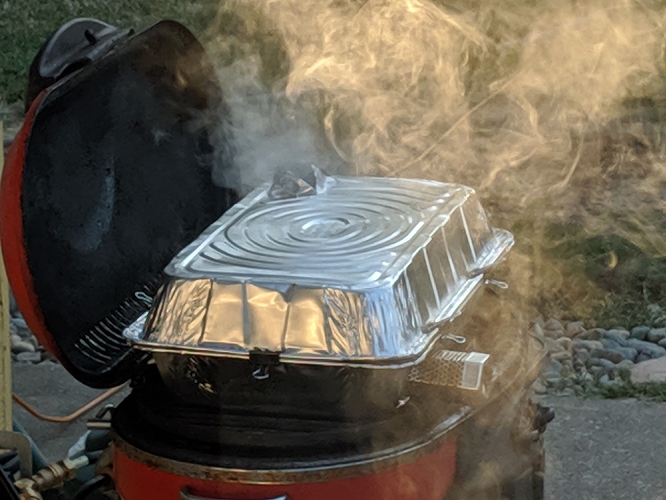 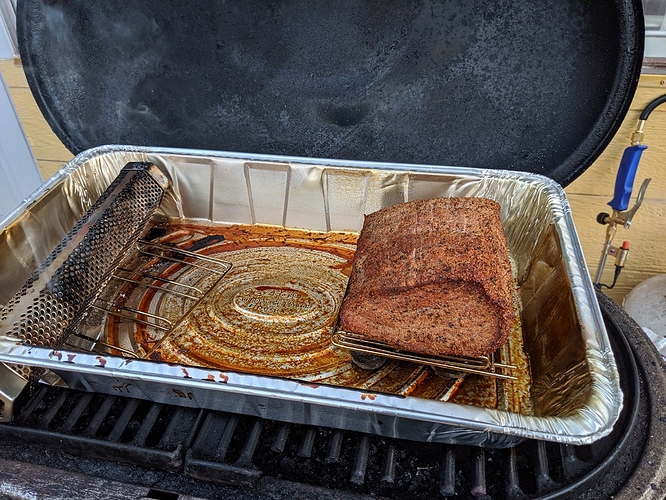 There are some file size limitations for photos. Just edit and save your photos at a lower resolution before attaching them to your posts and you should be fine.

Thank you Mirozen. It’s funny, I’m actually a photographer, and I use stitching to make images of 100mp or more, because 20mp’s are dinky

So it is just a surprise when a snap shot I took with a cell phone is too big !

But I downloaded an app to make these even smaller, and I guess that was the issue.
Thank you.

BTW, when I took that roast out of my home made smoker it had such an amazing bark ! But was so soft

How hot does it get in your apparatus? When used alone the tubes are generally used in conjunction with a heat source to smoke meats or on their own for things like cheese. With meats you need to be careful that they do not stay in the danger zone while smoking.

Not hot at all. No additional heat source. Probably totally in the danger zone…
But you don’t think 24hrs in the SV at 136 afterwards wouldn’t kill anything that might have tried to start ?

Heating does kill the bacteria, however, some of them create toxins that will harm you even after the host has been killed by heat. Not worth taking the chance.

John’s correct. At unsafe temperatures bacteria can produce harmful heat resistant spores at high rates. At room temperature most bacteria populations will double every 20 minutes. As the temperature increases so does the rate of growth per hour. Yes, you can kill the bacteria by sufficient cooking, but rarely the toxins unless you plan on autoclaving your food.

Where can I get an autoclave ?

Try a block of Gouda in there.

Or whatever kind of cheese ! I’m kind of a cheese freak too

Which is good since I’m a hard core Keto guy