Sous vide while you work

I bought my daughter an Anova when she moved into her first apartment, but she confesses she never uses it. She claims that when she gets home from work she doesn’t want to wait a long time for dinner; she prefers her crockpot. I’m wondering if there is some resource that categorizes recipes by the length of time to optimal doneness, so she can get ideas of what she can cook while she’s away at work. Looking for something that will motivate her. Thanks in advance.

Not a answer to your question, but did your daughter express any desire to cook sous vide?

Are you suggesting that I might have been a little pushy? In my defense, she loves when I cook her steaks, pork loin, brisket… so, I thought I’d help her along. I have told her that I don’t want it to be a burden to her, but she insists she wants to use it more. I also think it would be a good alternative to a crockpot, if she can work out the timing.

It is entirely possible to do sous vide while you’re at work or otherwise occupied! In fact, that’s one of the chief advantages that it offers.Oftentimes leaving the food in for a longer time won’t have a significant impact on flavour or texture (for cooks that are under 10 hours total time, at least). You may also want to look into the ice bath feature, which I believe @SouthernDad is a fan of, and an expert in. Good luck, and hope your daughter finds something that interests her!

I’m not suggesting anything. I’m asking if, prior to you getting her one, if she expressed any desire to have one? Just because someone enjoys the results of a thing, doesn’t mean they automatically want it.

It seems the ice bath is only workable with the wifi anova and, alas, I didn’t get her that model. I agree that sous-vide is very useful for all day cooking; I was wondering if there’s some easy way to search for recipes that fit the time parameters. Thanks for you reply.

Yes, indeed. I use ice delayed cooking quite often. The hardest part? Remembering to remote start the cooking.

It would likely be best for her to try using it for recipes that have 24 hours or more in duration (so she can plan meals for the next day or day after, etc).
A lot of your tougher, thicker meats fall into this category. Roasts, pork shoulders, ribs, lamb shanks, brisket.
Sous vide is wonderful for steaks, but I really think the magic is when you make things ridiculously tender, like you achieve with these longer cooks.

Great idea. Much easier to control. Thank you.

but, for longer cooks I always recommend that people pick up a UPS in case there’s any power outages. The default behaviour of the APC is to not resume if there’s a loss of power (as a safety measure - the food could have been in the “danger zone” too long and no-one would know).

UPS’s have become a lot cheaper over the years as many people use them for their home computers and home theatre systems, but because of the high wattage of the APC, to run on one reliably takes one sized for 1500VA.

The necessity of a UPS really depends on the likelihood of power outages. Depending on how “dirty” the power is in her location, the battery in a UPS will last anywhere from 4-6 years before it needs to be replaced.

(has the added advantage that it will protect the APC - or anything else that’s plugged into it from “dirty power” or power surges).

Edit: One other route you could take is to make her a cooking vessel out of a camping cooler (a few threads on here showing what people have done)

That’s actually a much cheaper solution!! (has the added advantage that it will reduce the electricity the APC uses when it’s cooking).

I say that’s a viable alternative as the amount of heat that the coolers lose is very marginal…unless she’s cooking at 130F (just out of the danger zone), it’s quite likely that her cook won’t have entered into the danger zone by the time that she discovers that the cook has stopped.

So, this just occurred to me… If the APC had a real-time clock (which it doesn’t, I believe), it could record the time of any power outage. Then if it were not more than, say, 30 minutes, it could just keep on cooking as if nothing had ever happened. Otherwise, it would not re-start the cook and flash some sort of power outage indicator.

This sure would be cheaper than forking out for a UPS…

ANova could actually build the logic to do this in their cloud and the app if they wanted to, with no changes to the APC hardware. (wifi version)

I wouldn’t hold my breath…

I can understand not waiting for a long time for dinner. I feel the same way most nights. I usually cook up something with a relatively short cook. Like steak for an hour. Or shrimp for 30 minutes. During that time, I can take a shower and make a quick pot of rice or another side dish. Maybe this answer is a little different from your question of looking for something cook while she’s at work, but maybe the short cook times can help too.

I want to thank everyone who has taken time to reach out. I get discouraged sometimes when I read about all the hate and division out there, but the spirit of giving and helping is alive and well. So, in addition to great ideas let me express my appreciation for the morale boost as well.

Glad we can help!

I went with 1500 watt APC UPS throughout my home. When the power goes out the UPS keeps everything working until the Generac comes up. No blinking clocks. No confused home automation hubs. And most importantly? No interrupted sous vide cooks. 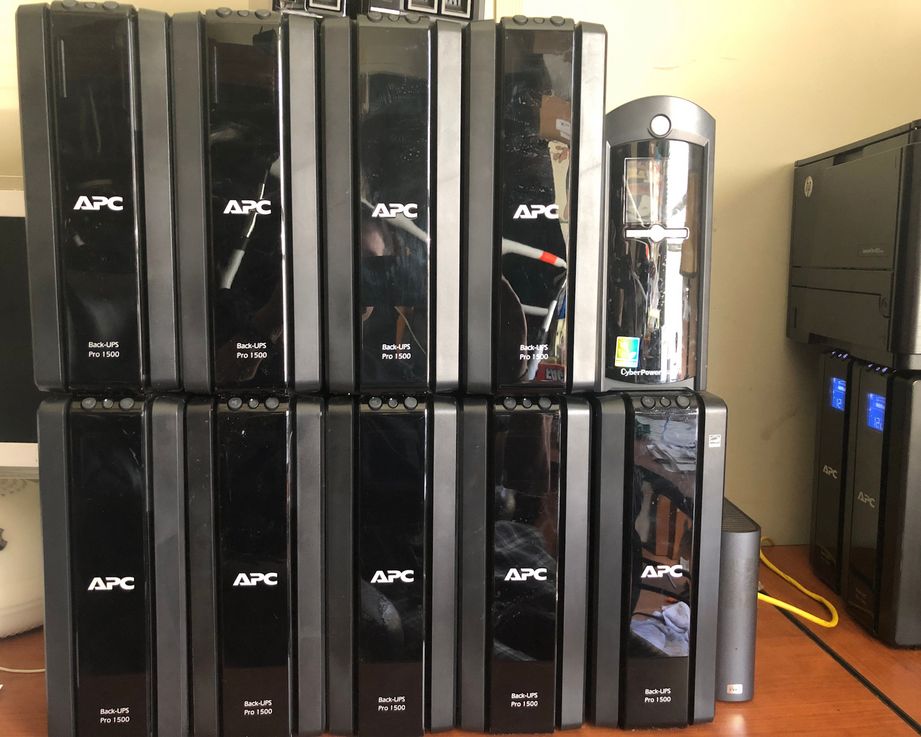 Yeah, if you use the calculators on the UPS manufacturer’s websites, you need a 1500VA UPS to sustain 900W - which is what the APC’s are rated at (can fluctuate a little higher, but their regular draw when heating is about 900W) - for the newer ones.

Did you look into putting a UPS on your panel? It’s possible that may have been cheaper than buying a bushel of 1500’s.

I looked at a whole panel UPS but the problem is that is permanent and stays with the house. I split my time between two residences and also have the RV. These are portable they go with the equipment when I move it. The UPS in my kitchen is under my prep island and I have a strip of power outlets along the back of the island before the breakfast counter.