I’m not normally a planner, even Christmas can tend to be a last minute scramble to get my ham in the cure in time to be ready on the day. But I’m trying to get a little more organised in my cooking.

This year for Mother’s Day I’m cooking luncheon for two mothers, mine (79) and my partner’s (87). To add to the interest factor, we’ll be serving lunch at my mother-in-law’s little independent living unit at her retirement community. Room is definitely at a premium… And I thought my kitchen was small!

The plan is to have as much pre-cooked as possible and merely reheat while we’re enjoying Mother’s Day bubbles.

As usual, I’ve tried to chose something familiar to them but a little special with the addition that I’m on a pretty close budget. So, I chose beef cheeks. I want that familiar braise texture, silky and comforting.

Research has given me more than a little cause for pause, though. It seems suggested times are anything from 9 hours to 36… and temperature suggestions range from 58C all the way up to 80C.

I plan to sous vide the beef cheeks with a standard mirepoix, garlic, thyme and bay and probably some cabernet sauv or shiraz (depending on which I grab from the wine rack). I’ll get the cheeks cooked and seared, the sauce sorted and repack it all for travel.

I’m planning to serve it with buttery mashed potatoes and ratatouille. The potatoes I intend to sous vide once I’ve taken care of the beef. The ratatouille will be done by traditional method, though I might look at a few special options.

Dessert is to be decided, but again it’ll be a prepare ahead in a jar job, I think. Anything chocolate is out, so maybe a creme brulee, but something tangy might be an idea after the richness. Lime? More thought might be needed there.

Any ideas or improvements on the plan would be appreciated.

That’s a great plan! I am sure they are going to love it.

As far as desserts, I think that @RichardOL and @fischersd will be of great help! I know it’s been awhile since @DMW has been on here - but tagging just in case since DMW tried creme brulee.

I had good success with a general recipe of one cup beaten eggs (4 or 5 large eggs), a half cup milk (for a little additional volume), and a pint of premium ice cream. Blend it really well. Cooked at 165F for 3 hours (4 if your starting mix was very cold). Makes 4 8oz servings or 8 4oz servings. 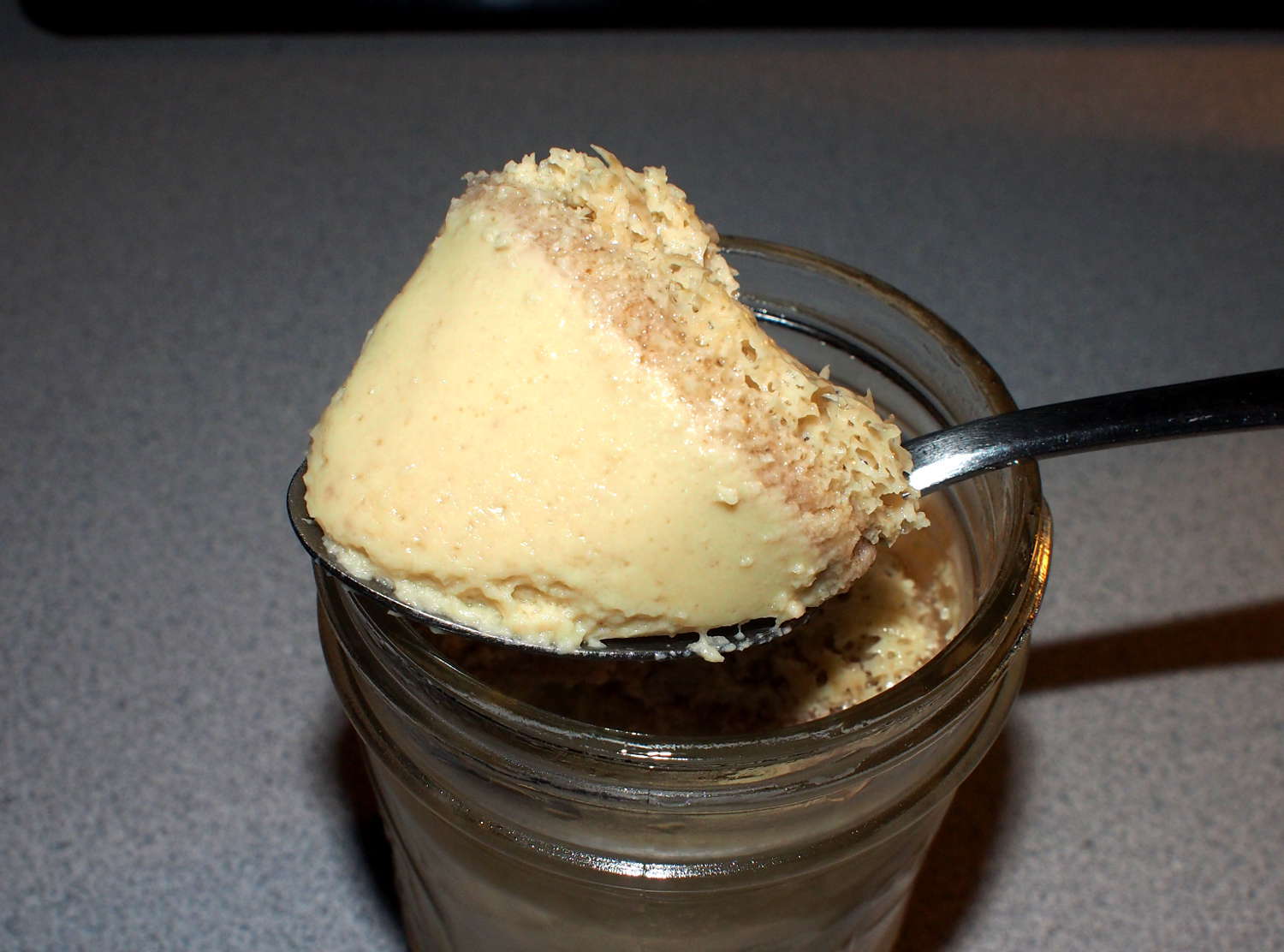 This one is Ben&Jerry’s Strawberry Cheesecake.

Thanks Richard. I did look at your Ben & Jerry’s wonder pots. I think I might need something citrus after the richness of the beef cheeks.

Now that I’ve recovered from the big day here’s how things finally went.

The cheeks were cooked on their own with just a few herbs. A 3 day cook in the cooler at 58C. They got seared and bagged up again to wait until they were needed, the juices reserved for the sauce.

The sauce started with mirepoix sweated off before adding 2 cups of cab sauv. Reduced this down to less than a cup before adding in the juices from the cheeks. Simmered it down a bit further before straining it off and giving it some further reduction. Finished up with around 150ml of the most lusciously rich sauce.

I had to rethink the accompaniments several times, from a fancy ratatouille to a normal one and then to no ratatouille at all. I just couldn’t get the ingredients in a decent condition. Instead I decided on Dutch carrots. Peeled and bagged with a nob of butter, a splash of maple syrup and some white pepper and into a 82.2C water bath for 45 mins. Iced down and into the fridge for Sunday.

Come Sunday morning everything was packed up and taken to my mother-in-law’s little independent living unit. Filled my cooking box, popped the magic cooking stick in to bring the water back to 58C before putting both the carrots and cheeks in to rewarm. Meanwhile potatoes got boiled on an unfamiliar range. I usually cook with gas so it took forever for me to get the pot to boil… Anyway… eventually through the ricer, melted cultured butter and warm cream added and white pepper. Yum. 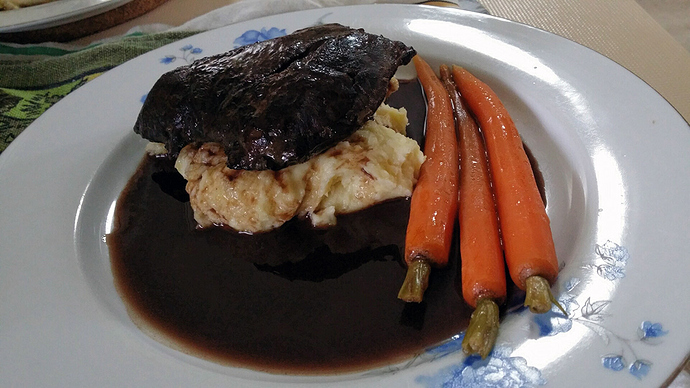 Not a great photo because everyone was sitting at the table watching me, but the cheeks were brilliant. The traditional braised texture and lovely rare flavour and colour.