Advise needed.... from a Steak Guru

First Timer…
Read everything available but experience is the best teacher.
I wanted to try a steak (Porterhouse bone-in) first, when I grill I can usually get the correct results… Wife likes a bit over Rare, I like Mid-Rare. I used my normal spice prep. (Garlic Chips, Salt, White Pepper with an extra dose of Salt of the fatty areas) both sides, I cross cut all the visible fatty areas. Placed in a zip-lock (water pressure sealed) and clipped to the edges sufficiently away from the Anova machine.
I decided on 129 degree F and I estimated it would be OK for 1 1/2hr prior to placing in a pre-heated cast iron pan (with a little Canola oil) in a preheated gas grill for 60-90 sec./side pressing the edges against the hot pan sides. Wood chip smoking, as I like.
Results:
Pro’s: Perfect “done-ness,” color evenly the same, meat closest to the bone very acceptable.
Con’s: Fat not sufficiently rendered, texture too soft, interior marbling too fatty, the applied spices - way to pronounced/overpowering,
Question/Assumptions: Next time way less seasoning will help, but what do I do about the fat issue?

I have a feeling that @colewagoner can be of great help with this one!

The 1 1/2 in sous vide is not long enough to do much tenderizing so maybe the meat was just very tender.

As you experienced, in most cases less of the seasoning is required.

Hey! What helps render the fat more in my experience is a torch! You can target those areas no issue. For the tenderness, the time you cooked it wouldn’t really have made it too tender, so that was probably the cut itself. For the seasoning I think you’re on the right track!

Here is a good article done in conjunction with Anova

Steak is one of the most popular foods for first-time sous vide enthusiasts to cook, and with good reason. It takes all of the guesswork out of the process, delivering steaks that are cooked perfectly to precisely the temperature you like, each and...

Reading the article they suggest cooking very thick and very fatty steaks at the bottom end of medium to get better rendering. I have not tried a really thick cut of highly marbled meat. My wife can not tolerate steak and I try and keep my portion size small.

Lately I have been trying the tougher cuts of meat and longer cooks. Beef short ribs for 48-72 hours are my favorite.

It is funny but everything in that entire article helps but if you notice the cross cut slice showing the surrounding fat is not all that rendered… maybe it is just me but when I grill I always start grilling on the sides first or if there is a bone-in I start upright on the bone side. I slice into the fat along the horizontal side and then cross-cut the fat and roll the fat side in coarse salt. I start a non-bone-in steak on the fat side (edges) first then lay flat on each side… The fat is fully rendered, and crisp, before the flesh side even hit the grill. So, I think, in reading this article I will skip my seasoning, Sous-vide, then season, then finish with my normal grill procedure. I will post what is the result.
But I will experiment with Sous-vide chicken and such til I truly get the hang of this technique before dropping another $25.00 for steaks.
Thanks for your assistance.

Thanks, I have a MAP gas torch (about 5 times hotter than propane) I will use it next time… Thank you. This Sous-vide machine sure is fun to experiment with. Thanks for the help.

It takes high heat and time to render fat. Cole’s suggestion is probably best. The other option is change you searing approach. Do the fat cap on the edge first. The fat will help protect the rest of the meat. Then do the flats. And lastly another quick go an the fat edge to recrisp the surface.

Thank you everybody seems truly interested in mutual success.

I decided on 129 degree F and I estimated it would be OK for 1 1/2hr prior to placing in a pre-heated cast iron pan (with a little Canola oil) in a preheated gas grill for 60-90 sec./side pressing the edges against the hot pan sides. Wood chip smoking, as I like. Results:Pro’s: Perfect “done-ness,” color evenly the same, meat closest to the bone very acceptable.
Con’s: Fat not sufficiently rendered, texture too soft, interior marbling too fatty,

Beef fat doesn’t start melting/rendering until the mid 130’s (F). The cook time is fine though, you could even go up to around 4 hours before you start to see changes.

Thanks, I have a MAP gas torch (about 5 times hotter than propane) I will use it next time…

Pardon my “shoot from the hip” estimate but it is very hot, great to use for plumbing as to limit scorching of surrounding combustibles. I think it should work well, on rendering the fatty areas, of my steaks/chops. When I get the guts to try a steak again, I will report back.

There’s actually an article about which gas is best to use over here: 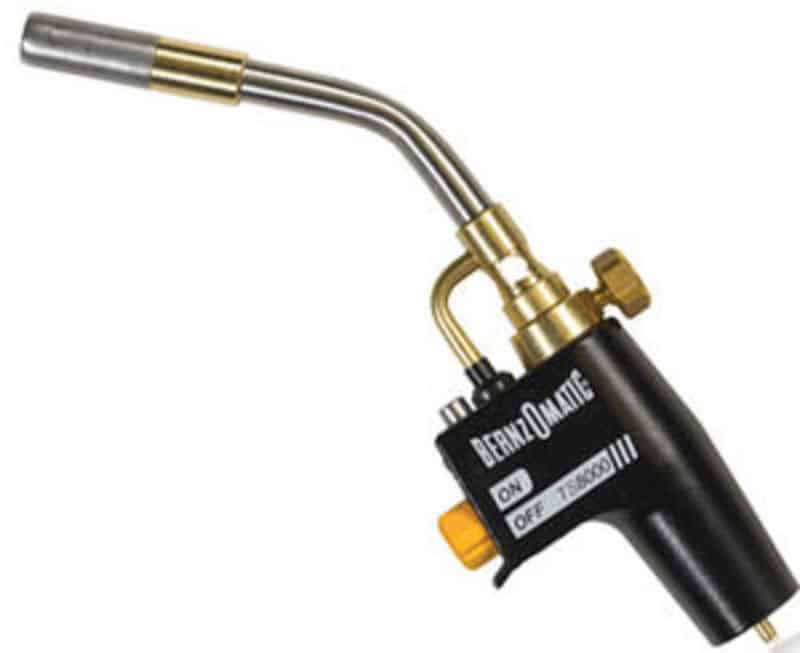 There are several torches to sear sous vide foods and here are some of the best ones for the home and professional cook to use. - Amazing Food Made Easy

Fair warning - they confirm @acs comment - Map-Pro is only 150-200 degrees hotter than Propane.

Thank you, I learned a lot from the article and associated links. I looked at my suppy of Gas cartridges and just as it said, my MAPP gas tank (empty) and my newer MAP-Pro I have several on-hand, and what I have recently purchased. (MAPP temp = 5300 and the MAP-pro is only 3600, Propane is 3450.) I think I could do a good job with all but the article on the Searzall seems to be the ultimate and will fit my existing torches.
Again thanks.

Careful!!! You’re only to use the Searzall with Propane. Using is with a different gas will likely burn it out (destroying it).

5300 is MAPP with oxygen in a welding rig which is a little bit shy of oxy-acetylene, which was it’s original target market, as a substitute for acetylene. MAPP + Air is about 3700.

Unless you are trying to braze your steak, there is a lot to be said about the flame shape / dispersion and BTU output rather than just basing the entire conversation on the flame temp.

The best results I’ve had were with the searzall & propane. Takes longer, but the end quality is better. I’ve hit steaks with the same TS8000 torch minus the searzall attachment, it’s not bad. I’ve used a 300,000 BTU weed burner at 3400F too, it works fast, a bit indiscriminate though.

Maybe if I get bored, I’ll drag a steak out to the shop and clobber it with my oxy-acetylene and a rosebud @ 5700F to see how well it works.

Thanks, I checked with the manufacture/design group:

"We don’t recommend MAPP (or MAP-Pro) gas for a number of reasons, the first of
which is that it results in rapid screen deterioration. We only
recommend the 16.4 oz propane camping tank because it’s what we have
tried and tested. We can’t recommend anything that we haven’t tested.

We’re aware that many of our international customers can’t get ahold
of these tanks, which is part of the reason why we created our forums.
We wanted to give our customers outside the US a place to discuss
products that we haven’t tested at Booker and Dax HQ and therefore
can’t give advice on.

Careful!!! You’re only to use the Searzall with Propane. Using is with a different gas will likely burn it out (destroying it).

This happened to a friend of mine. He bought the TS8000 kit and used the MAP-Pro bottle it came with. It was one of the early searzalls that had the different screen design - I doubt there is much difference in risk though with the newer ones.