Anyone know what is the Australian equivalent cut to the beef lion flap?

IIRC, the Aussies refer to flap steak as “bavette”.

2oBiN - DParker is correct. The Australians use the French word «Bavette» - Sirloin flap steak from Short plate >> Skirt (steak) & Flank (steak). It’s a succulent and finely textured piece of meat.
The bavette benefits from marinating and being cooked on high, dry heat (grilled, broiled, pan-fried or stir-fried). Recommended being sliced thinly across the grain. Best at medium-rare.

I’ve never met a butcher who knows what a bavette is. Here in Victoria it’s skirt steak and flank steak.

Well, sometimes you just can’t trust the internet. I refreshed my memory via a quick Google search on “Australia”, “beef” and “flap” and got a bunch of hits on .au websites that referred to it as “bavette”. Maybe it’s just a trendy thing.

But remember, Google will return page results that use those terms not necessarily the answer to the question.

I’m not saying it doesn’t get called a bavette in other areas of Australia. But in the regions of Victoria where I’ve lived, south east Melbourne, Gippsland and Western District it’s definitely skirt or flap.

In Australia the most common nomenclature used is British as we tend to use the same breakdown on most beasts. American names for cuts are slowly starting to creep in. We are seeing New York Strip steak offered alongside Australian Porterhouse (which is not to be confused with American Porterhouse) in supermarkets. They are identical cuts but the price of the NY Strip is higher.

There are some minor differences between English breakdown and American breakdown. Pork is where it shows up most.

With as small as the English speaking world has become (thanks to modern communication) it would be nice to have the naming convention for meat cuts internationally standardized.
And after that we can work on world peace.
.
.
.
Yeah, I’ve got my priorities straight.

Seriously though - standard naming would be nice.

The critters aren’t even parted out the same around the world. Countries have their reasons for their traditional breakdowns.

On occasion I have had recommendations for grilling and smoking from South and Central American friends. I have found that a picture is very helpful when visiting the butcher. Names can be different and as Ember says the Internet is not totally reliable.

The Internet seems to feed off of misinformation. Once someone posts something wrong it seems to multiply and there is no stopping it. 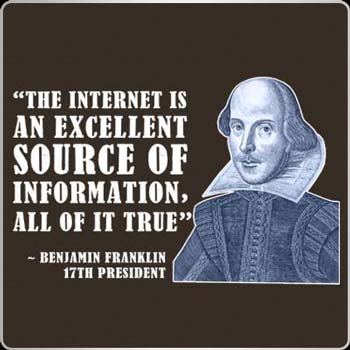 But remember, Google will return page results that use those terms not necessarily the answer to the question.

Each of the results I checked out actually used that term to describe the cut in question. But, as I said, it might just be a trendy thing, or, as you said, might be a locale-specific thing.

Search out an Australian beef cut chart and most of the top returns from Google are American. You can tell by the fact that the Rump is labelled as Round.

Here’s a link to the Australian Butcher’s Guild beef chart.

And the MSA one.

Has anyone noticed that as soon as some national cooking show uses a cheap cut of meat it beacomes a primo cut? I remember when chicken wings were pretty much trash and stores couldn’t give them away. After Buffalo they are more expensive than breasts!

Really??? It seems like chicken legs + wings are still really cheap at my store. But, it could be a regional thing too.

Alyssa…the thigh-leg quarters are still cheap but but that’s not practical if you want to make say 50 chix wings. we pay dearly (4.00 per pound ) for straight wings here in florida and they don’t run sales on them. then you have to throw away the tip. Flap meat, flank steak both 10.99/lb. It was pushed on emerill, alton brown, etc. as a cheaper alternative and now everybody’s demand pushed the price up. Who knows…maybe filet mignon will go down to hamburger prices LOL.

Making wings from legs and thighs isn’t practical? I always thought it was impossible. That’s why I’d go with the inexpensive wings she mentioned.

Alas, Masterchef and its ilk have a lot to answer for. Pork belly, beef cheeks and duck have all gone up significantly here over last few years.

In spite of its trendiness I’m still able to get whole pork belly for US$2.99/lb (AU$8.77/kg), with the skin already removed. That’s good considering my fondness for making homemade bacon.

Even lamb bones have gone up in price. Meat is becoming unaffordable. 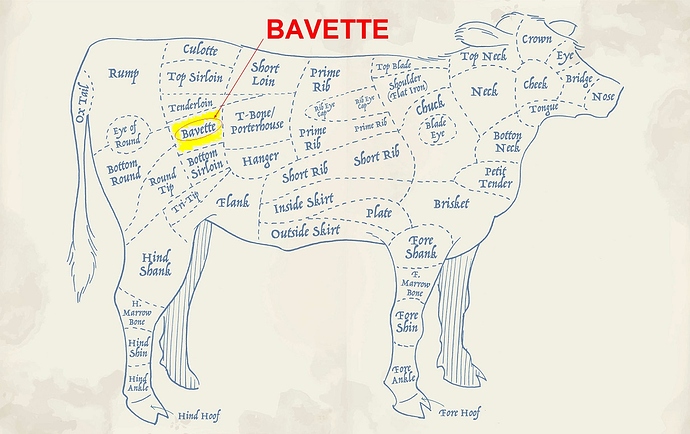 BAVETTE (aka sirloin flat meat because it comes from the end of the sirloin as the loin transitions into the middle part of the cow, near the flank.) Whole bavette steaks are 15 to 20 inches long, and up to 2 inches thick in the middle, tapering off considerably at either end, weighing 3 to 5 pounds.
TENDERNESS: moderately tender if sliced across the grain; a bit of a chew if not.
GRAIN: wide, loose grain runs across the width.
FAT: moderately fatted, evenly distributed.
KEY FEATURES: richly flavourful, with a splendid texture; big steak when whole, with varying thicknesses to work with; engorged, and holds its moisture well.
Source (Kindle Edition): Steak Revolution by Rob Firing, April 24, 2018 - p. 264.1 / 430 - HarperCollins Publishers Ltd
Picture Source: Steak Revolution by Rob Firing, 2018, p. 49.6 / 430 - Picture © by Nick Craine.