After reading about cooking chicken feet and that it is something that some like, I ran into some discounted feet at my store. I am willing to eat anything once so I bought them and re-read about preparing them, 180F for 24 hours. 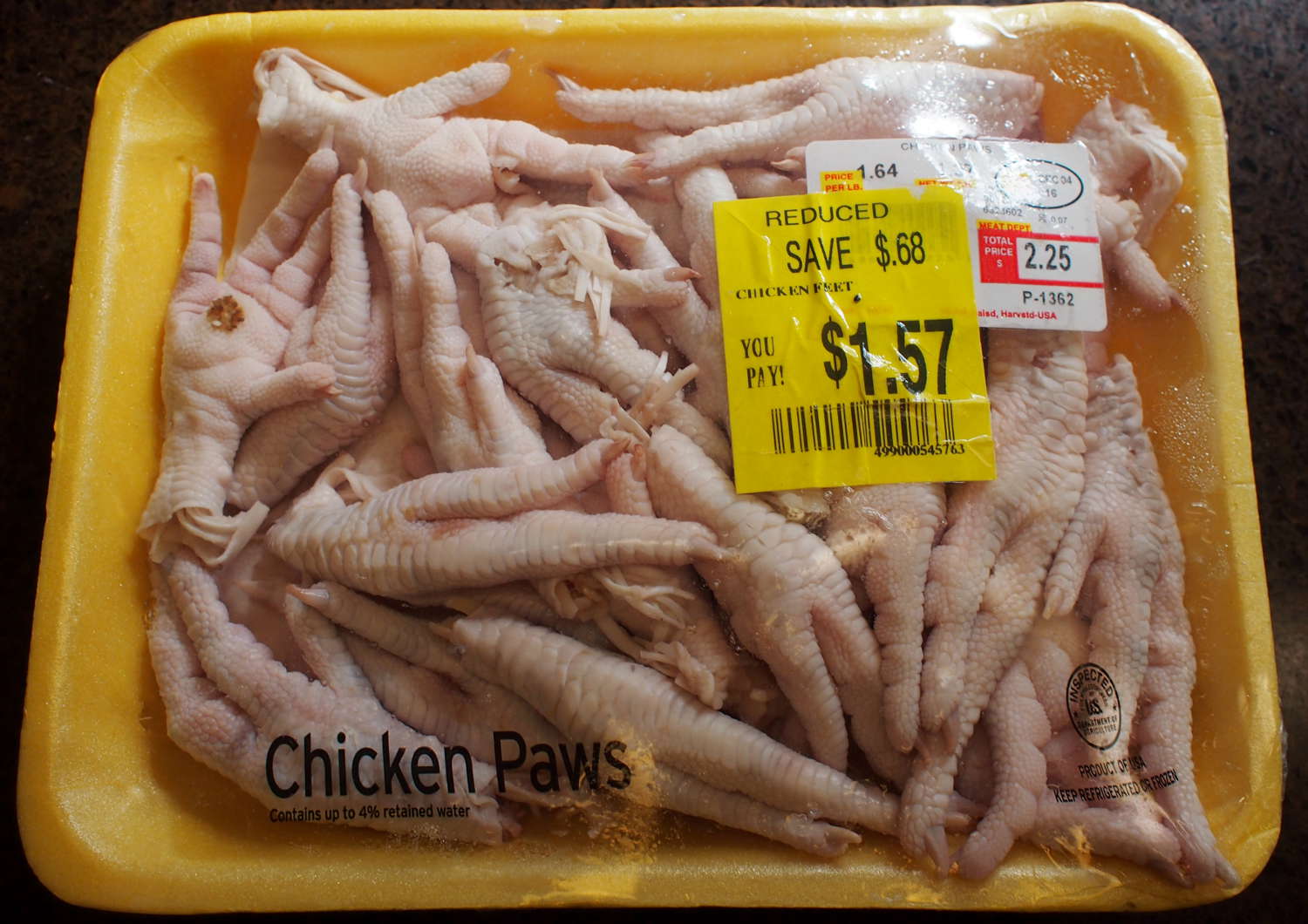 The first challenge was that due to the odd shapes, I couldn’t get all the air out. I used two spoons and while the bags still floated, at least all the feet were below the water level.

I broke them into two batches and seasoned them differently. One was just salt and pepper and the other was a little Korean BBQ sauce, only as much as coated the feet.

At the end I patted them dry and finished them in a 425F oven for a few minutes. That made them look much better. 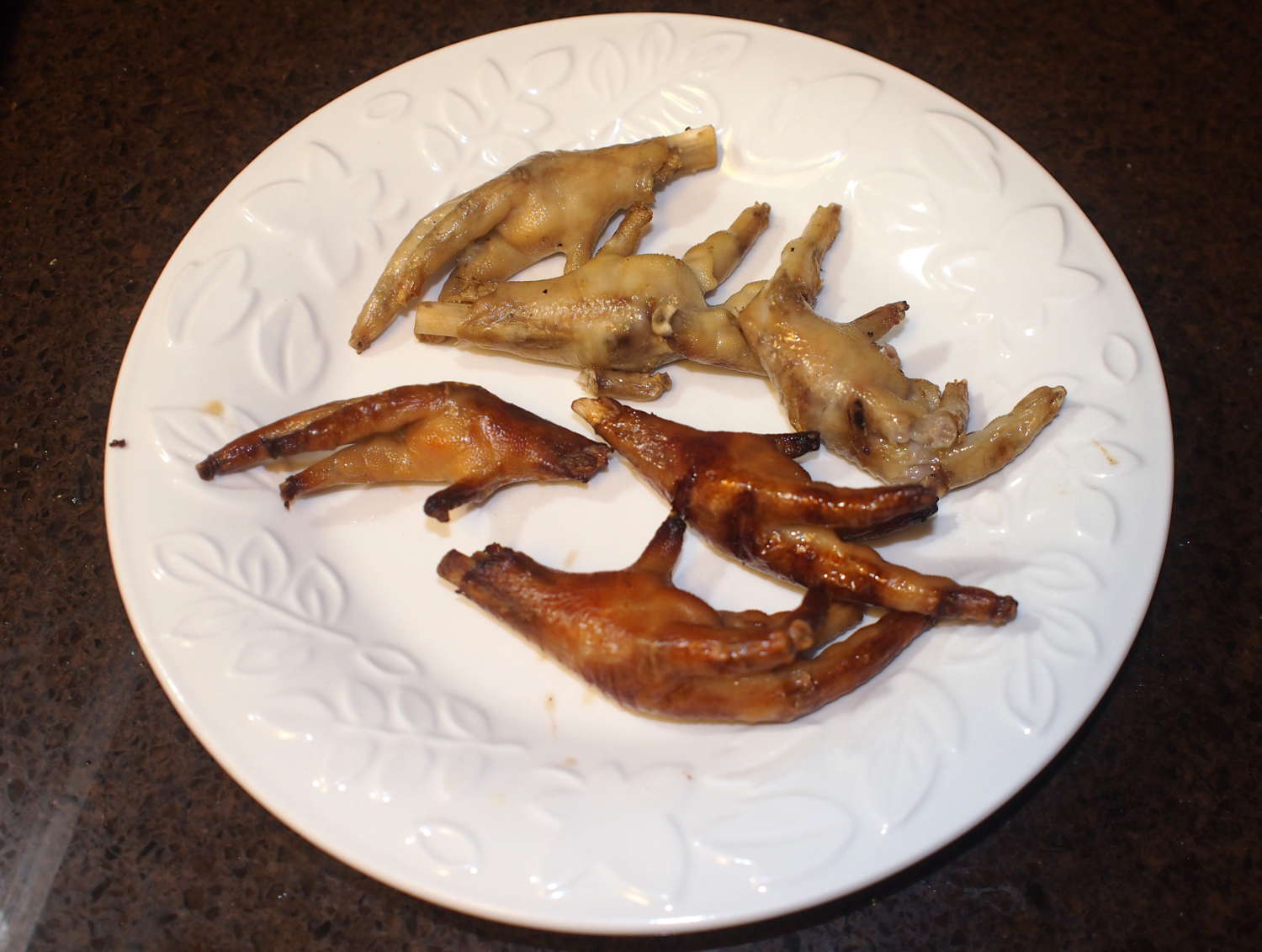 They were pretty good. Although there were small bones, everything else was broken down and had a good flavor and mouth feel. It was an interesting experience.

My grandma is obsessed with chicken feet - I’ve only had it only a couple of times growing up. From what I remember, they are very bony, and they didn’t have much meat in them. Were your chicken feet very meaty?

No, not meaty at all. From what I can figure it is the cartilage and seasoning that is the reason for eating them. Like eating potato chips, a snack food. I would eat them again if I didn’t have to cook them.

Yeah, I think it does well as a snack food. Or even as a something to use as flavor for a stew (which is how I had it).