What is the best way to sous vide country style pork ribs? Temperature and length of cook is really all I’m looking for. Thanks in advance.

It really depends on how you want the consistency of the meat and this is a personal choice. Here is an article that shows the results with different cooking temperatures.

It's easy to see the advantages of sous vide ribs cooked with the Precision Cooker. Learn how with The Food Lab's latest Time & Temp guide in the Anova app!

Country ribs aren’t ribs. They are pork shoulder cut in strips to look like a rib. Being a completely different muscle group, those temps and times might or might not work. Might want to look more at the temps and times for boston butt or pork shoulder - from something that can be sliced all the way up to something that can be shredded (pulled pork). Probably find the ideal somewhere in between.

I see what you are talking about here @acs: http://amazingribs.com/recipes/porknography/pork_cuts.html

But they show something else here: http://www.porkbeinspired.com/cuts/country-style-ribs/

I wonder if it is regional???

Maybe @jvanbeek you can snap a picture of what you have.

@john.jcb Those two links are both saying the same thing, just not described all that well on the pork council page and the block diagrams can be a little misleading with their simplified appearance. In fairness to the authors, it’s not always easy to interpret into laymans terms how the muscles come together. Meathead (who is a better writer than I am) has the most accurate description on his page about 1/3 of the way down. To expand on his description, country ribs are where the loin meets the shoulder and the muscles come together. Technically, it’s a shoulder cut, but a lot of the muscle in the cut, is actually from the loin groups, hence the two differing charts. It’s the end of the loin at the shoulder. Intramuscularly, it’s a leaner group than the shoulder normally, but it still carries a little bit of fat between the individual muscles which are usually separated, with the fat discarded, for loin cut sales. I personally find the cooking to be somewhere between the two and it’s not one of my preferred cuts.

One thing that might indeed be regional, is that where I live, which is the west coast of the US, I’ve never seen any rib bones included in country ribs, which is something that Meathead describes as “might contain”.

Hope that makes some sense.

I live in South Dakota and have seen both cuts with and without bones. These country style ribs are wonderful. I think I’m going to lean more toward the pork shoulder times and temps. Thanks for all your help.

Here in the Midwest rib bones seem to be included.
Another thing I have noticed is that it seems to be increasingly difficult to find a whole pork shoulder or a brisket that is intact and not broken down. Not a big deal for my sous vide adventures but I like the bigger pieces of meat for Summer smoking. Luckily Costco carries them regularly and I have a butcher that can order for me…

@jvanbeek Please let us know how it turns out.

Ok, I discovered this old link on researching different ways to cook country ribs. I just finished some about four hours ago after using my Anova cooker. I cooked mine at 145 degrees for twenty hours and then threw them on a HOT grill for a few minutes to finish up. I applied a dry rub (sorry, I mix according to feel and look so I don’t have exact proportions) of coriander, ground mustard, black pepper, cayenne, ginger, onion powder, garlic powder, and poultry seasoning, and then toss them in a zip lock bag wit about a teaspoon of Wright’s liquid smoke. I like mine Memphis style with sauce on the side. Very good, but I might try using a lower temperature next time. 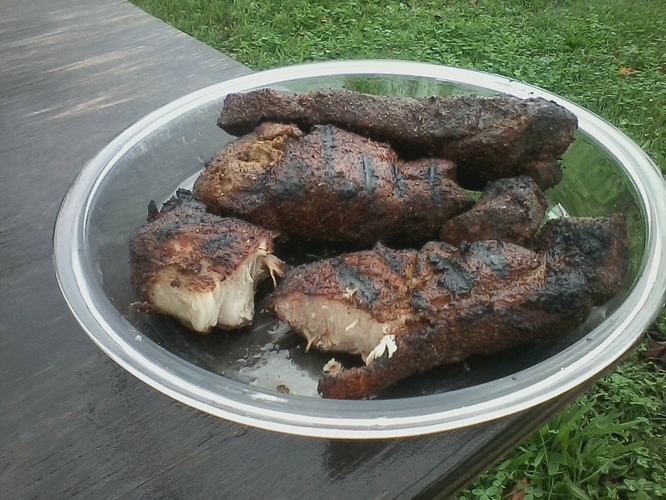 I know this is a late response, but I’ve had a lot of success cooking them for about 3 hours @ 135f. Texture-wise it comes out like a cross between a tenderloin and a chop. Just make sure you trim the fat down if there is a lot as not all of it will be soft enough to enjoy if it is too thick.