Flank steak is not one of my first choice meats, but I couldn’t pass up a big discount in the form of “$ off” stickers on the packages. I got 3 pieces and decided to try to figure out how long to cook them.

My BBQ MO is to take my knobby meat hammer and beat it into submission, then rub it and let it sit for 12-24h. Then a quick sear and slice. 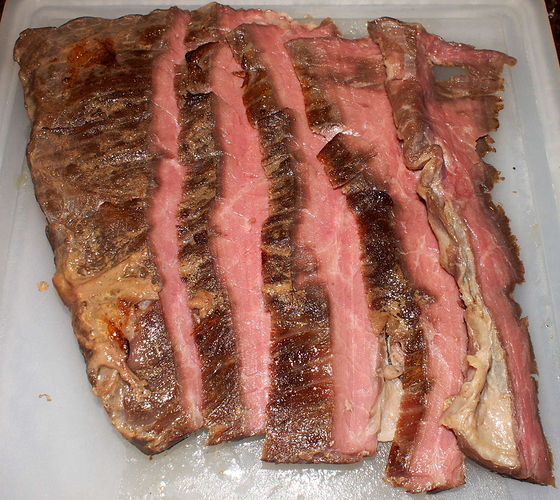 At 18h the meat sliced pretty well and, while not tender, was not tough. 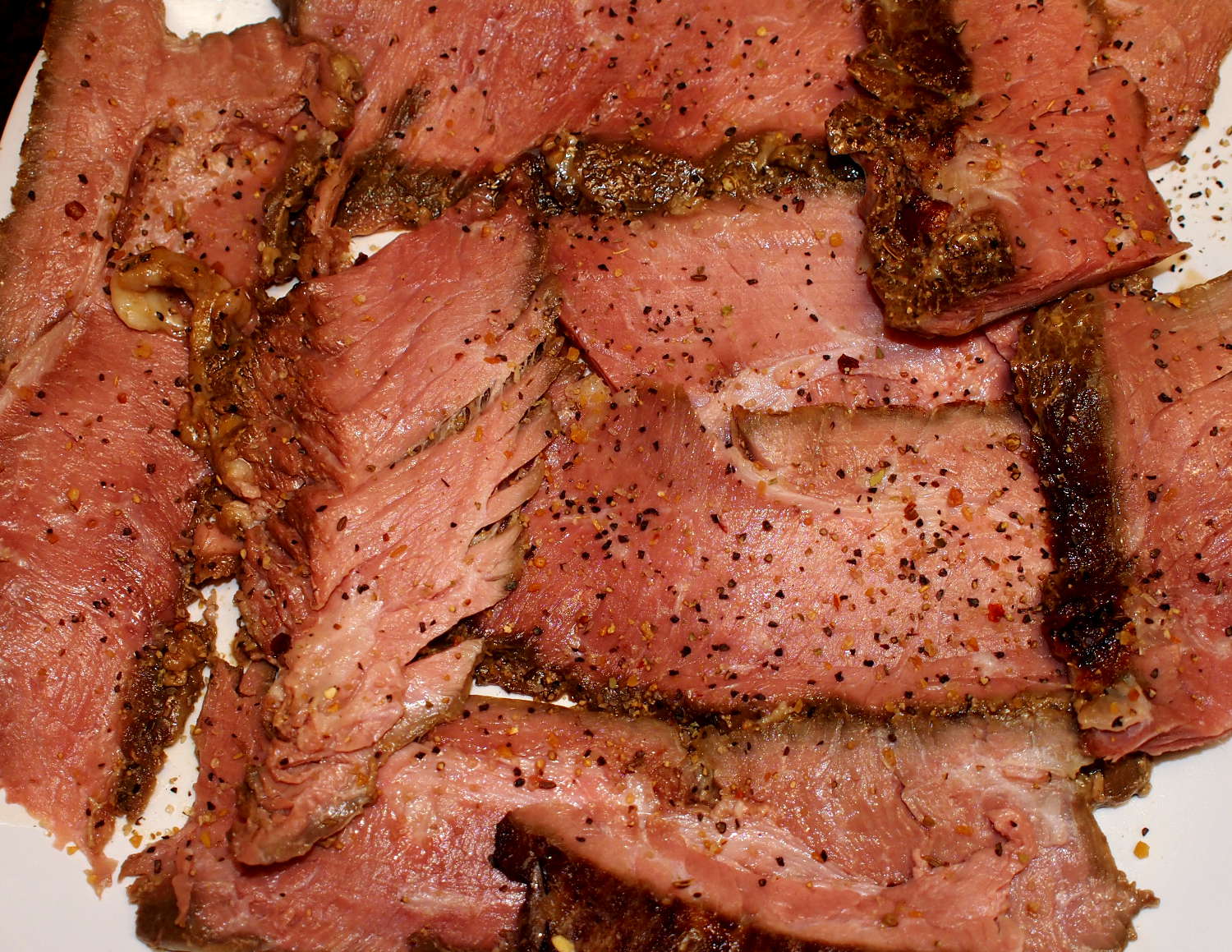 At 36h it both sliced well and was tender enough that I would serve it to company. 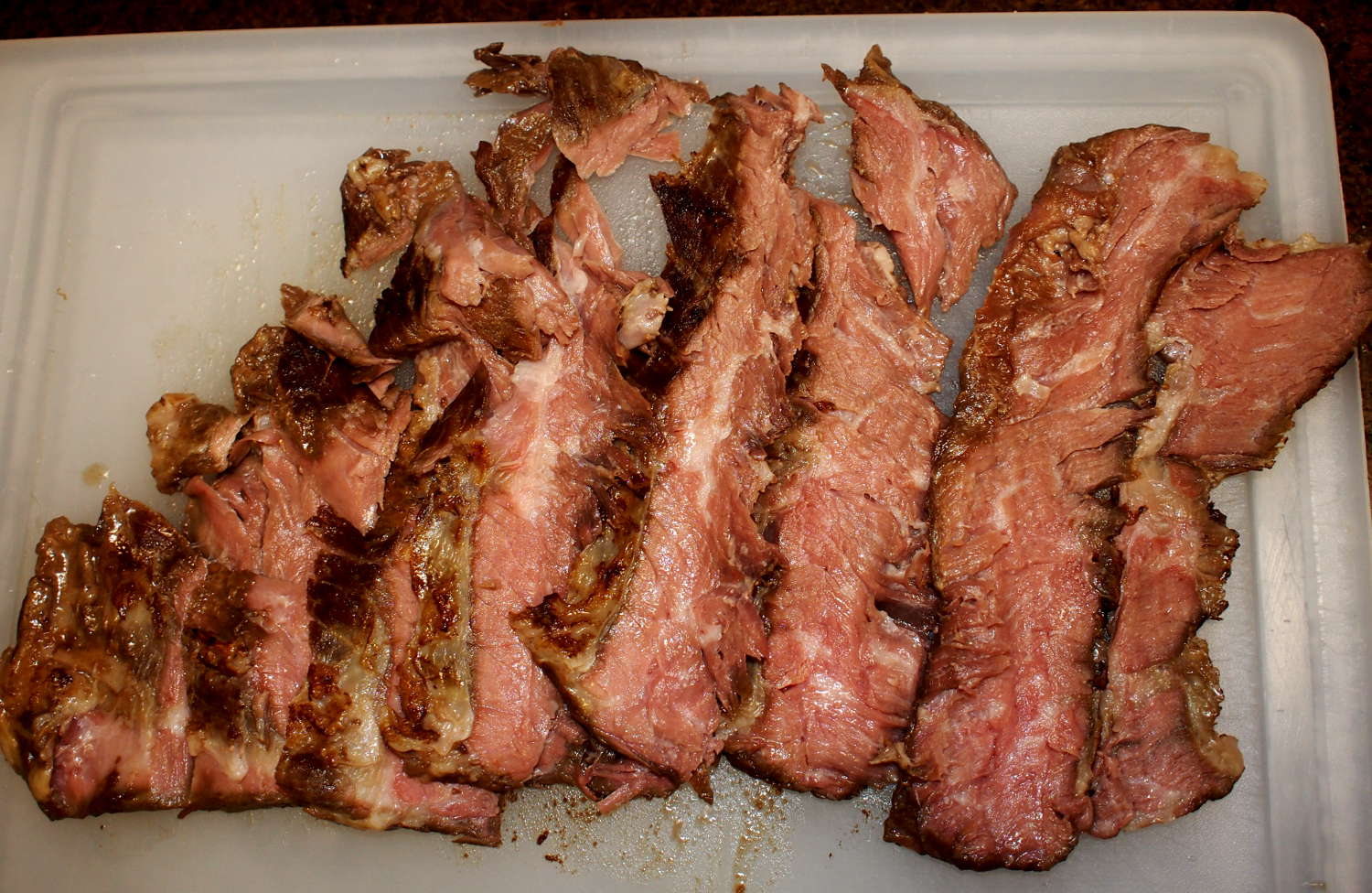 At 60h it is starting to come apart but still together enough to slice. I is very tender and would make an excellent hot or cold roast beef sandwich.

I see posts of others cooking flank for much shorter times, but the flank I got needed time to get tender.

That must have been a good price to use all three for an experiment .

An experiment where he ate all the results. Flank steak and crusty bread make a great French Dip sandwich.

It’s the best kind of experiment. One that gives you happy tummy.

That’s an extremely rare temperature. It’s generally accepted as risky business to cook meat below 55F for more than 4 hours. Length of time ceases to be a factor when you have the potential for bacteria growth during a long cook.

If you want tender meat that rare, buy a better cut.

I think that might be a little too cool to be safe. 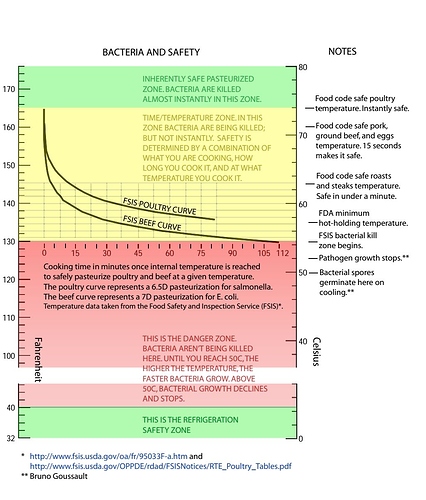 The chart is very helpful for those who don’t ordinarily think in terms of Celsius in stead of Fahrenheit.

If you want tender meat that rare, buy a better cut

It’s not only about the tender meat. Better cuts doesn’t have a so strong beef flavor as flank has.

I’d probably suggest a bit higher than 55C for ribs just because of the bone mass which blocks heat. But 54C is where it’s at for boneless cuts. You’re singing to the converted here.

I agree with very long cooking. I have done 24 hours. I’m tempted to try longer now.