I know there is the original egg-bite thread, but I thought it would be good to have a repository for everyone’s favourite Egg Bite creations. I’m sure by now we’ve all tried the classic Bacon Bites, but what’s your latest creation?

To the jars I added asparagus that had been lightly blanched and refreshed in ice water and cut into small pieces.Also a little red capsicum/bell pepper and a little onion both finely chopped and sweated in some olive oil. 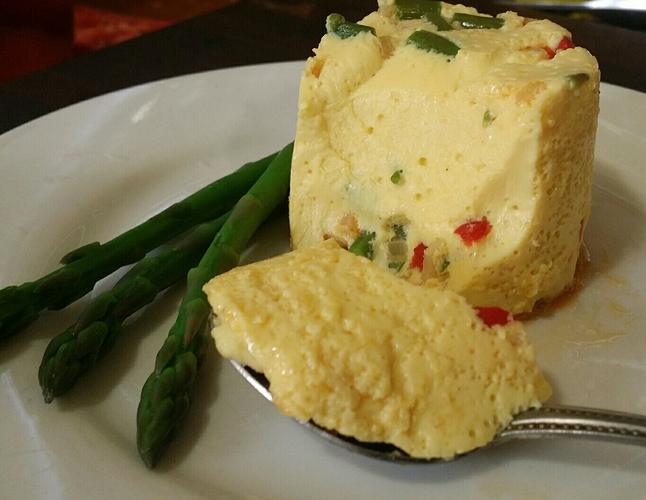 To do them again I think I’d ditch the cream cheese in favour of more chicken stock.

Let’s add another one to the collection.

Onion jam and goat’s cheese. I didn’t manage to get the onion quite as jammy as I’d normally like, but the sweetness is there. A splash of balsamic in the onion to finish and the slight tang of a young goat cheese in the egg mix counter the onion sweetness nicely. 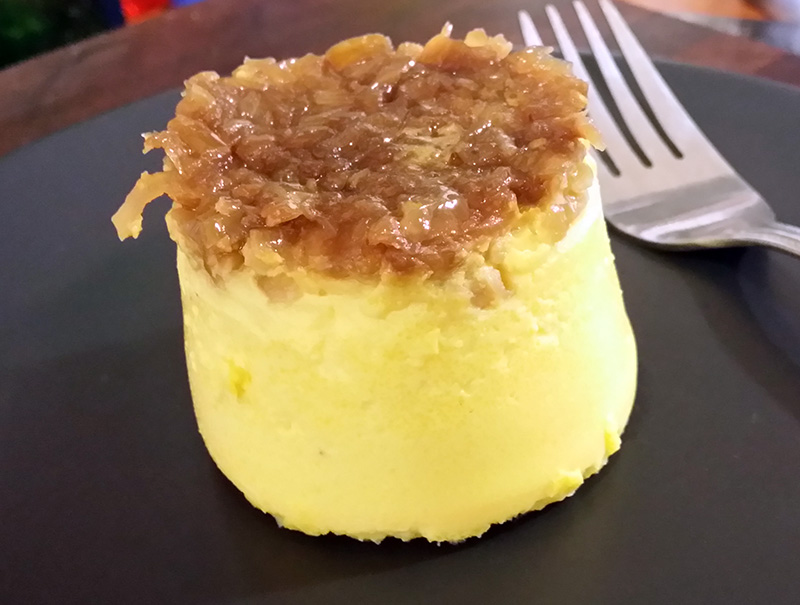 By the way - how did you make the onion jam?

The onion jam is just a simple slow caramelisation of the onions. When they’re gooey and sticky enough I add a dash of balsamic vinegar to deglaze the pan a bit and balance the sweetness.

I was given a tip from an Indian grandmother to speed up the cooking process on the onions. When you add your onions to the pan add a little water too. The onions can’t caramelise until the sugars are converted, which happens as they cook. The water will steam the onions, speeding up the cooking process a bit. The onions will then start to brown once the water has evaporated.