Looking for a a way to cook egg bites without jars; has anyone tried to use the silicone egg cookers such as this one? https://www.amazon.com/ask/questions/asin/B076JHSXG8/ref=ask_al_saq_ql_hza

They work great! Worth the small investment, especially if you are going to make them often.

For us Brits, or other people who don’t know, what are egg bites?

Here’s a link with details
https://www.starbucks.com/menu/food/hot-breakfast/sous-vide-egg-bites-bacon-gruyere

Woops! I’ve never been into a Starbucks, although there is one in my town, I know I should have asked google and saved my blushes but I’m a little old fashioned and that wasn’t the first thing that came into my mind.

Don’t bother blushing…the first time I ever heard of them was in this forum as well.

And I hear they are delicious but I’ve yet to make any!

They are nice. Try this:

Thanks Michi! This sounds delicious!

Rather than using the truffled cheese you could use truffled eggs. I was amazed at how much truffle flavour is actually absorbed by the egg when they are stored together. 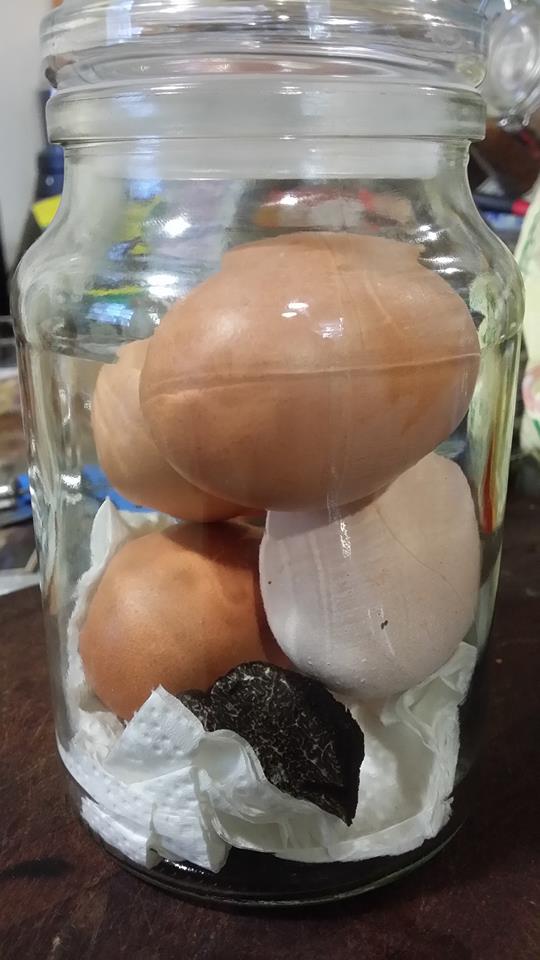 Yes, this does indeed work very well, as does adding a few truffle shavings to the mixture and keeping it in the fridge for a day before cooking the egg bites. It’s just that a lot of people don’t want to splurge on truffles. They are expensive and hard to find in many places. In that case, truffled cheese and truffle oil are the next best thing.

But that same recipe is still very nice if you don’t add any truffle at all. Or experiment with herbs. A little chopped basil, or a pinch of paprika, or cracked pepper, or curry powder. All of these will work.

Are you asking if you can sous vide in these? If so, then I’d say they wouldn’t work for you. The lid simple sets on top. I’d think the egg mixture would leak out of the top.

I have not used them, but by the video I don’t see why they would not work with sous vide. I can see a lot of ways one could flavor the eggs herbs and spices. Cool Chef Blake

Sorry…I’ve never done sou vide cooking and am not sure. If it involves submerging the unit, then I doubt it, because the yellow lids simply sit on top of the blue eggs shapes, and would let water in. A/Q@ Amazon. They have a small vent hole in the lid I saw this after my first response

If they work in boiling water, they should work fine in a water bath with an immersion circulator like the Anova. As long as the device doesn’t leak, you should be fine.

I didn’t want to invest in small mason jars until I knew whether I liked the egg bites enough to justify the place they will take up in an already small kitchen. . I found a post somewhere that suggested your put your egg mixture into a silicone muffin pan, then pop it into the freezer for 2 hours. Remove, and then seal individually in plastic bag of your choice. Keep frozen till ready to put in the water bath. I tried it, and they do keep their shape fairly well. I tried putting 2 in one bag, and it was pretty hard to keep them entirely separate from each other while vacuum sealing with the food saver, but not impossible. I may get better at it with practice.

The mason jars can be used for way more than just egg bites.

Yes, but I live in a 30 foot trailer with a tiny kitchen area, so storage space is at a premium. If I can do them without the jars it would be great. Now that being said, I have yet to try to make cheesecakes. That could change everything, lol.