Here is a cooking vessel to be used with the Anova precision cooker. It utilizes parts made by Vollrath which make pans and covers fro restaurants. The pan is a Vollrath 30262 pan and the associated 52431 plastic cover. I purchased mine from RestaurantSupply.com.

Here is the pan with the modified cover (that my husband constructed) and the Anova precision sous vide cooker attached.
(Could not display image because of an Anova site restriction)

Here is the pan and cooker (cover off).
(Could not display image because of an Anova site restriction)

Note: with the cover off the temperature starts to drop and will not reach the setting of 135 degrees. The cover helps to maintain the proper temperature.

Here is the modified 52431 plastic cover. 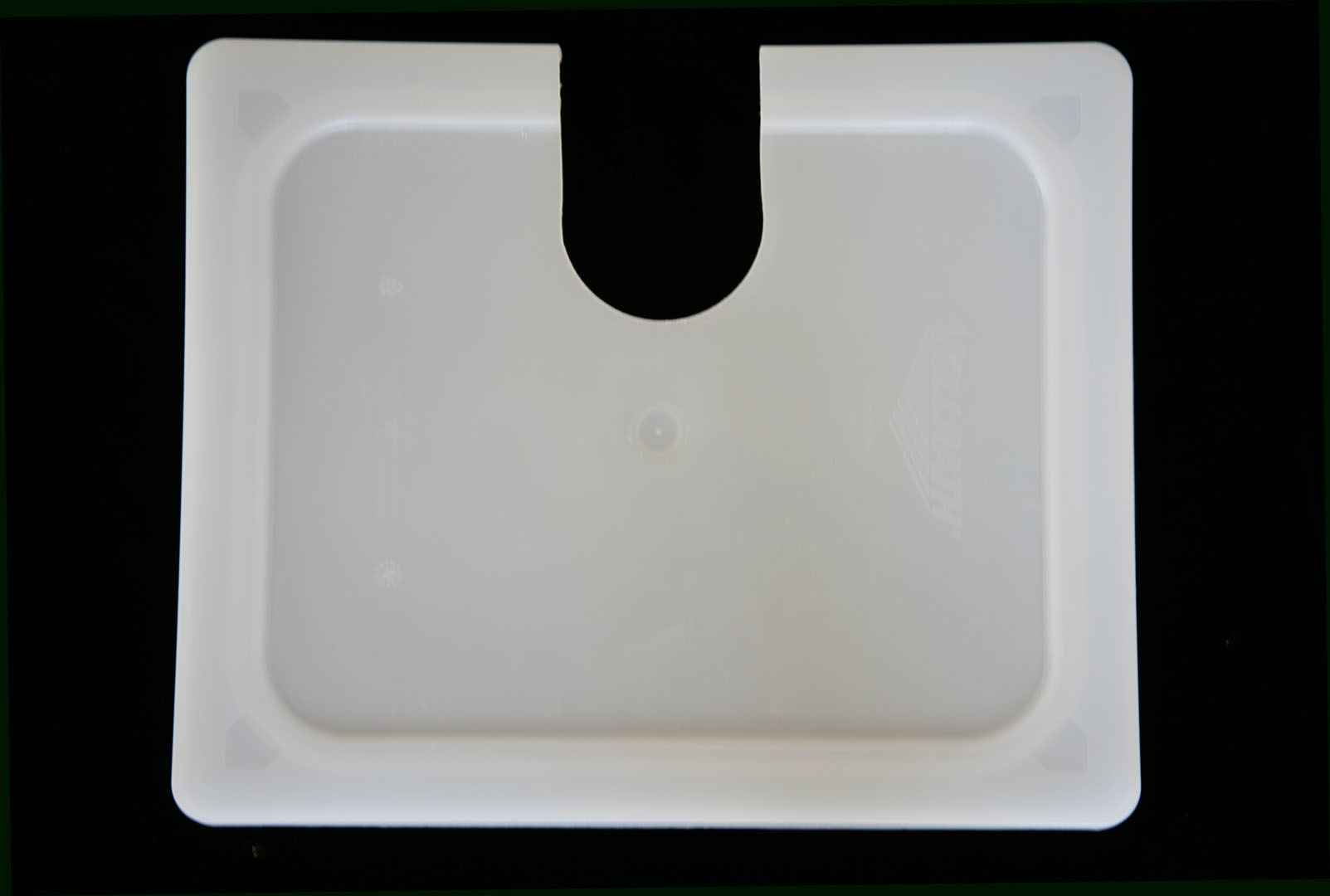 IMG_0004.JPG1603×1080 61.6 KB
He used a 2.75" hole saw to cut a radius into the cover at 2.375" from the edge to clear the diameter of the cooker bracket sleeve. He then cut the plastic material tangent to the radius to the edge of the cover so that the cover can be attached and removed without disturbing the sous vide cooker.