After a crazy week last week, I was finally able to to do some workin the kitchen. Also, I’m super excited that in just a few weeks, I’ll have a larger, much nicer kitchen. Will definitely cook more often there. But for now…

Yep, everything cooked is vegan. Even the burger. Beyond Burger was used.

According to the directions, the burgers need to be cooked with an internal temperature of 165F, so cooking them with the Anova made it so much easier to get them to the right temperature. I’ve overcooked and undercooked these burgers before and the texture were off both times. This time it was perfect. 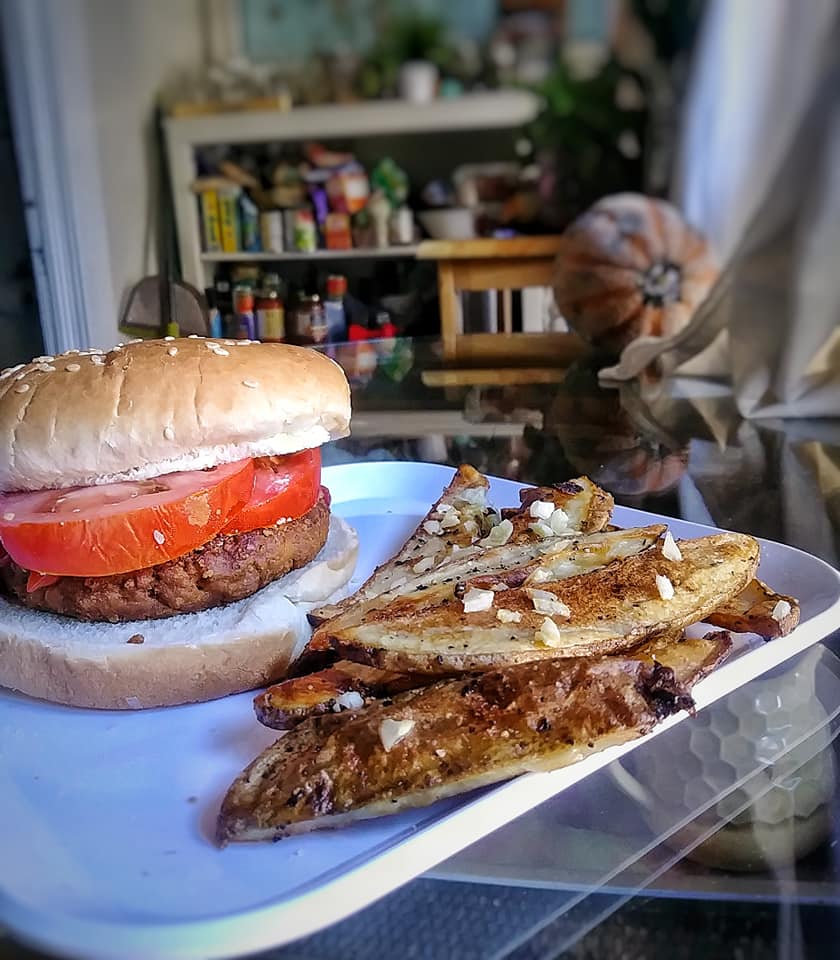 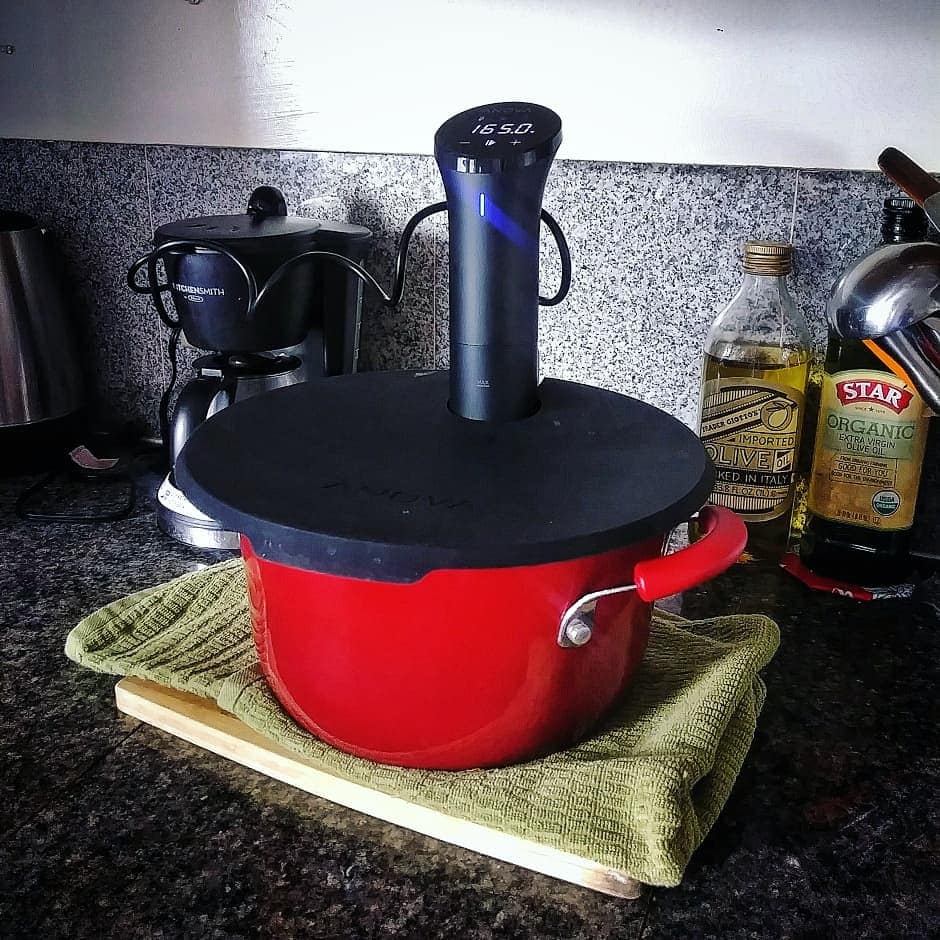