Technical drawing for cutting out holes in containers

I just used about half an hour cutting out a hole in the lid of a styrofoam box so that I can use it to minimize water evaporation and energy usage during long cooks. I noted how much easier it could have been if I had had a technical drawing with the dimensions of the clamp - perhaps even one that was ready to print out at scale. Does this exist already or could Anova publish it? 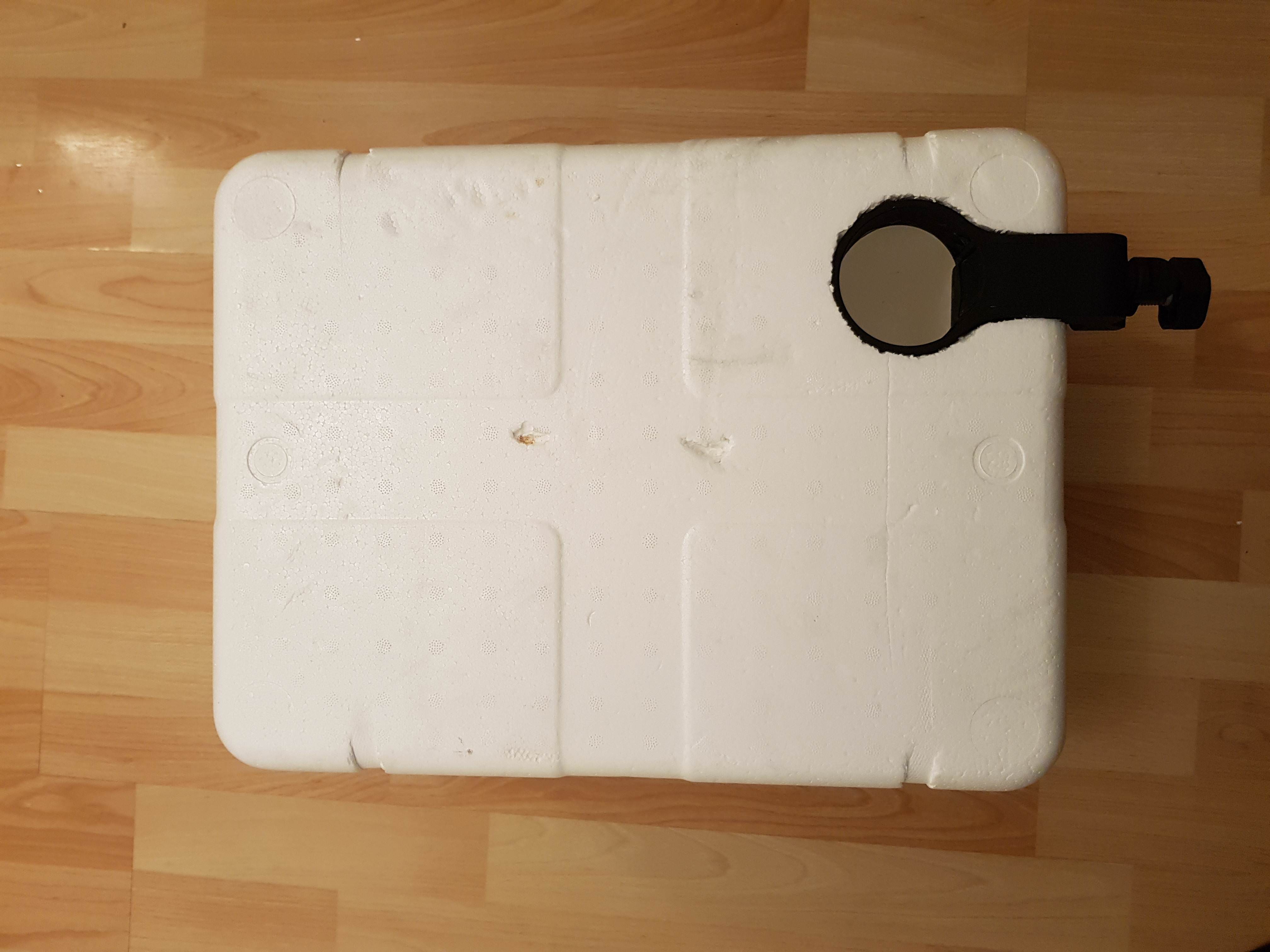 Umm. Or you could just forget about the clamp, drill a hole and let the lid support the APC on its own?

That’s a decent idea. Unfortunately, the box I’m using is quite tall, so I want the APC to be as deep as possible so I don’t have to fill the box with too much water.

Yeah, you can’t do that. What I was talking about was where the black plastic increases in circumference, above where it meets the stainless steel - you cannot obstruct that vent. If you do, your APC will overheat (and you likely just voided your warranty).

Resting it on that larger ring of plastic might be possible, but it would place the weight on the surrounding polystyrene and I’m afraid it would crumble away.

I’m not sure what vent you’re talking about. Is it the large one above the plastic ring or the three small holes below it? In the former case, it’s above the clamp and therefore outside the box. In the latter case, it’s inside the box in my case, but luckily, I haven’t used the APC with the new setup yet, so there will be no voided warranties today. 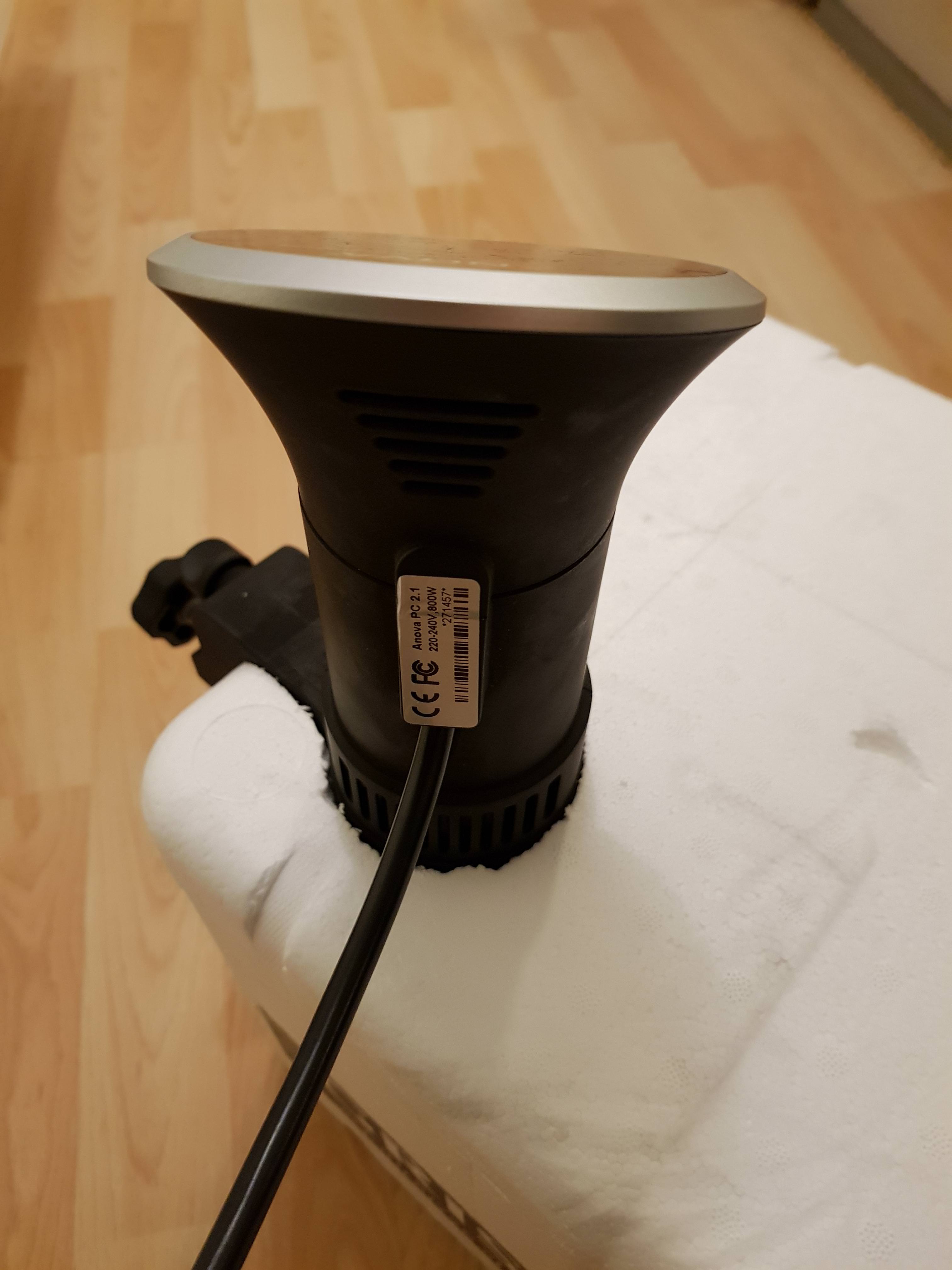 Looking at that pic, it looks like you’re ok. There’s two vents in the APC - there’s the one that allows the heating system to not over heat (below the power chord - that row of openings - that’s where the exhaust from the heater will come out). The others are above that at the back of the “head” of the unit - that allows the electronics to breathe. (IMHO, not the best design, having your exhaust vent below your cooling vent for your electronics)

Anywho…like I said - it looks like you haven’t obscured the exhaust vent - so you should be fine.

Thanks! Just gluing on such a washer could probably prevent the edge from crumbling.

I just keep it on the sleeve in general. keeps the evaporation from being an issue, holds it steady, and holds it in place. Gluing it to the cooler would make it harder to put the APC in the cooler.

Ah, I see - you have the washer on the APC itself. (was wondering how that was going to work, as that being 1/8" narrower than the APC would have provided a very snug fit…not something you’d want to be putting the APC through each time you want to use it).

Having the hole 1/8" bigger than the APC itself gives you travel room without friction being a problem (many people can use electrical or duct tape to get a better seal in their lid).