When sous viding burgers, use a zip lock bag instead of a sealed one. As the bag is gently lowered into the water (133 degrees for 40 minutes is the perfect medium rare) the air is pressured from the bag, zip lock the bag and then drop into the water.

Appreciate you posting the tip!

Two concerns I have with people doing this as you’ve stated:

If you’re thinking about doing this from a tailgating standpoint, I’d be tempted to cook them in advance at home (for several hours so they’re pasteurized), then put them into an ice bath - then into the fridge or freezer to keep until the day of the big game. Then just use the sous vide to thaw them and bring them up to temperature before you do that final sear (presumably on your grill).

Great tip! Another trick I learned from Kenji is to seal each of the patties separately, so they’ll better maintain their shape and won’t get squished together.

Do you have a source for this info?

Multiple documentaries and articles I’ve read over the years (nope, I’m not going googling for sources). Katie Couric was in one of them.
Edit: Yes, she’s done two of them. Food Inc was back in 2008. It definitely discussed the e-coli problem. Not sure if the 2014 one that she did “Fed Up” did or not.

So, that’s a span of 7 years and it’s looking like the problem hasn’t been fixed yet. (but, most people don’t eat rare ground beef).

Then there’s the immunity build up. (we found this out in Ontario due to the Walkerton e-coli breakout) Most Ontarians had built up natural resistances to the e-coli in our drinking water (it was never being treated sufficiently) - this was only discovered that we didn’t have significant protection when Walkerton happened (due to a large, industrial swine operation being brought in that flooded the local water table with massive amounts of e-coli).

The 2000 Walkerton outbreak of waterborne gastroenteritis was the result of a contamination of the water supply of Walkerton, Ontario, Canada with E. coli and Campylobacter jejuni bacteria. The contamination sickened more than two thousand people and resulted in six deaths. Two town officials eventually pleaded guilty to charges of common nuisance stemming from the contamination. Walkerton, Ontario is a small township in the municipality of Brockton, 180 kilometres (110 mi) northwest of Toronto....

People can build up an immunity, but if there is a spike or people consume the tainted material that have no natural immunity, that’s where people get sick (and some die). One of the most common results is life-long kidney damage (one of my friend’s daughters was one of those harmed).

While it certainly can exist, I think it’s being a bit overblown to be honest. The USDA actually tests ground beef for e-coli at the facilities, but oddly, not all primal cuts are tested. And, CDC only lists one beef related outbreak last year.
https://www.cdc.gov/ecoli/2016/o157h7-09-16/index.html

As for ground beef being exposed to bacteria, sure. No question there. What the bacteria is, could be any number of things. And while most are benign though, it’s still wise to follow a cooking procedure that either takes the internal temp up to 165F or you pasteurize with longer 131F or greater cook via SV.

Not a bad article but it doesn’t actually back the belief that all commercial ground beef contains e. coli. In fact they clearly state in there that e. coli was not found in any of the samples tested. It further goes on to say that it’s probably only found in a very small percentage of supermarket meat.

Ok, I’ll go back and review the consumer reports article, but from the CNN article:

“The study also found that nearly every sample of ground beef, both conventional and sustainably raised, had enterococcus bacteria, which can cause urinary tract infections associated with handling ground meat, Rangan said. The high prevalence of enterococcus suggests that a lot of fecal contamination happens during slaughter.”

Ok, that’s a mistake on the CNN article. If you look at the consumer reports article, scroll down to the chart “BACTERIA IN BEEF - Percent of samples with bacteria”

How Safe Is Your Ground Beef?

In its special report, Consumer Reports asks, How safe is your ground beef? If you don’t know how the ground beef you eat was raised, you may be putting yourself at higher risk of illness from dangerous bacteria. You okay with that?

So…80 outbreaks in the 9 years up to 2012, but only 1 in 2016? (the consumer reports vs CDC reports data don’t mesh up) How many infections do there have to be to warrant a notice on the CDC page?
The USDA is also not a consumer protection agency…they’re lobbyists for the food industry.

E-coli potential aside. The problem with minced, err sorry… ground meats comes with surface area. The finer the grind, the more surface area available to grow unwanted flora and fauna. This is why the suggestion is to use or freeze fresh minced meats from the butcher within 24 hours and supermarket purchased product will often have sodium nitrite added. It’s the same reason why home sausage making recipes add cure #1.

That is why the recommendation is against rare ground meat products.

The solution to the problem would be to minimize the time between mincing and the cooking process. Either buy your freshly ground beef from the butcher (watch him/her do it in front of you) and cook it as soon as you get home or grind it yourself as part of your recipe preparation.

So…80 outbreaks in the 9 years up to 2012, but only 1 in 2016? (the consumer reports vs CDC reports data don’t mesh up) How many infections do there have to be to warrant a notice on the CDC page?The USDA is also not a consumer protection agency…they’re lobbyists for the food industry.

You’re comparing data from 5 years ago to today. Most of the information of the information everyone else uses actually comes from the CDC, as by law, medical services and health agencies have to report these things to them. As for what the CDC considers an outbreak, 2 or more people qualify.

When it comes to the USDA, I believe you might be confusing them with some other group. The USDA is the US Department of Agriculture. They aren’t lobbyists, not in the slightest. Among other things, they are the federal inspectors responsible for monitoring processing facilities.

Anyway, thanks for the source, that’s all I was really curious about. Cheers.

No, I fully know what most people think the USDA is.
They’ve time and again put the needs of big agriculture ahead of those of the consumer. 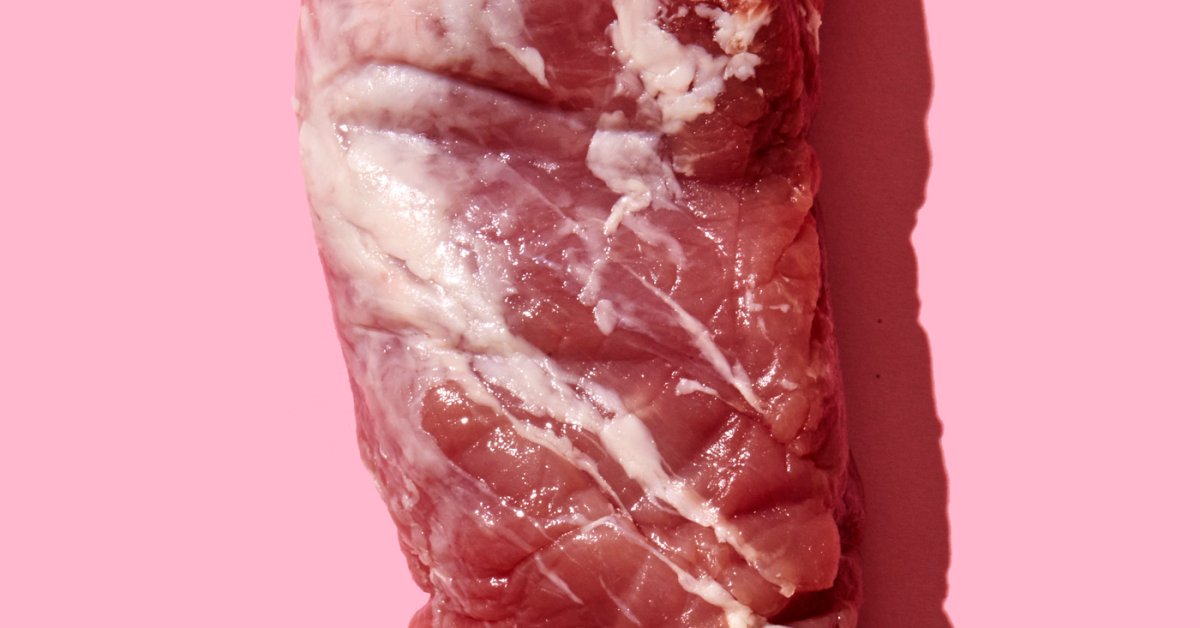 Prominent experts say the 2015 guidelines were influenced by industry 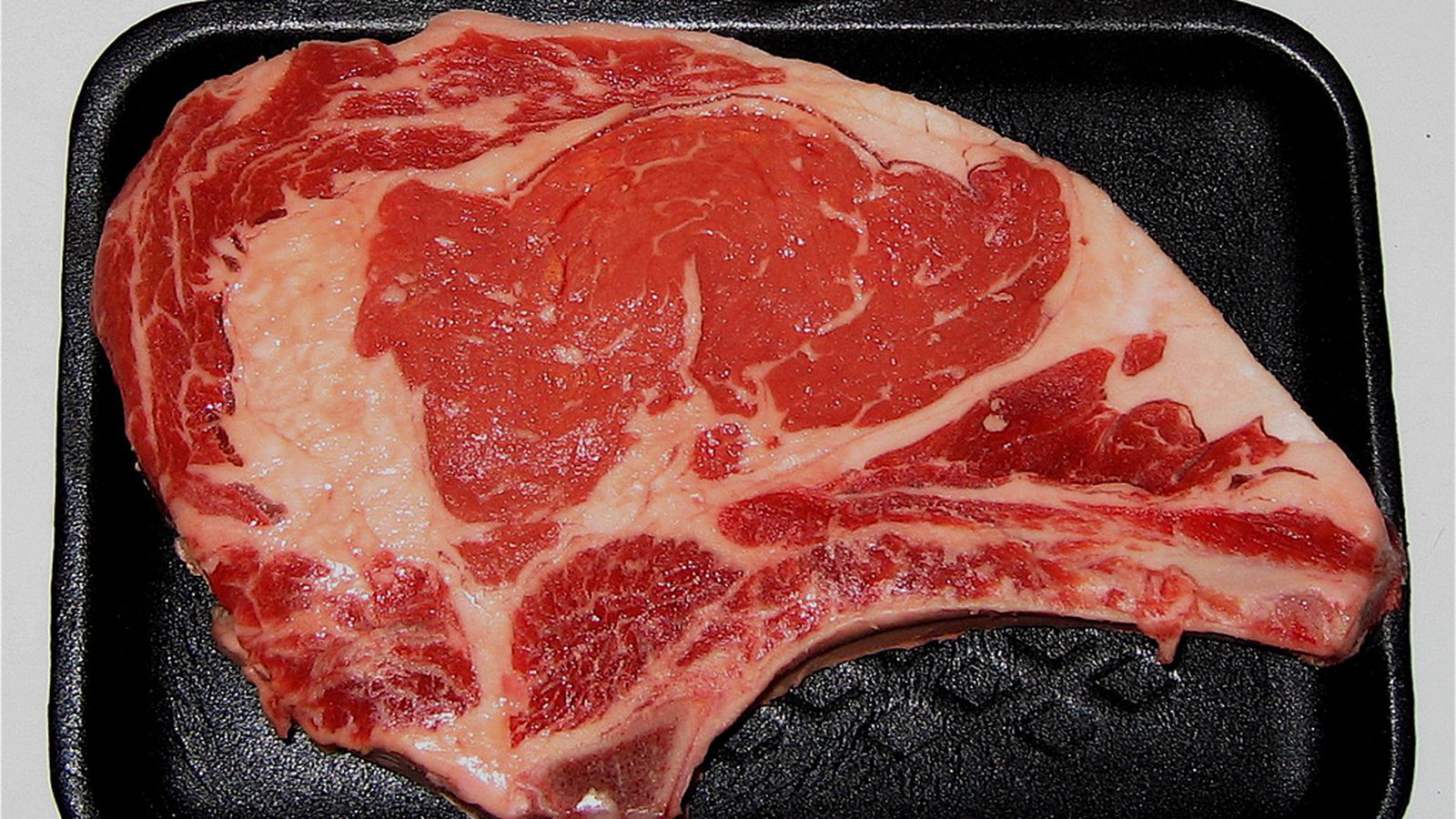 New US food guidelines show the power of lobbying, not science

Federal officials released a new set of dietary guidelines today that could have set a new path for Americans by encouraging people to eat less red meat and less sugar-sweetened beverages. But...

Many of their committees are also staffed by representatives of big agriculture and food producers.

How can you have objective polices created when the people controlling the discussion are those that you should be policing?

Heh, and, no, I’m not saying that Canada’s system is free of corruption - we have the same problems.

No, I fully know what most people think the USDA is.They’ve time and again put the needs of big agriculture ahead of those of the consumer.

Many of their committees are also staffed by representatives of big agriculture and food producers.

How can you have objective polices created when the people controlling the discussion are those that you should be policing?

Heh, and, no, I’m not saying that Canada’s system is free of corruption - we have the same problems.

That’s something entirely different than a lobbyist, which is what you specifically called them. And, they are not, by definition, lobbyists, at least not according to an English dictionary. You do have those in Canada, right?

Had you just come out and called them susceptible to / influenced by lobbying, then I would have agreed with you, because yeah, duh. What government agency isn’t? Sure, they cater to some, but it’s not like everything they do is driven by this.

Now, implying that all of the the on-site inspectors unconcerned, inept, or now corrupt, as you essentially did, is a bit of a stretch.