Finally had my first malfunction

I was doing a 36 hour cook of some beef short ribs when, at the end, my ability to finish them in the smoker was delayed. So I dropped the set temperature from 155ºF to 135ºF and removed the cover I had on the uninsulated polycarbonate tub to at least let it start cooling a little bit before I took it out. About a little more than an hour later I noticed that the displayed current temp hadn’t budged from 155ºF, which I knew couldn’t be right. So I shut down the cook, unplugged the Anova and plugged it back in…whereupon the displayed current temperature was 118ºF. I quickly verified this with an instant-read thermometer, and it was correct. So I reactivated the unit and it quickly heated the water back to the target temp of 135ºF and held it there until I was finally able to remove the ribs.

So at some point (presumably when I changed the set temp) the unit stopped reading the actual water temperature and proceeded to operate based on the last temperature reading it had when the set temp was changed. I’m going to keep a much closer eye on the beast from now on.

You said that you had removed the lid of your vessel - any chance some of that hot water vapour got into the head of the APC? (it goes wonky when it overheats). Yes, that’s a technical term

That would be my guess…they need to change the design so the electronics aren’t as prone to being exposed to heat.

No. I keep a shield of aluminum foil (flattened horizontally) on the base of the head unit to direct steam away from it, which has always worked even without any cover on the container. That and the fact that it began working correctly immediately after power reset leads me to not suspect steam as the culprit on this one.

Well, the exact same thing happened again (apparently overnight), except that I didn’t make any changes to the temperature setting, and I just had to toss 3 lbs of flap steak into the trash because, in spite of the Anova indicating a current temperature of 155°F, the surface of the container was cool to the touch. When I unplugged the unit and then plugged it back in it immediately gave a correct reading of 75°F and started heating again. The water was covered with a double layer of sous vide balls and the container covered with aluminum foil, including a sheet surrounding the base of the head unit to deflect any steam…which was non-existent…away from it. The control unit is clearly defective.

I now have absolutely zero confidence in this unit, and will never use it again. It is now a completely useless piece of junk. Between that and the constant stream of similar malfunction reports from other users…not to mention the all-too-common issue of units that come out of the box stinking to high heaven…I also no longer have any confidence in Anova as a manufacturer. I think it’s high time for the company to admit that it has some serious design, manufacturing and quality control issues to correct.

Sorry to hear that!! Are you still under warranty?

@AlyssaWOAH - could you discuss with your management and see if there isn’t something you could do to help DParker out with a replacement? (me, I think companies should do some sort of a loyalty program when the unit dies shortly after the warranty expires).

Heh, either that or Anova could kick off a repair service.

A repair service for devices like this wouldn’t make sense, unless it was something that was irreplaceable. The cost to fix it would likely be close to…or would exceed…the cost of just replacing it with a new one.

Sorry, I disagree…these are pretty easy to take apart: 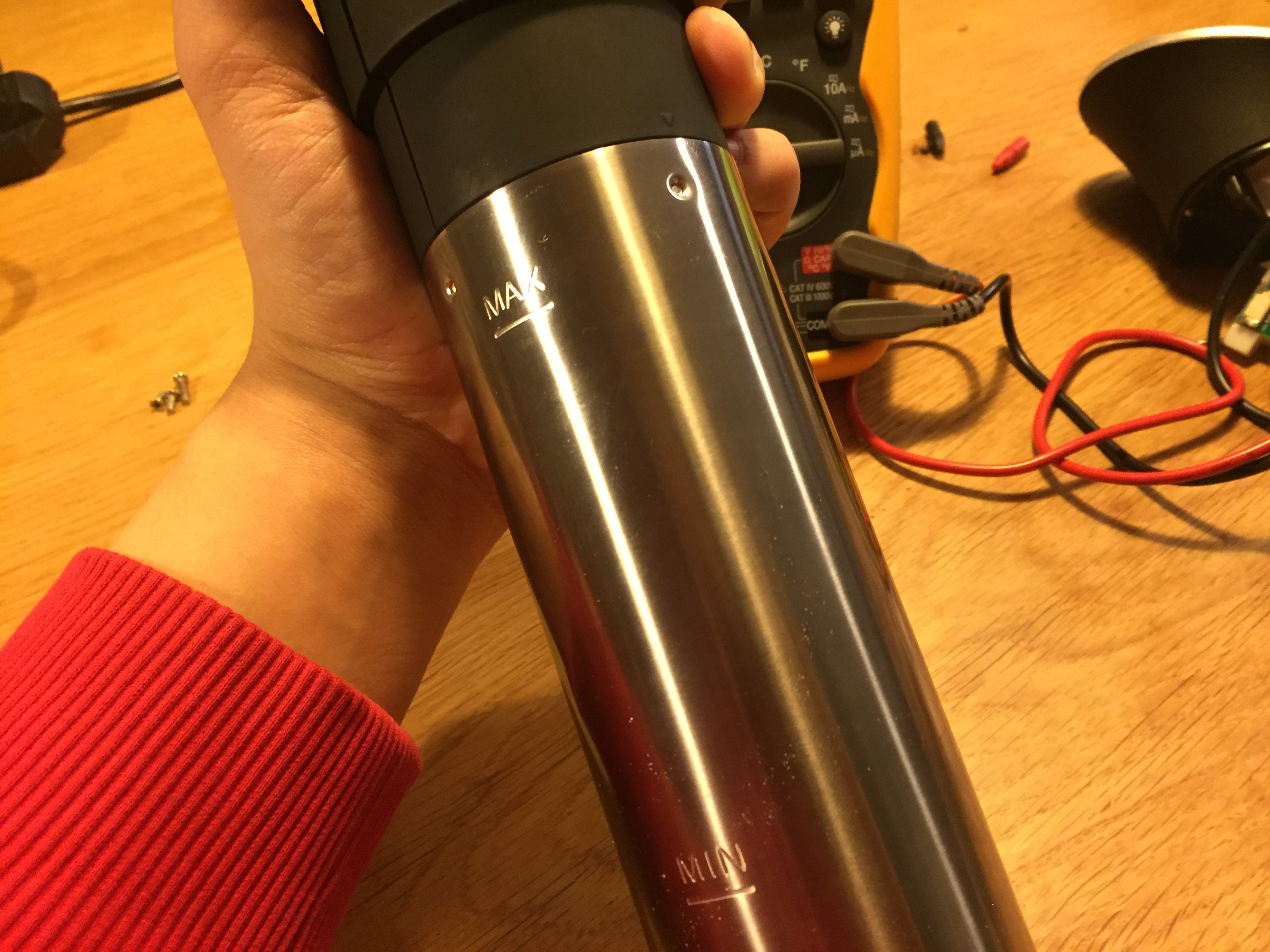 Opening up the Anova Precisin Cooker Bluetooth + Wifi. This teardown can be used to replace eg. the fuse or diagnose other issues

Provided the repair centre had a decent supply of parts on hand, I wouldn’t see much labour being involved. Diagnostics would be pretty trivial as well.

@DParker Did you still try to contact customer support to see how we can help? If so, what was your ticket number?

Did you still try to contact customer support to see how we can help? If so, what was your ticket number?

Not yet. I haven’t had time for the phone call.

I understand. You can also drop them an email (support@anovaculinary.com) if you prefer to. Let me know if/when you do and I’ll help as much as I can.

I understand. You can also drop them an email (support@anovaculinary.com) if you prefer to. Let me know if/when you do and I’ll help as much as I can.

Thanks Alyssa. I sent an e-mail to support last night, and received an acknowledgement this morning. The request number is 312090.

BTW, I checked my order history and found that I was way off on the age of the APC. I’ve had it for about 23 months, and have edited my previous post with the correction.

Still, I think having some sort of a loyalty program would be good…the amount of the discount could be on a sliding scale based on how far out of warranty you are (I think there should be an expectation of how much usage we should be experiencing with these products).

Still, I think having some sort of a loyalty program would be good…the amount of the discount could be on a sliding scale based on how far out of warranty you are (I think there should be an expectation of how much usage we should be experiencing with these products).

I think a business case could be made for that. It’s tough to implement such a thing based on calendar time, though. Total hours of operation are the meaningful metric when it comes to expectations of serviceable life for things like this, and some people use their cookers a lot more frequently than others. Over the course of those 23 months my APC probably has been on the clock < 600 hours in total (rough estimate based on my best recollection of how many long-term and short-term cooks I’ve done). A lot of people use theirs a with much greater frequency, and will exceed that before their APC is out of warranty.

Update: I received a response from Anova support this morning. For some reason I don’t quite understand, the only recommendation made was to run the unit dry to force a low-water error alarm condition, and then putting it into to water to cause the error condition to reset. I don’t know what that is intended to accomplish, nor what it has to do with the problem I’m experiencing. But, I’ll have a little spare time when I get home tonight so I’ll give it a shot just for the sake of crossing 't’s and dotting 'i’s.

I was offered a substantial discount on a new replacement unit, so that is appreciated, and scores points in the Customer Service column.