\So i got my precision cooker today and there were fingerprints all over the metal skirt, no plastic covering on the display (as is usually present on electronics, and scratches on the display. Is this normal, or, is it more likely I was (accidentally?? - I hope) sent a returned model?

(that’s a scratch in the middle, not a hair) 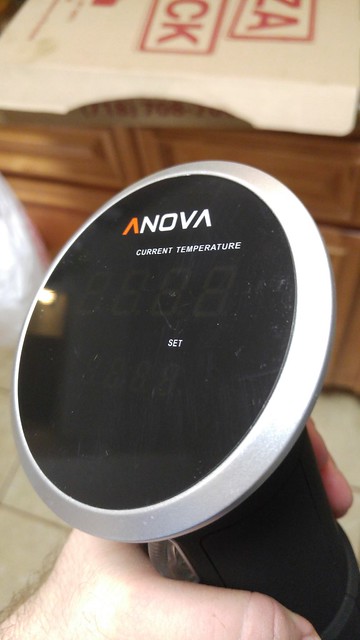 Hey @noturbizniss - Its quite possible that your display still has the plastic protective film on. Its REALLY hard to see/peel off (I know when I got mine I had it there for a week before I realized…).

Give it a shot to remove it by peeling at the edges with a fingernail or a guitar pick - It should come off nicely and you’ll have a shiny new screen !

Yep - We actually do all of the QA in Texas - sometimes they forget gloves… I know I know.

No ziptie on cord is totally normal Its usually wrapped around the shaft !
And AWESOME - glad you got it off - and hey I believe the newest batches rolling off the assembly line come with a little tab for the screen

Thanks for this. Got mine early June and now after closer inspection… got the plastic film off.