Made a custom lid before for my nano. But was too bulky. So I got this lid for 2 dollars and 68 cents plus tax at lowes. Its slightly bigger than my pot but not much.

How does this look? Its not air tight but with a knife I cut as close as possible. It will keep most of the steam in. And it says food grade safe lid so it should be ok. My nano only goes 197 degrees so its ok. Not enough to boil so probably not enough to melt or ruin the lid. The official lids with hole are too big and also expensive. So for 3 bucks not bad. 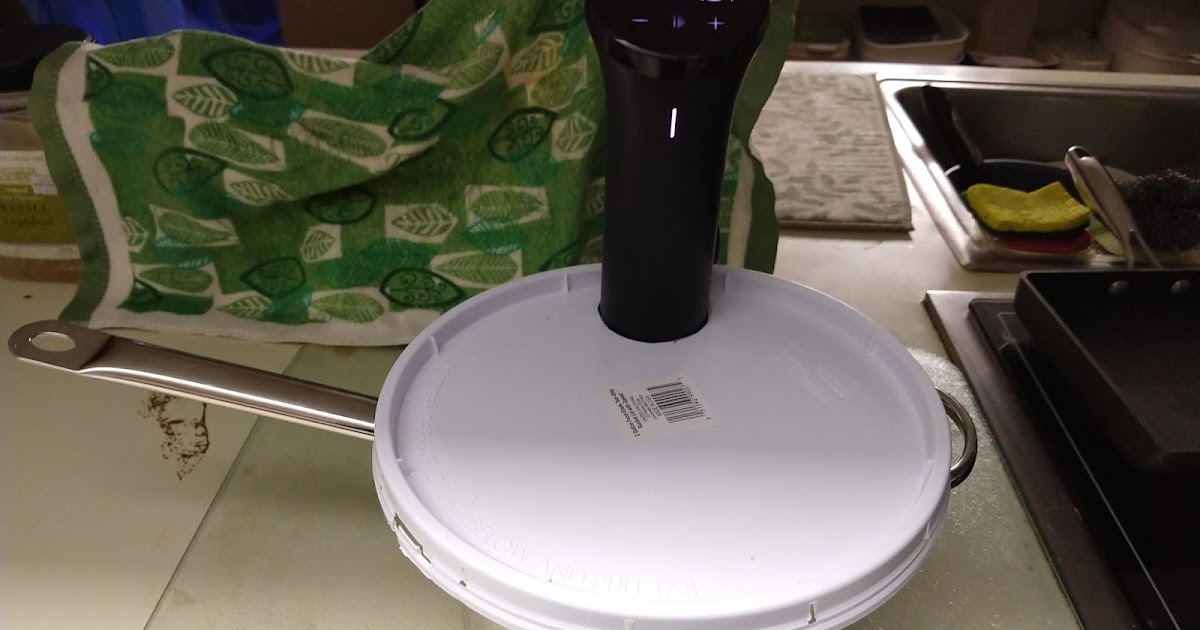 This should work great. Maybe put the pot on a towel in case any condensation gets out.

It worked great last night. I veeded 2 eggs at 165 degrees for 1 hour. But after 1 hour the lid got hot. It did not melt but got very hot and more flexible than it was to start with. But after 10 minutes set aside the lid cooled down and was back to normal.

Also would a round piece of wood do since its just a cover and not touching the food.

Careful about the towel thing - we had users on here before that were wrapping their APC in a towel and ended up overheating the unit as it couldn’t vent.

Good point about wrapping the device. My comment was to put a towel under the cooking vessel.

I cut up an old Silpat for a lid. Works great.

If it’s just for the purpose of preventing evaporation I think tin foil would be fine. If your cook is just for a few hours you shouldn’t need to worry about losing too much water. I suppose it might make it easier on your Anova to maintain the temp but the difference seems negligible to me. I don’t use a lid half the time and I haven’t seen any real difference in the results.