I have AT&T Fiber internet and associated Modem/Router. I am sure AT&T is the issue since I have another device that basically has its own internal “network service” that I connect to first, and then, using my phone, connect it to my actual internet service (AT&T). That device encounters the same issue as the Oven; Unable to connect. The phone is able to connect to the Oven but the rest of the process fails with “Could not connect at this time” and offers a “Try Again” button. If I switch my phone to be a HotSpot and use that to connect the Oven, it works as expected. This is not a sustainable solution, and it requires a new setup each time the oven is used with the app. Anyone else have AT&T and having issue?

FYI - I think the oven (original firmware of the oven at least) tries to connect with original WPA - not WPA2 or WPA3 - which is never gonna happen with our usual router, but I was able to connect the oven to another router that supports old WPA.

Update: someone else reported that they were able to make it work with a WPA2 router- but one Android phone didn’t work and they had to use another. So YMMV I guess.

This was enabled before I tried the Anova setup.
I will see if I can enable the “original” WPA auth. 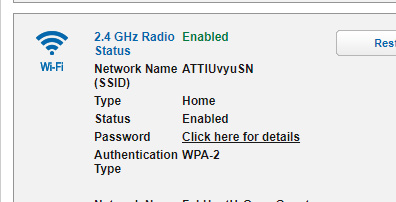 It seems kind of odd/illogical that I need to degrade the security of my network to use an oven. WPA was replaced by WPA-2 practically 15 years ago.

Yeah. I may have been wrong, not sure - might just be original firmware quirk, who knows - need larger sample size

@mach, I saw the thread mentioning someone only being able to connect to one of multiple phones. They also had trouble with account creation. I believe this is a work in progress and as such is pretty temperamental. These are the kinks that will have to be smoothed out. That’s the price one pays to be a “first” adopter I guess

Yup! We are happily using our new oven, no biggie… now that it’s on the network, the oven app works fine on all the phones

Ok so we received another oven today, and I’m sorry to say that the WiFi setup situation has not improved.

@mach just got my oven today and seems like I’m having a very similar issue.

I use google WIFI which doesn’t allow me to revert back to WPA – dang. Also tried a Note 10 and a A71 without any luck. Guess I’ll have to try and find my old router.

It seems kind of odd/illogical that I need to degrade the security of my network to use an oven. WPA was replaced by WPA-2 practically 15 years ago.

Well Anova HW/SW developpers think they know better that ourselves and have the right to impose limitations on our networks, like, shortening the length of Wifi names and passwords, use of spaces and other special characters in them, which wifi channels we can use, as well as in the security protocols… SAD