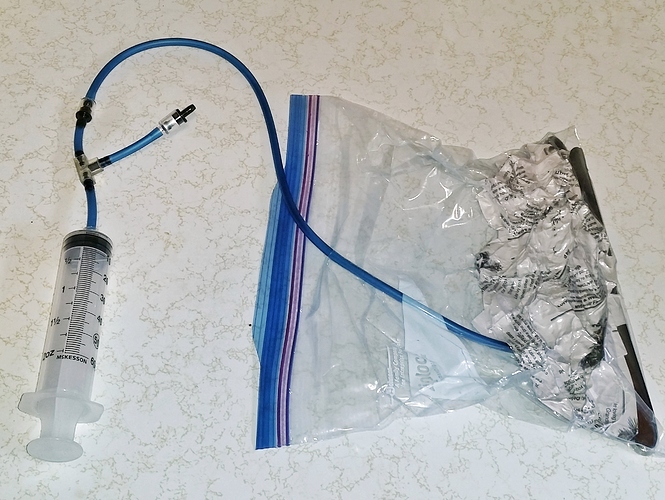 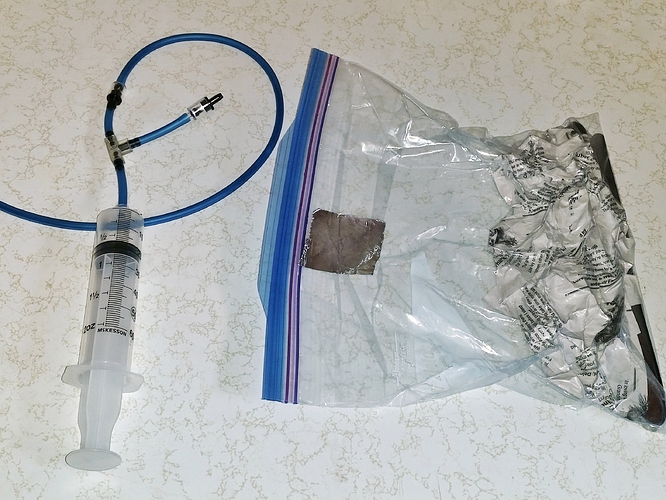 So now let’s see if its still waterproof. I got my Anova started, warmed up to 60°C / 140°F, went to put the bag in the water but noticed the bag leaked and lost its vacuum. Annoyingly, it took 10 more tries and 3 bags to get a successful seal. After finally getting a successful seal on two bags, I placed them into the water and let them cook for an hour. After the hour was up I took both bags out, opened the bags and… one was dry and the other was completely soaked. So in conclusion, while this method can be successful it’s just so unreliable it’s not worth it even with using water & heat proof tape. Fortunately, option 2 turned out better. 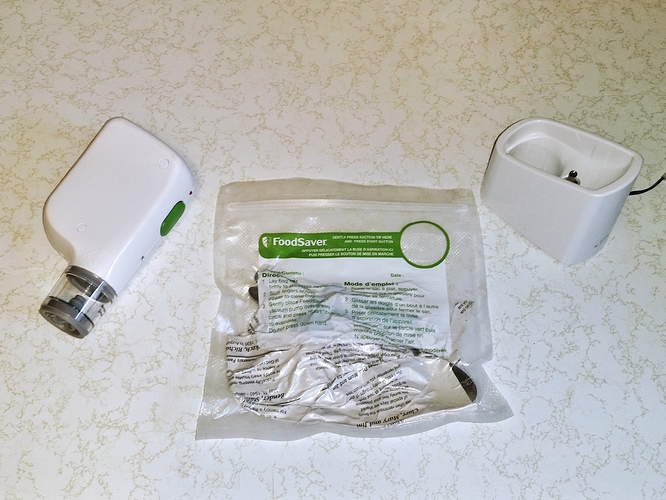 After the hour was up I took the bag out and voila, success! I had no doubts it would keep it’s seal but wasn’t too sure if these bags were completely waterproof but sure enough they are. I have yet to test these bags in warmer temperatures for longer periods of time but I’d imagine they would be fine.

So for all you DIY-ers out there, sometimes just spending the extra few dollars and buying the right tool for the job works better.

If anyone else has suggestions or recommendations for other portable vacuum sealers I’d love to hear from you!

Wow this is amazing! Thank you so much for putting this all up on the community site, I think it will be really helpful to a lot of people. This is so innovative and creative. Thanks for the tip! I have pinned it as our Anova food nerd tip of the week! Congrats!

IIRC, bags for the handheld sealer are kind of spendy, 50-cents each or so on Amazon for the small ones, even more if you buy them in the store. Prices are higher, up to 80 cents, even a buck for the larger sizes. Weigh this vs 10-cents a bag to 20-cents a bag for larger sizes for bags used by a home vacuum sealer (aka “clamp sealer”) that can be had for $50 and it doesn’t take long to see how fast you will soon end spending more with a hand sealer vs just buying the clamp sealer.

Ideally if you wanted to save money on bags you would just buy a chamber sealer, though those aren’t exactly light, portable or cheap for that matter but extremely reliable.

At nearly a dollar a bag for the portable vacuum sealers I just wash, sanitize (with star-san) and reuse them.

Honestly, I do regret not just dropping a grand on a chamber sealer a few years ago. And, we could sit here debating other completely out of balance illogical comparisons like, Rolls-Royces vs Hondas since the price classes are completely different.

Back to the hand sealers…

The bags for the hand pump sealer use a glued tab for the “valve” where you evacuate the bag. Those will have a limited number of uses, as will the zipper seal. The heat of the cooking process can further shorten the number of uses of both.

Star-san… LOL. Come on man, who else besides a home brewer or vineter is going to have that lying around their house, especially at $25/quart? “Hey everybody, look! I’m saving money on reuseable bags with this really expensive chemical!”

Good to know! I’ll be curious to see how long I can reuse these hand pump sealer glued tab valve bags for, especially at 85°C / 185°F. I’ll have to run some tests.

Yes, Star-San is somewhat expensive and it’s actually more like $40 per quart ($10 for 8oz / 236ml for me anyway). That being said though, 8oz can make 40 gallons / 150 liters of sanitation fluid. So 1ml of Star-san (5¢) will give you 635ml of sanitation fluid, more than enough to sanitize a dozen bags. Thats not expensive at all if you ask me. Unless I did my math wrong?

There will be a lot of variables affecting the lifespan of those bags, everything from temp and cook times, to what goes in them, to how you open the bag, how it was manufactured, etc.

I would hope that you can at least get 2-3 uses out of them.

Star-San is one of those annoying “because they can” pricing models. Yeah, it dilutes, you can store it for some period of time (I don’t buy the 3 weeks though), and it might work for you. But again, it’s not something that everyone is going to have handy and do you want to store 12 bags waiting for sanitization? I think most consumers would rather just have a stack of single use bags.

I think the thing here is that this might work well for you. You found the hand sealer for $8. Most would be looking at about $25 on Amazon. You have Star-San around. Most don’t. For you, you can use the Star-San and get a few uses out of the bags, for others, maybe not. So for them, $25 more for a clamp sealer that uses bags at 1/5 the cost, is probably a better bet, more convenient and safer. Maybe the hand sealer will work for someone else too for whatever reasons.

I do completely agree with you on that the bag, duct tape and syringe is a completely inane and ineffective waste of time and resources.