I have been thinking about Scotch eggs for awhile. But I want the egg yolk warm and runny, the sausage cooked and the coating thin and golden brown. It seems quite a trick.

I just saw a picture of a Scotch egg that is getting close, at least as far as the egg is concerned, but the sausage as far as I can see is pretty pink and the coating is quite pale. Still, it inspired me. 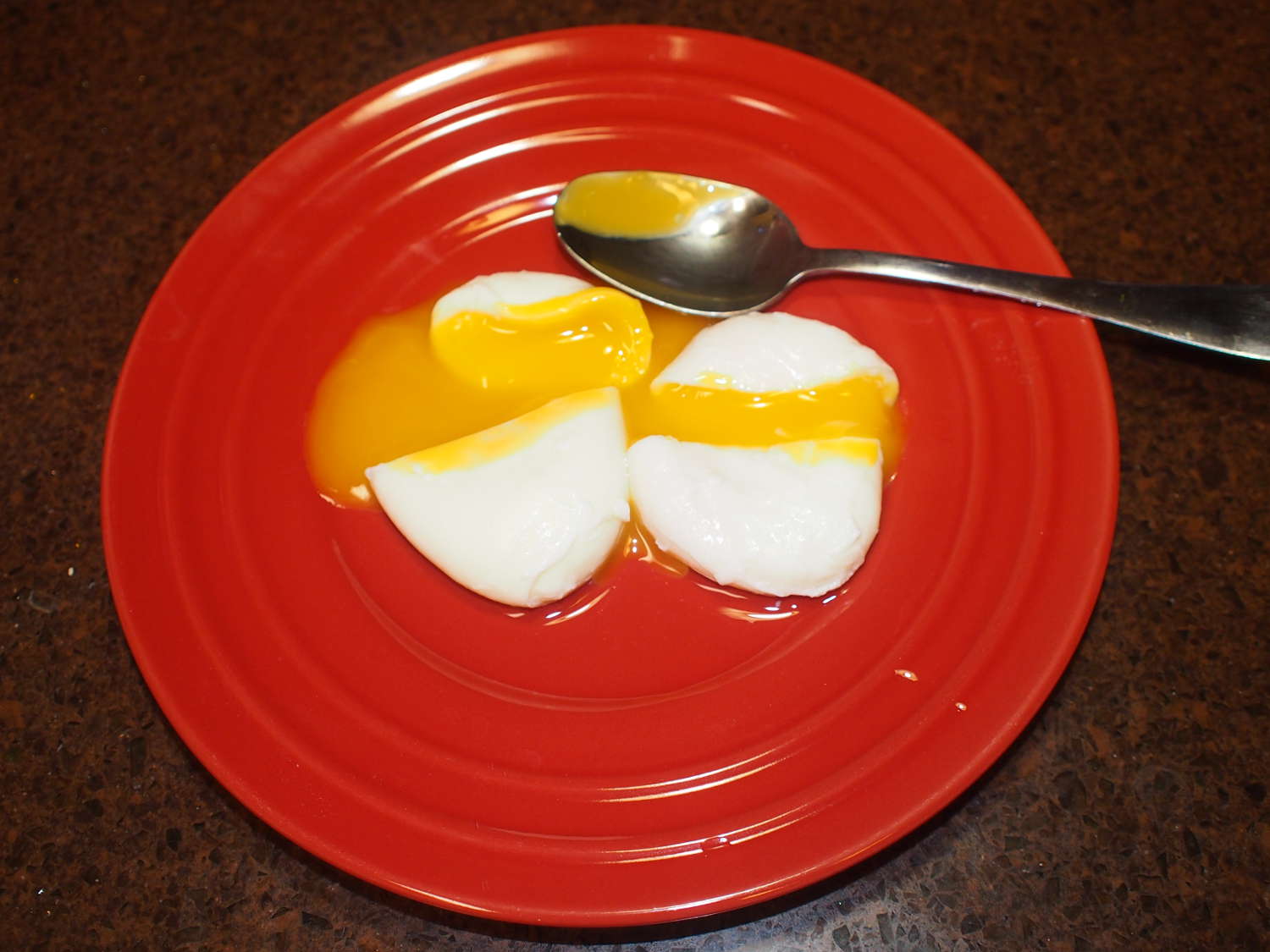 So here is the plan. I already know how to get a nice round poached egg, 143.5F/62C for 45 minutes. I will take a piece of foil and make a thin layer of sausage and place that in a cup, put the poached egg inside and carefully wrap the foil around the egg. I expect that this step may take some experimentation with the eggs being fairly fragile like they are. Then the foil wrap goes back into the bath at 143.5F/62C for another hour.

From this point it will be unknown territory. I think that the wrapped egg should be cooled and can probably be handled enough to get the coating on. Then into hot oil, at 350F/177C and pray.

Having many English friends and a failure on scotch eggs the only time I was brave enough to try, I’m rather looking forward to watching the experiment unfold.

Traditional Scotch eggs in, for example, a pub, are hardboiled then covered in sausage meat, coated in crumbs and fried. I have seen soft boiled eggs on shows such as Jamie Oliver’s but not in pubs, etc. I’ve made them with hardboiled eggs, breaded with steel cut oats and baked in the oven (to reduce amount of fat). I’m going to try these with sous vide eggs (hardboiled for me) so thanks for the idea. Good luck on doing them the way you describe and let us know your progress.

The first try was a disaster, oops, I mean a great learning experienced.

I took a poached egg and tried to wrap it in sausage. The sausage was stiff and hard to handle and the egg broke immediately. I wrapped it in foil and cooked it anyway.

The next try will be with a hard cooked egg, adding some water to the sausage, and using cling wrap instead of foil.

My theory is that once the sausage is cooked, it will be easier to handle for the coating and frying step. Once I get through with a reasonably good egg, I will go back and try it with a 3-minute egg.

Those with frying experience, what temperature should the package be for frying? Refrigerator cold? 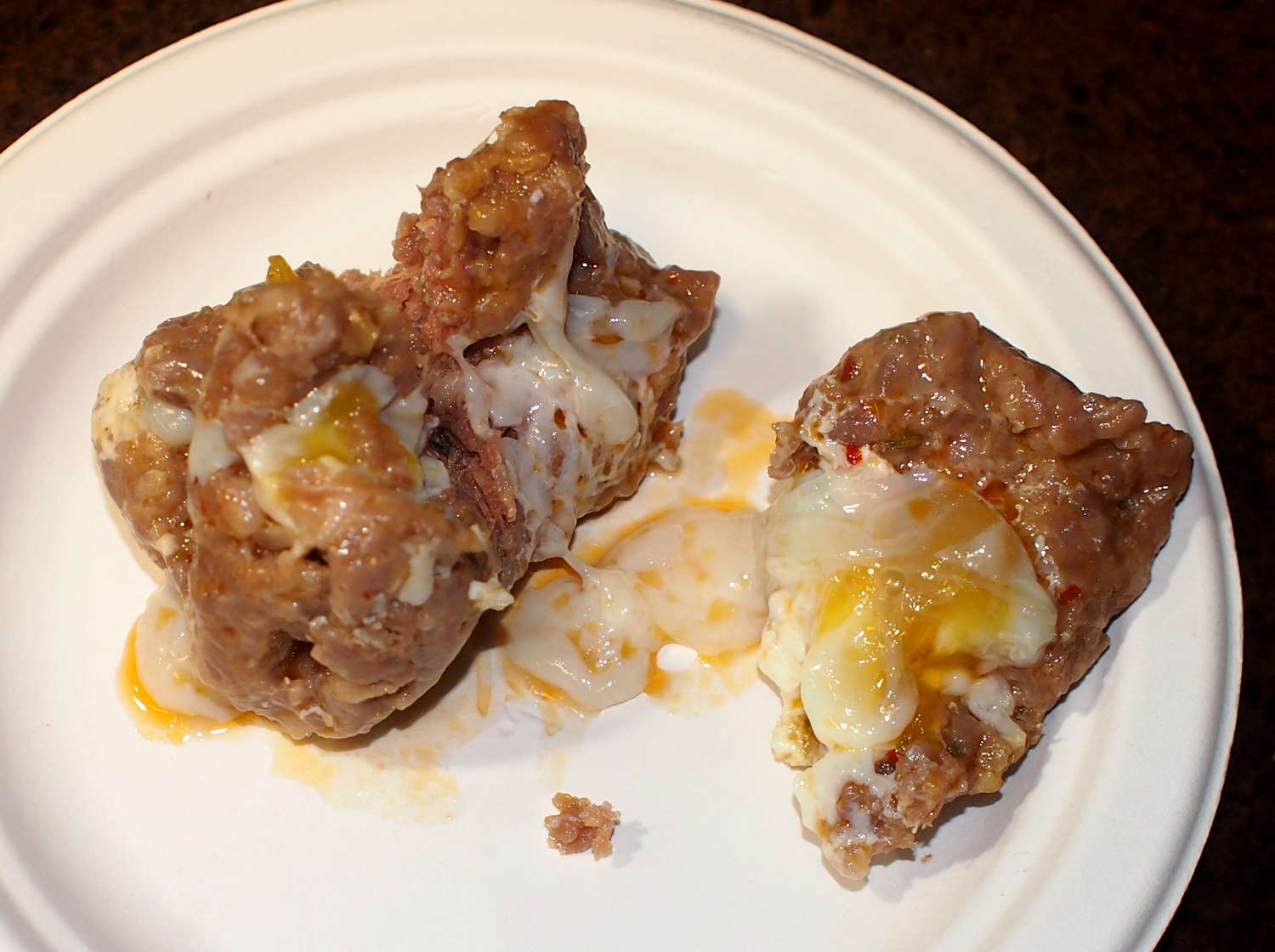 How fine is your sausage mince? I imagine the finer, the easier it will be to mould.

You could also try moulding it over a clingwrap covered egg beforehand.

I got a bit side tracked by non-food life issues, but I haven’t forgotten this project.

Both good suggestions. I will adjust for the next try.