I’ve been wanting to try Creme Brulee for some time, got a kitchen torch and all, but never got around to it. Got my Anova Precision Cooker a couple months back and just recently saw the SV Creme Brulee on Chef’s Steps. 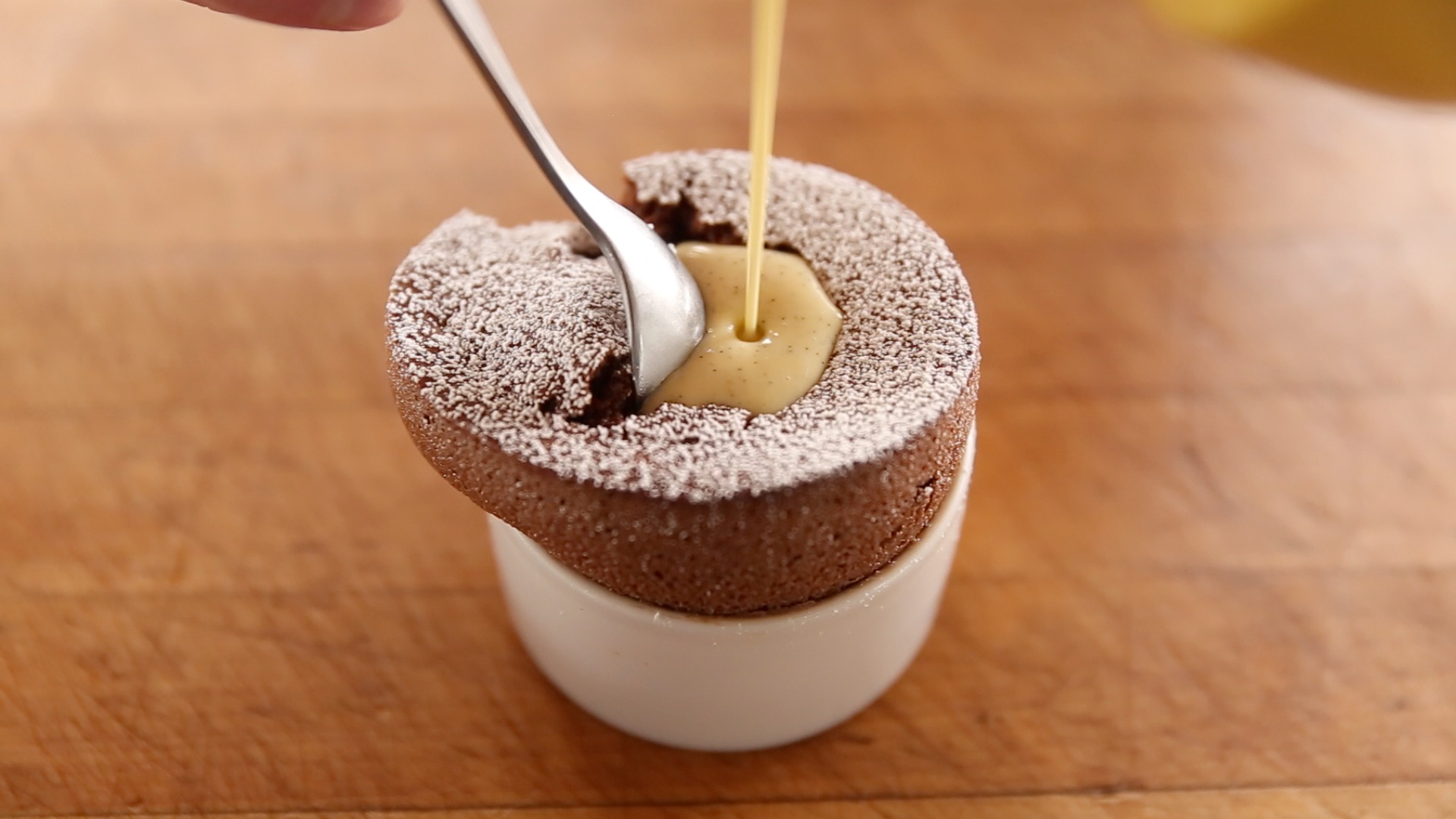 So today was the day.

Measured out 600g of egg yolk and the requisite sugar and salt:

Warmed the heavy cream and tempered it in the egg/sugar/salt mixture:

After the bubbles had cleared I filled the jars and got everything organized:

And in the bath:

They just went in the ice bath to chill:

This was my first time using the Anova at higher temps, the highest I’ve used it for before was 149* F for chicken breasts. This was a 12qt round cambro that started out with 125* F tap water. It was taking a long time to get up to temp, so I added some almost boiling water from the tea kettle to help it get there. At first I did not have it covered and it was struggling. Once I covered it with plastic cling wrap, it worked like a champ. I think I’m going to get an extra lid for my cambro and cut an opening for the Anova.

These are going to be bruleed and served tomorrow for Superbowl. I’ll report back with results then.

@DMW This is awesome, thank you for including all of the images! How did they turn out? I need to get around to buying a torch finally so I can try this out.

@JordanHouston They turned out incredible. I forgot to report back. I think I need to start running 5 miles a day now that I can make creme brulee at home…

I still need to work on my torch technique a bit, but I’m getting the hang of it.

@DMW YUMM! I’m right there with you, now that I’ve seen this it’s going to be dessert night every night.

I have used that recipe several times now and by far some of the best creme brulee ever. Also I have tried other recipes with the same cooking time and temps and it works fantastic as well. I think the texture comes out so much nicer

@ChefKyleSwanbeck I think I want to get the Searzall before I give it a go so I can eat the crispy layer, then torch it again, then repeat this for the whole thing. Do you have any other torch recommendations?

@jordan I have the Bernzomatic TS8000. The Searzall can attach to the TS8000, but you should use the camping type 1 pound propane bottles rather than the typically propane or MAPP tank. I would suggest getting the TS8000 and adding the Searzall if you want later. Without the Searzall it seems to work just fine for torching creme brulee. For proteins I’m considering adding the Searzall.

The Searzall folks spec out either the TS8000 or TS4000. Seems most people opt for the higher power TS8000. I don’t (yet) have a Searzall but I’ve gotten good results with a hybrid approach for protein.

Since this ends up with around 2 minutes in the skillet total, it's best to Sous Vide at the lower end of the spectrum for the target protein.
jordan March 10, 2015, 8:41pm #9

@DMW Ahh yes, thank you! Good call, there is going to be some serious torching going on once I get ahold of this. I’d probably get more use out of a Searzall for day-to-day cooking, but since it can just attached to the TS8000, that’s probably the better route.

@adnewman Are you using the TS8000 for the hybrid approach?

@jordan I actually have the TS4000 (it was originally purchased for plumbing repairs on my house). Without a Searzall attached it seems to have plenty of power. The 8000 has an adjustable flame which might come in handy. For safety reasons and convenience I would recommend a torch with a trigger that extinguishes when you release it. Also even if you don’t attach a Searzall I think it makes sense for kitchen purposes to use the 16.4oz camping cylinders of propane. They are shorter and more stable and also have a rubberized plastic base that won’t scratch up a kitchen prep surface.

@adnewman Sounds like the TS8000 is the most versatile with the adjustable flame and trigger.

I saw this article on Modernist Cooking Made Easy and it says the same thing about the BernzOmatic TS8000 + Searzall combo. It also mentions the Iwatani Torch CB-TC-PRO, but the review doesn’t sway me in that direction at all. I’m already set on the dream team combo!