So I cooked some Tri tip steaks yesterday at 135, for 2 1/2 hrs… Intended to go for 4 hrs, but we were pressed for time, and had to eat in a rush… So we ended up having an all meat, while standing, dinner

lol
But geez, was it freaking awesome ! Could have been just a little more tender. I think the 4hrs I had it set for would have done that. But anyway, next time.
I had marinaded the steaks for about 6 hrs in Soy sauce, then seasoned only with garlic powder, and black pepper.

Anyway, last week I had cooked the Tri Tip roast for 16hrs at 138, and that was maybe the best beef I ever cooked in my life !
But then again, it’s starting to feel like every SV cooked is the best I’ve ever cooked

lol Probably depends too, on how hungry I am.

What do you prefer with Tri Tip, steaks, or roasts ???

I assume you use different cooking times (longer for a whole roast) ? But do you use the same temps ?

Surely once you have hit your ideal Chris then that will be your go to temperature for all beef, whether it is steaks or roasts, thick or thin, as the only variable will then be the duration as the temperature will give you the rare, medium or well done and the time will give you the tenderness for whichever cut of beef you are cooking.

Yes, agreed…
But how about you ? Tri Tip roast ? Or Steaks ?

I’m completely torn. My best cook so far was a roast… But when I hit it spot on with the steaks, maybe the steaks…
Starting another Tri Tip roast tonight though. Trying to decide on cutting down from 16 to 14 hours… Or from 138 to 136 F. But don’t want to do both. Just trying to fine to it to be even better

But by changing it so little, I know will at least be very good.

Sorry Chris I am not familiar with your particular cut as we do not call it that here in the UK.
I tend to prefer steaks unless I am cooking to eat it cold later on a sandwich.

I still think that you already know, or will shortly know, your preferred temperature then the time depends on the cut you are using and the thickness of that cut, so maybe you will just have to enjoy a few more steaks and roasts to determine the length of time but I would err on longer time rather than shorter for anything but steaks. 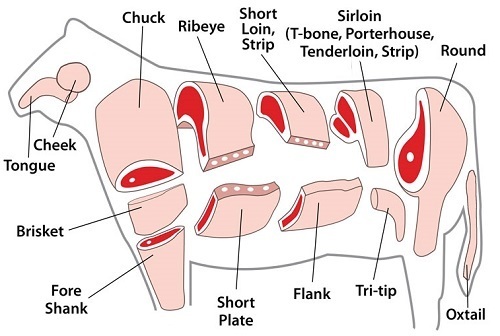 Cuts of British beef (an example, I’m sure there are many schematics that could be used): 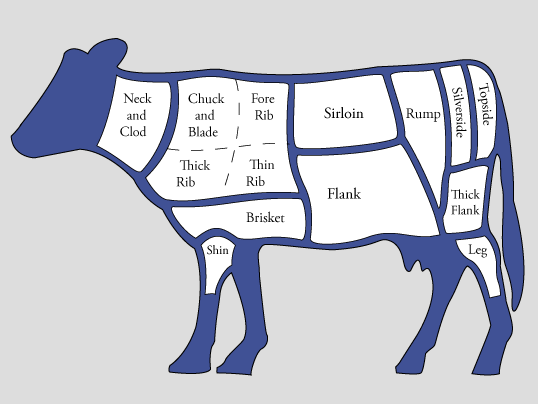 Thanks guys. Yea, that’s what makes it so confusing… Different cuts are called something different wherever you go ?
My local butcher was telling me that their was actually a push right now (not sure if it was world wide ?) To get the naming of beef cuts all on the same page… He said it might take a few years, but that it would eventually be a good thing.

The whole thing with what is Pichana, is still confusing to me… I definitely have not seen any cut that looks like the Picanha that Guga always raves about. So, even if we have something cut from the same part of the cow, I think they must cut it differently here in the Western US…

Thank you John. Yea, I want to talk with the butcher again, and see if he can come up with some Picanha that looks like what Guga is always cooking and raving about. Will show him what you said here + maybe show him a photo.

Oh but back to the original subject of this thread…
So I had said I was doing another Tri Tip, at 16hrs@136… But we had a bunch going on, and we’re not about to get to it on time, and it ended up being 20hrs@136. It was really good, but can’t say if it was any better or worse than the last one which was 16hrs@138 ?

You are discovering another significant benefit of the SV cooking technique, it’s flexibility. You can imagine what your Tri-tip would have been like if you cooked it conventionally for an extra 4 hours.

You also observed how a couple of degrees aren’t particularly significant to the outcome and apparently not perceptible either.

You might try your butcher by asking for a "Top Sirloin Cap Steak, or roast. If all else fails plain American English usually works.

About 25 years ago the USDA spent a lot of money developing a national standard with accurate meat cutting specifications associated with a numbering system for identifying every possible cut of beef for both retail and foodservice. They gave away beautifully detailed wall charts and impressive specifications manuals with the plan being everyone would follow through and use them. Obviously, it wasn’t practiced. People just couldn’t stop ordering by the local common name for a cut of meat rather than saying to their butcher, “I’ll have 6 #4461, please.”