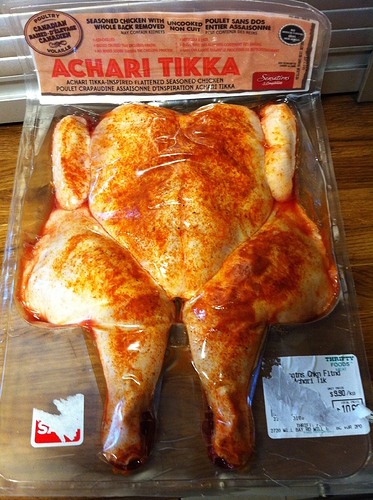 How long, what temperature?

Cooking it whole like that is probably not the optimum for best results. The breasts require a lower cook temperature to the thighs for ultimate perfection.

However, here is a whole chicken recipe that you can use for a guide. Sous vide whole chicken While the chicken used in this particular recipe is not butterflied the actual thickness of the chicken itself is unchanged.

If you are planning on attempting to cook it in that packaging, make sure you remove all traces of the paper stickers, so that they don’t soak off during the cook. Also visually check the packaging and make certain there are no moisture absorption pads paced in with the chicken

I’m doing a butterflied chook tonight. 148f for about 3 hours, and then I’m going to whack it on the outdoor charcoal grill to crisp the skin. It’s a 1.33kg chook done in a Greek marinade.

You might also get a bit of a chuckle from my set up. I used it a couple of nights ago to sous vide 8 steaks for 8 very hungry people. Steaks were about 400g each. In ziploc bags with salt, EVOO, and some rough cut garlic. Straight out of there, onto the charcoal grill for a few minutes and straight back in to the table.
Comments were “This is the best steak I’ve ever had” and “Better than Hogs Breath (a steak joint ‘downunder’”. 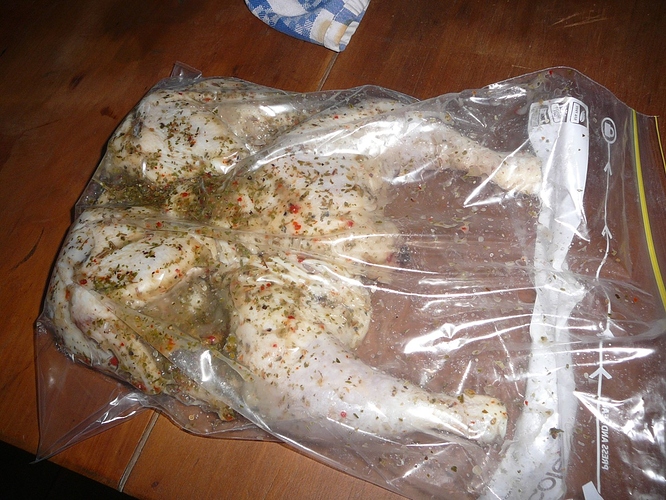 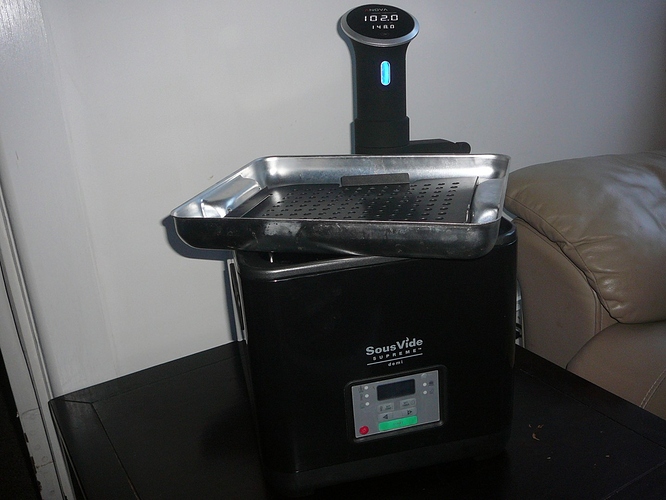 The spatchcocking is a great idea for the sous vide. I never thought of it so i’ve done chix quartered. I’ve done the spatchcock for under-the- brick-chix in cast iron and it comes out great but now i’ll give sous vide a shot at it. What is the best way to crisp the skin at the end without overcooking the bird? thanks!

I was going to whack it on the charcoal grill outside, but the heavens opened up do I put it in the wood-fired oven instead. The girl isn’t into the skin at the moment, so crisping it wasn’t too much of an issue.

She had a thigh and half a breast and was gobsmacked at the moistness and tenderness of both.

Howzit Peter,
How well was the dark meat cooked at 148f?