The orange discount banner at the top of the page is a PitA to say the very least. It was annoying enough on my laptop, but on phone it makes posting difficult because it blocks out the topic title when trying to make a new post. Also makes navigation difficult.

Yes… I wouldn’t mind a second precision cooker at some stage, but stop pestering me about it.

Hey @Ember where are you seeing this banner on the community site? For some reason I am not running into it.

Maybe OZ only, I’m not seeing it in the US either and I don’t have any special access levels that I know of. 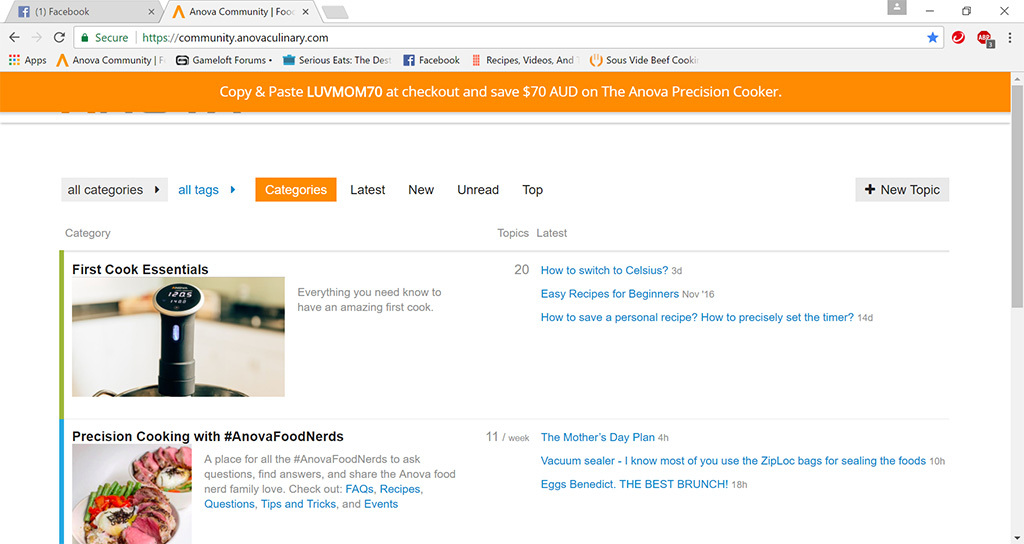 Site navigation is hiding underneath that orange banner.

It’s worse on mobile because the banner takes up a larger portion of the screen and when posting a new topic covers the Topic Title and other fields.

Yeah, not getting that banner in the US.

For us there’s a link in the middle of the page (not an annoying banner, just a link that’s part of the page) on the Anova product site that goes to Amazon for $40 off the BT model.

@Ember @Walter_Ego thanks for pointing that out - we’re gonna take it down.

Yay! I can navigate around the forum from my phone again.