I wanted to make a sous vide custard and got the idea of using ice cream as a base. I ran a few tests with different flavors of ice cream, varying the portion of egg, cooking time and temperature. This will produce four six-ounce servings.

Soften or melt the ice cream and blend with the eggs. Put the mix in a fat skimmer measuring cup (the spout comes out the bottom) and fill the four jars. Leave the foam in the cup. If there is something left in the mixing bowl (nuts or candy bits) spoon them on top.

Put the lids on finger tight (so air pressure won’t build up), place them in the sous vide container and cook at 165F (74C) for four hours. The long cooking time is needed because of the cold start.

Let them cool then tighten the lids and put in the fridge. 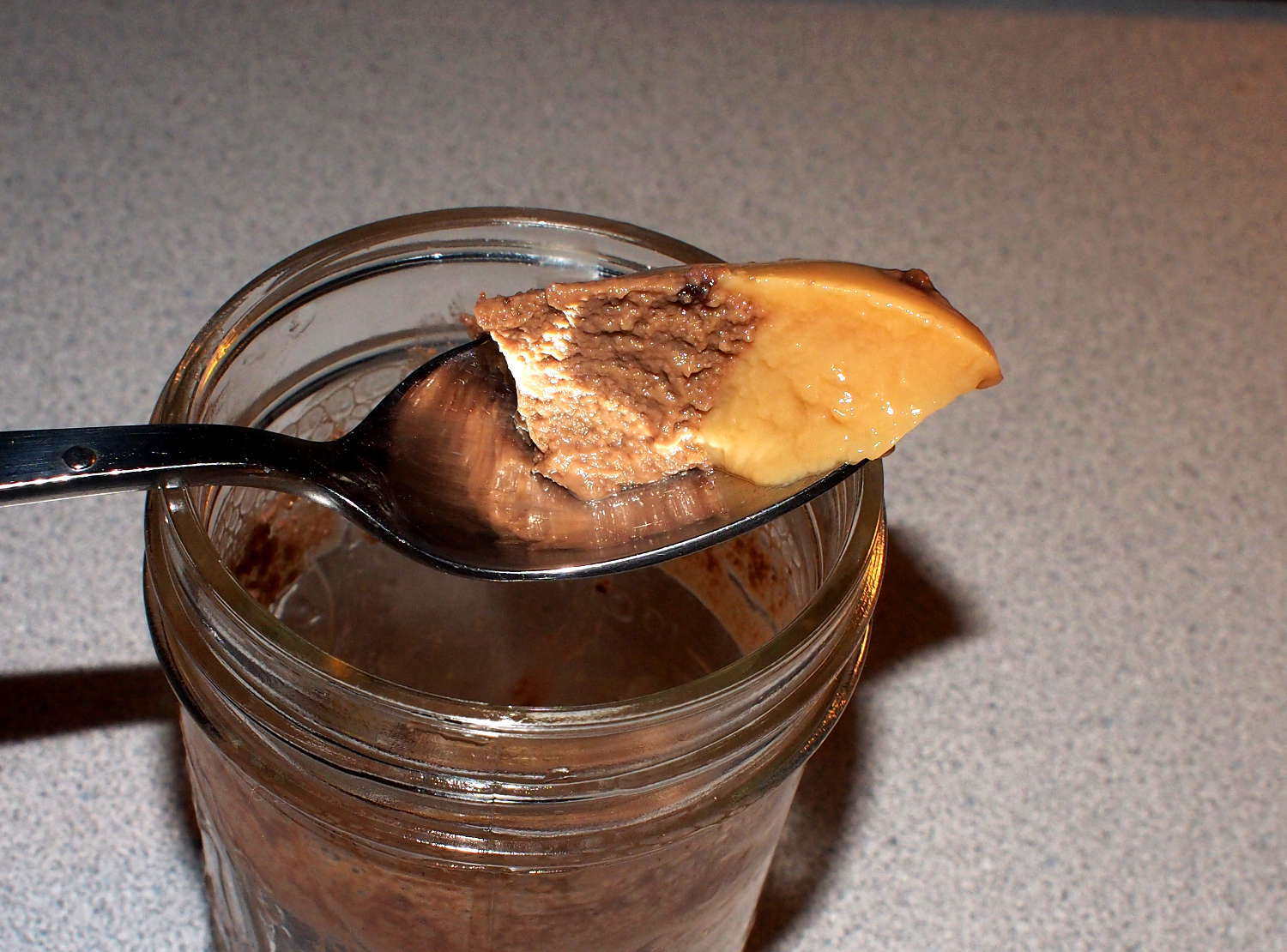 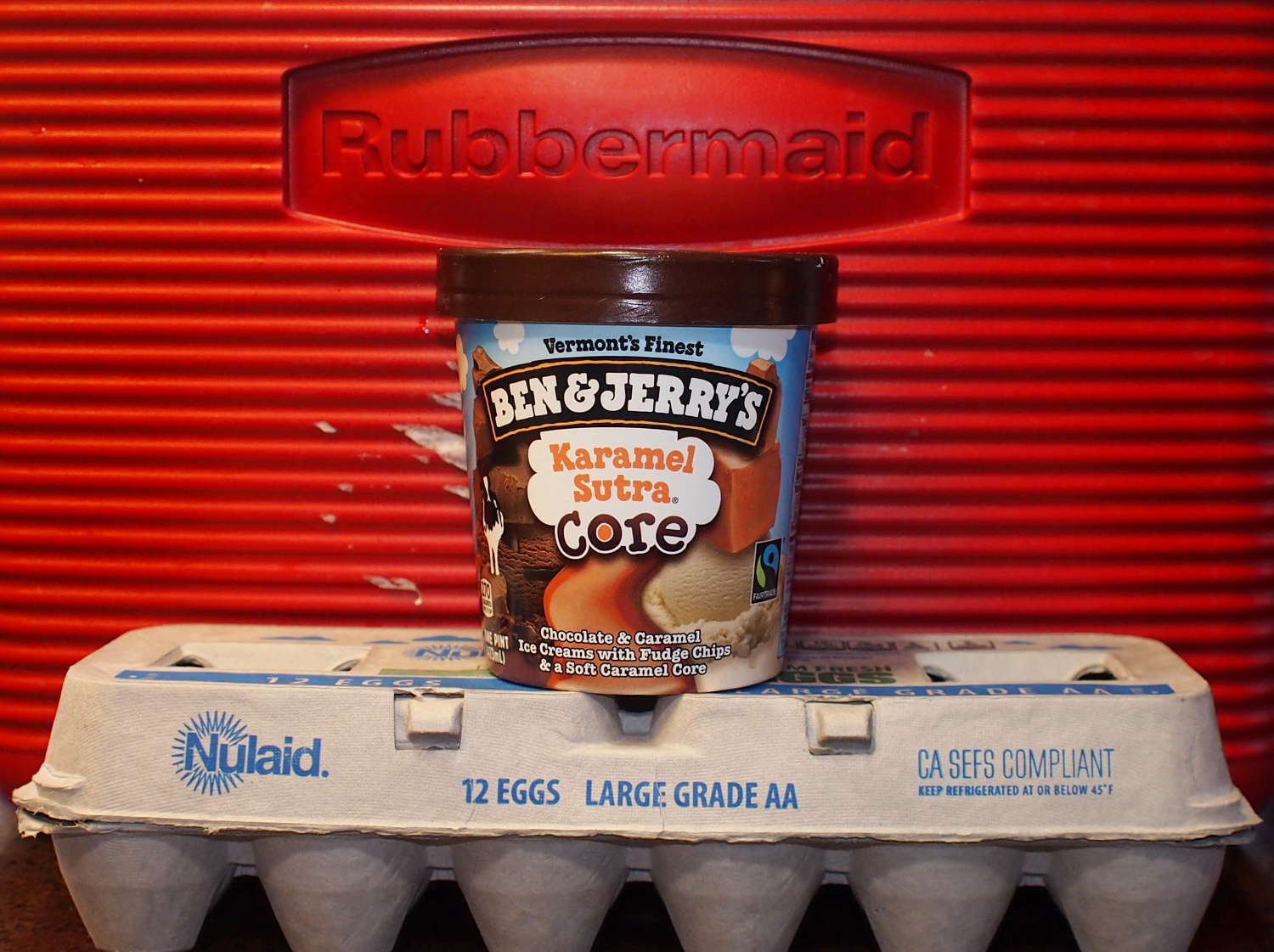 It looks very rich and I bet it is delicious.

I tried six different B&J flavors and all were very good except plain vanilla where the flavor did not come through. I liked the way there were layers. I don’t know how that happened, but the long cook time probably helped.

It kind of is a healthy snack since one of these containers turns out to be a single serving for me and this makes me happy with a fourth as much.

The richest was Chocolate Fudge Brownie. With all of these, really run the blender to get the pieces broken down. 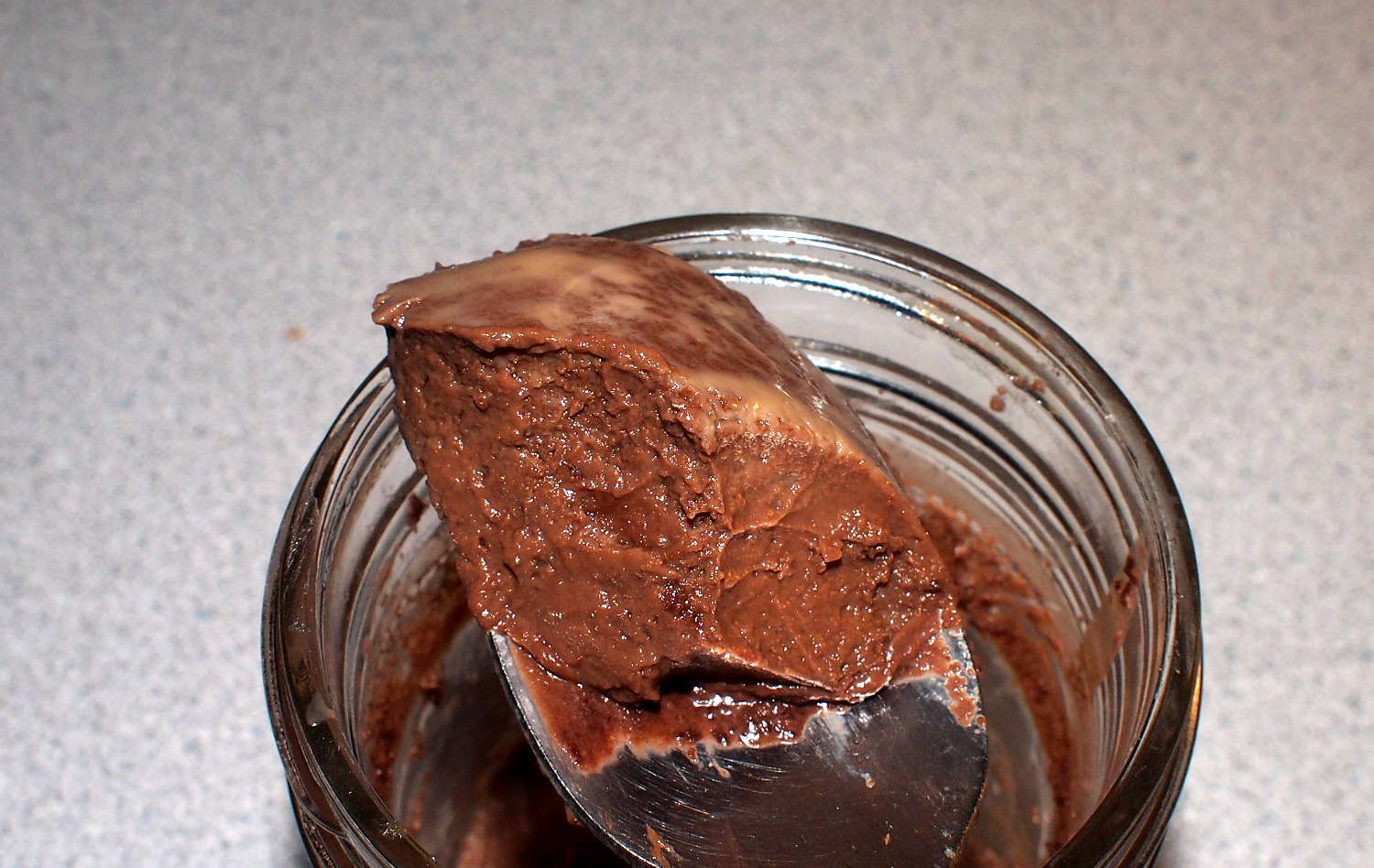 The tools I used were a small cooling rack to lift the jars off the bottom of the bath, the immersion blender that is handy for lots of cooking, and the skimming cup to fill the jars without getting bubbles on the top. 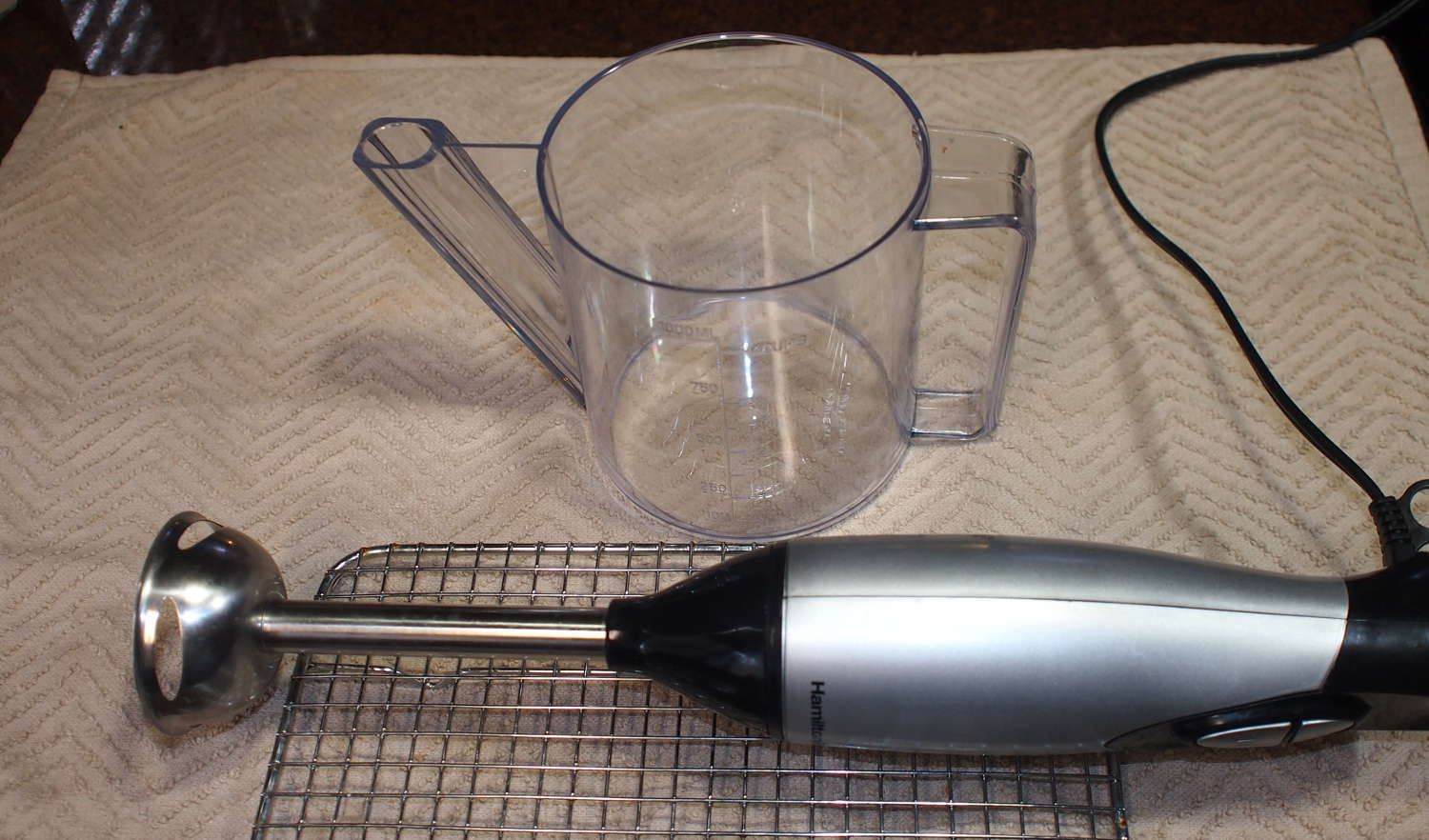 When making flan traditionally, in an oven, the bubbles dried & toughened quickly so always skimmed them off. When sealed in a jar in SV the bubbles seem to get absorbed into body of flan. I now skip that sometimes tedious step.

Also if serving inverted from jar onto plate any lingering bubbly texture gets hidden.