First off: sounds way fancier and difficult than it is haha. Anova does all the heavy lifting. Steelhead cooked 115F/30 min in the Anova after an overnight brine with dill, salt, and olive oil. Lemons quartered and cooked 183F/1 hour with salt and sugar in mason jars. Remove the gunk, and slice the lemon peel thinly. It’s SO good. Salty and acidic. Fish cooked to 115 is just absurdly delicious. I can’t get over it haha. 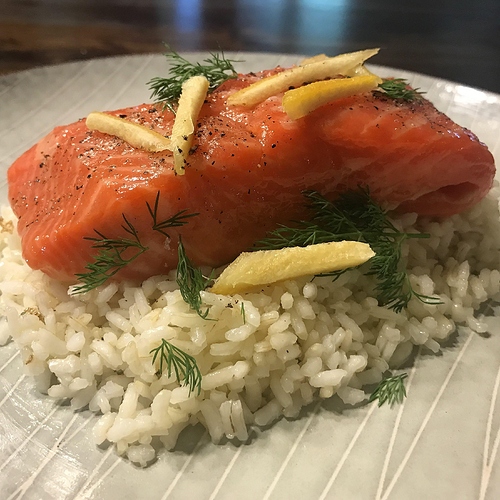 I wouldn’t have thought of speeding up the preserving process on the lemons by adding some heat. I wonder if they’d keep as well as the traditional variety. I know that’s not the point as you were only after the flavour of them, but I still wonder.