Finally going to do some actual Picanha steaks 🙂

So today I was at a WinCo, and I saw a nice bottom round roast, cut the correct way (I don’t know why I always see these cut like a London broil ?) So that I can easily cut it into nice steaks… With the fat cap on

So Guga is always raving about Picanha, Picanha,… And they always go for 129 F for 2 hrs…but i’m thinking, 131 for 3 hrs. Plus will be marinading mine overnight in low sodium Kikoman Soy Sauce, seasoned only with granulated garlic and black pepper…

Fixing to see if Picanha is all that ? It’s certainly cheap enough… $2.98 a lb at WinCo 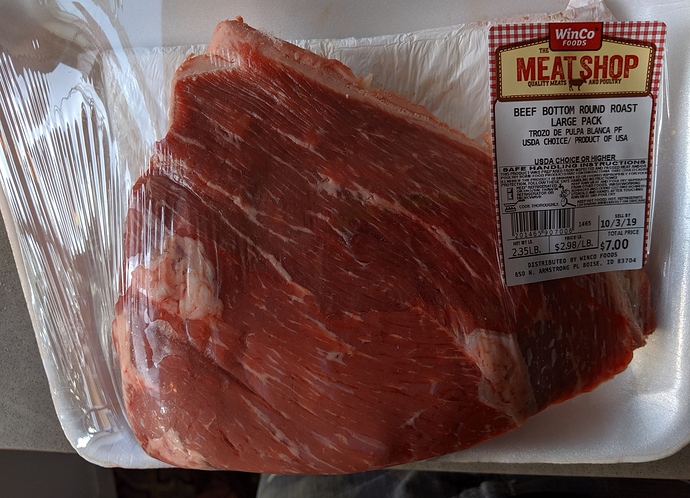 Chris, I do not think this is the cut of meat that Picanha is from. This looks like it comes from the round primal cut while the Picanha is from the Sirloin one cut further away from the back end. This needs the longer time in the bath to get really tender at your selected temperature.

It doesn’t look like the cut i get in uk. looks a lot more marbling than mine but that means more flavor so were told.And i believe them,
Looks good

Well John, I had heard “bottom round” and these were labeled exactly that. I wouldn’t know any other way to assure that these would make Picanha steaks ? But like I say, I see bottom round all the time, although it usually looks like a big thick steak (like a London Broil) with a 2" wide fat shoulder down one side. So all I can say is (and I don’t know if you can tell by my photo) but I will be able to make steaks that look “exactly like” the ones that Guga cooks…
In case your right, and these are a tougher portion of bottom round, maybe I will do the same thing I’m doing with my boneless pork ribs, and just start pulling them out and trying them one at a time, and giving the rest as much time as they need until they are perfect

Then, the next time around, their won’t be any questions, about what works best

Okay now John, apparently you were right as these were a fail

I pulled one out at 3 hrs, and it was not tender.
I left the rest for 6 hrs, and their was hardly any noticable change. Honestly, I should have left the rest overnight.

So, going by labels, what the heck do I need to look for if I’m trying to get true Picanha steaks ???

I’ve seen Guga cook the picanha as well and was wondering about them. I’ve never tried one but they say your butcher can probably help. The information at this link may be helpful. If you follow the link they have information about exactly where the cut comes from: Picanha, also known as Sirloin Cap, is incredible grilled. Roast it up, then slice and top with chimichurri. We dry age our Angus beef whole for a minimum of 14 days to give each and every cut a rich, steakhouse flavor. All of our beef are 100%...

Here is another picture and article. Some butchers will know this cut as it has become a little more popular. When I first had it at a Brazilian steak house I tried to buy it and no one knew what I was talking about. Luckily I had a friend from Brazil and he had a butcher that knew their cuts and would cut it for him. Still most grocery stores don’t carry it and finding a good butcher helps. Print out an article for them or a picture.

Picanha is a cut of beef popular in Brazil. In the U.S. it is little known, but referred to as the rump cover or rump cap. North American butchers generally divide it into other cuts like the rump, the round and the loin.

Someone is paying attention. I noticed yesterday with some degree of amusement that Walmart’s meat department had 2 facings of these packaged steaks. They did not use the Brazilian name though.

Okay… And this is a tender, flavorful cut which can be SV’d in a couple hours ???

I swear I’m fixing to just walk up to a butcher with my phone, and let him see this article, and just tell him “this” is what I want to try…

Oh and one other thing, since this is pretty much a completely unknown cut in the US, it should still be relatively cheap, huh ? Maybe $5 or $6 a lb ?

Look at Anova’s recipe they use 4 hours. I have been doing my beef at 55°C or 131°F. I like °C as 55 is an easy number. Even the English have gone metric. Also try making Chimichurri to go along with it. Simple to make in a blender and it goes well with beef.

Price is very location and butcher dependent so I won’t even guess what it will be for you. I also have not had it in quite a while and prices fluctuate. 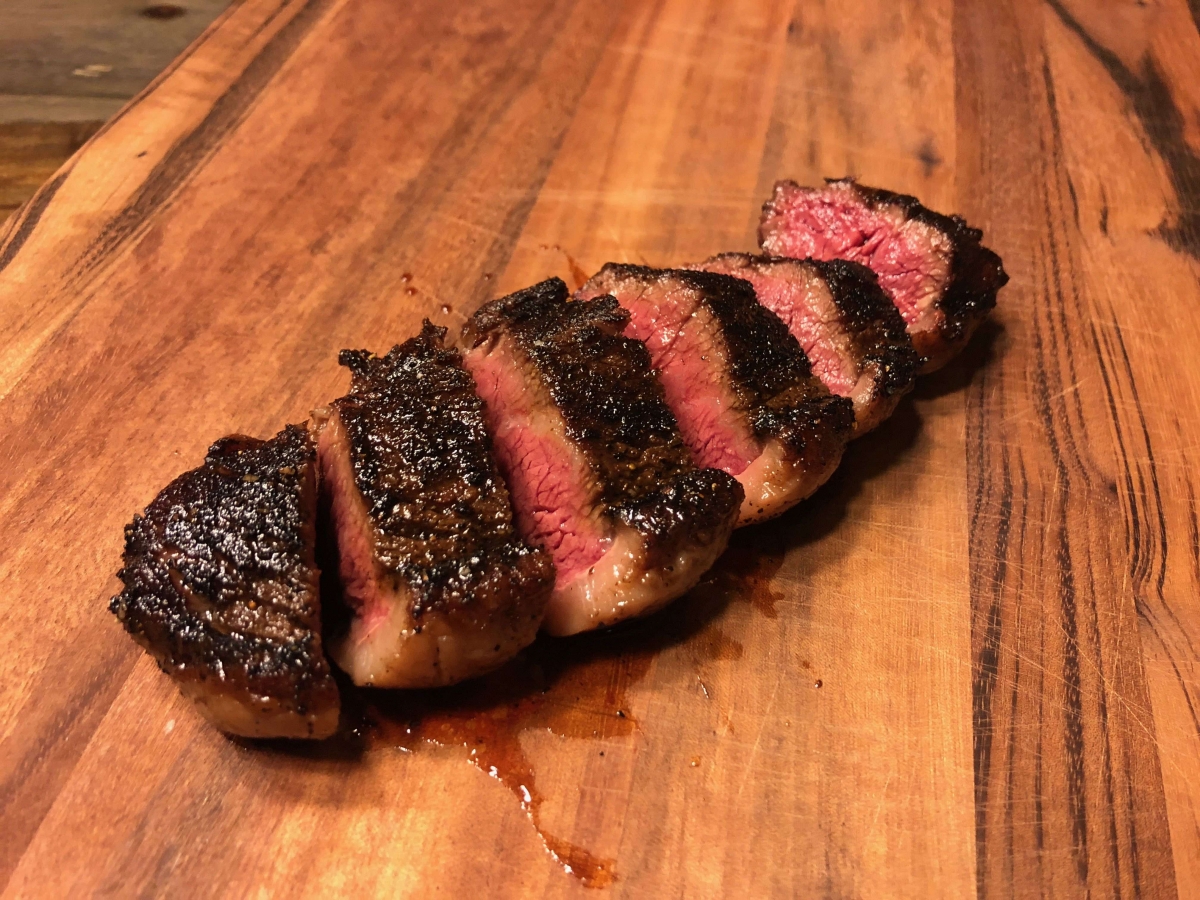 Popular in Brazil, and a sought after cut everywhere else, picanha steak is loaded with beefy flavor, and there's no better way to make this cut shine than using your Anova Sous Vide Precision Cooker!

If you’re looking for it in the US, your butcher probably calls it a culotte steak. It’s the top sirloin cap but they usually cut the fat cap off which I think is blasphemous to Guga.

The cut is pretty cheap, I’ve done it at 129 but left it for a 3-4 hours…mostly because I forgot to check it at 2 hours. Turned out great though, I would recommend it.