[Healthy Debate]: All Foods Should Be Sous Vide

Thought it would be fun to have a healthy debate on this.

Do you think all foods have a place with sous vide?

I think that sous vide is a tool, one of the ways to raise the temperature of food. Some foods are best when raised to a narrow temperature range and sous vide relieves me of the burden of standing next to the food so that the temperature doesn’t get too high.

It is fun to try to “sous vide everything”. Still, I wonder if the food is prepared near the boiling point of water and the end temperature is not critical, why do it sous vide?

Proteins are obviously “yes.” I’ve not experimented with fruit and veg enough yet. It seems easier to do the by other methods while protein is bathing.

Which method do you think works better than sous vide for fruits + veggies? @Ember

@RichardOL I understand your point with the end temperature for some foods not being critical. My primary reason for wanting to sous vide veggies is that I won’t lose some of its nutrients like I typically would if I were doing a regular boil. But - depending on what I fancy that particular day, I do roast too for that very reason.

Not so much a case of better, Alyssa, simply more expedient. Not everyone has the time to go through a cook cycle twice for a meal. Batch cooking is a possibility if one is able to plan and stick to a schedule.

I’ve never been a particularly organised cook. In fact, I get a little concerned on those weeks where things go right along with the plan. I tend to stir fry, steam, roast or even (shock horror) microwave vegies as the protein is nearing the end of its bathing time.

I guess it’s simply a case of old habits being hard to break.

@Ember Yeah, I get where you’re coming from on cooking foods for multiple cycles. Personally, when I am cooking veggies, that’s all I’m cooking (I go meatless sometimes).

I haven’t experimented with cooking veggies and meats at the same time with the APC, but I’m sure it requires some preparation and figuring out the best way to execute it.

I have yet to try out my 1 day old Anova 900w.
With that being said, I just don’t see this method speeding up or improving one pot, flavor layering dishes like jambalaya or gumbo.

I feel like I cook “4 or 5 times” in the same dutch oven when making jambalaya. Early added ingredients meet the new ingredients to add another flavor to the dish. Where the fond from the pork meets the onions… then the next round from the sausage then the tomato etc. I add onions 4 times to a dish like that. Cooking them to a different texture each time. I don’t see anything coming close from the sous vide method.

Now don’t get me wrong. I’m looking forward to going crazy with my Anova. Gonna try a bunch of things this weekend. Going to the butcher tomorrow.

Sh*t, I’ll be reporting on sous vide pop-tarts at some point once I get obsessed! Just adding my $.02

improving one pot, flavor layering dishes like jambalaya or gumbo.

There are already places where precision cookers are already used for “flavour layering”. Just take a look at “step mashing” (also known as “step-infusion” mashing) used in brewing some beer styles.

With step mashing, the grain and water are first heated to around 50–54 °C for enzymes to break down proteins. Followed by one or two heatings to 62–67 °C and 71–72 °C to convert starches to sugars. There was a recent Anova blog post on how you can use the APC for mashing with the Brew-in-the-Bag method of brewing. (I wouldn’t use this method for something like gumbo but the concepts are the same.)

Many slow cooker recipes have similar one-pot flavouring dishes such as starting at high for a few hours and then stepping down to low for a long cook. Just that most slow cookers are not as precise as most sous vide cookers and ovens.

I imagine one can make jambalaya by using good resealable bags, adding additional ingredients over the cooking period.

As others have mentioned sous vide is another tool where I would often tell students “Use the best tool for the job at hand.”

I would have to agree with @RichardOL, The APC is a tool for cooking. How to incorporate sv/APC into everything? That is a good question.

The example I would give where I introduce sv/APC to a non-sous vide dish would be Lechon. This is a Filipino dish that boils pork belly (to tenderize), slices boiled pork belly, and then deep fries the pork belly.

Why boil when you can sous vide? And so I did. The flavor was amazing.

I’ll have to post twice to get both pictures in. 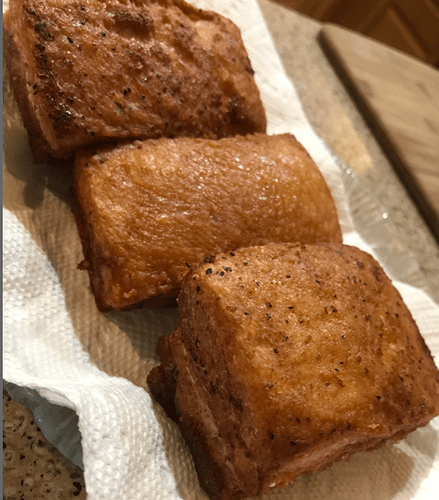 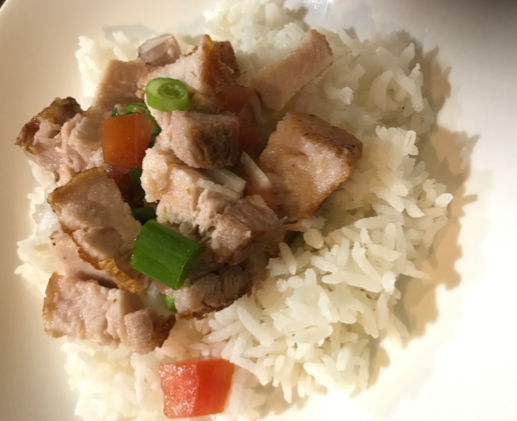 The original recipe was from Diner’s Drive Ins and Dives.

You cant beat a good slow braise with sous vide. And it is just as easy and hands off, if not easier. For example, try this: 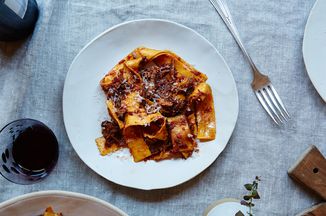 On their blog Dinner: A Love Story, Andy Ward & Jenny Rosenstrach call this "Instant Dinner Party," because you can make the ragu completely ahead, even a day or two before. Whether you serve it that day or reheat it for a party tomorrow, "It...