Can anyone give me some hints on cooking a whole, say 10 lb, turkey with sous vide. How long would the sous vide portion of the cook take, and what temp setting and probe setting would be optimal. The air fry finish would presumably be controlled by observation I suppose.

Hey hey! This would be super easy! You can use the Roast Chicken 101 Settings, and expect it to take longer. But the result will be perfect! https://oven.anovaculinary.com/recipe/wttK3xUw6HH3zPw5XOzL

I found it easier and quicker to spatchcock then split the bird in two. This works great for turkey and chicken. Only downside is you won’t get the classic whole bird photograph.

I’m not worried about a photo but I’d like to get an idea of time, so we’re not sitting at the table waiting for it to cook lol. Would you guess a 4 hour cook or would it be 6 where the 3lb spatchcocked chicken was at least 2 hours. 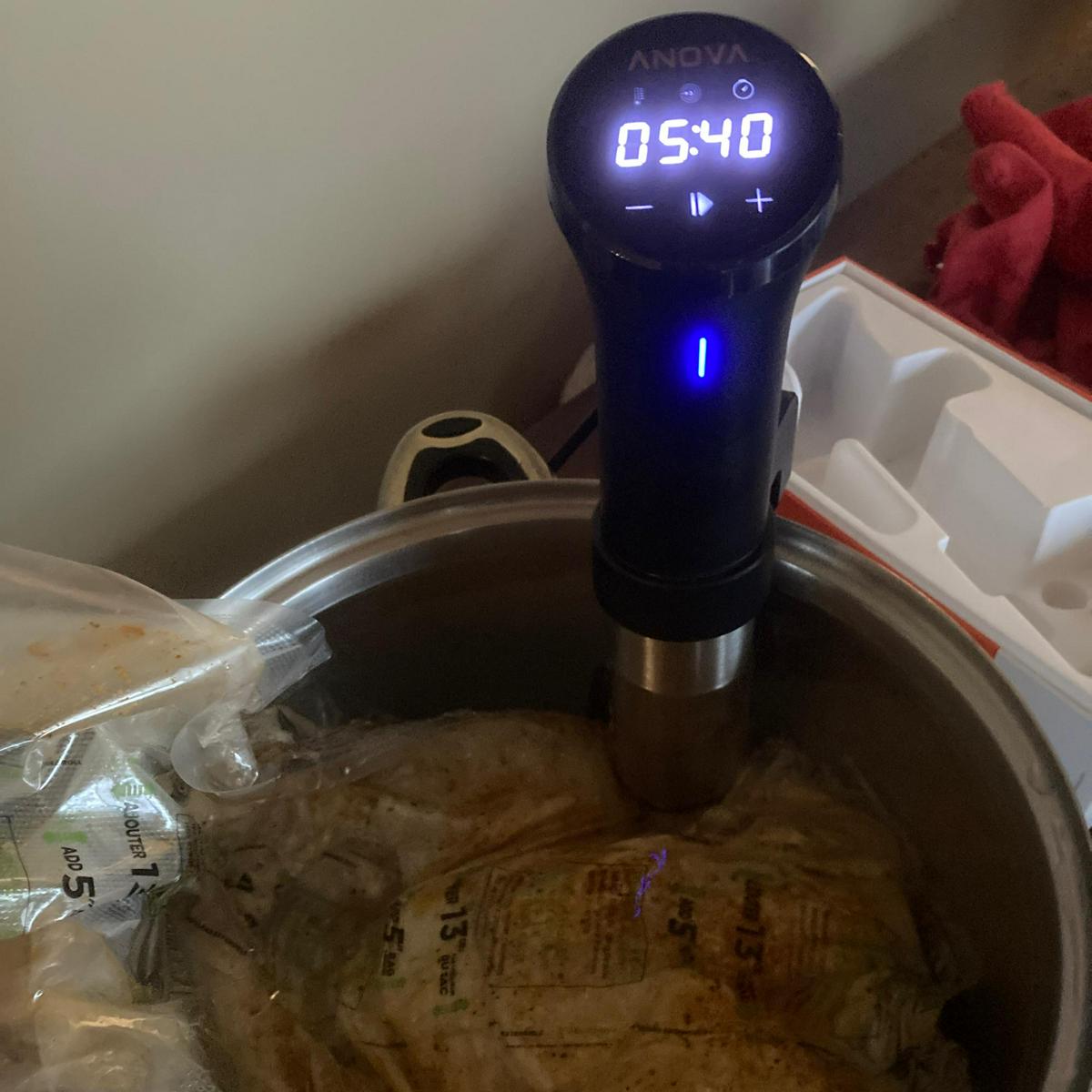 Sous Vide Spatchcock Turkey This was a simple dry brine as the kids aren’t into rosemary, sage, etc. Final finishing step is necessary to get the crispy skin. But the meat comes out super moist that the skin ends up soaking it all up. Tasted...