I bought my Anova a couple of weeks ago and love the meals I get from it but I do have a question.

I typically use the app instead of setting the device manually, but anytime I cook something that has a high temperature, the app starts the cooking countdown (NOT the preheating countdown) way before it reaches temperature.

As an example, I cooked some green beans that call for 186 degrees for 1 hour. When I started the Anova app, it starts preheating but when it beeps and says Ready and tells me to put the food in, it’s only at 155. It takes an additional 25 minutes to get up to 186, but by that time the timer is at 35 minutes.

That sounds like a bug. Has this happened to you before? Did it happen again? And if you can tell me if you’re using iOS or Android (and the version), that would be helpful too!

This happens all of the time. Usually, it’s worse with high-temperature items like vegetables.

Today, I went to cook a ribeye, see the attached screen shot - the timer has already been going for 5 minutes and the temperature is still 1.5 degrees below the setpoint. 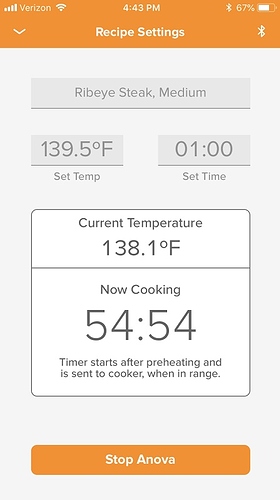 I have always seen the timer start when it is close to the set temperature. But, now it is way off.

For example, I just started a thick steak at 53 degrees C for 1:30. I set it to go and then went to do some chores. I left the phone in the kitchen… 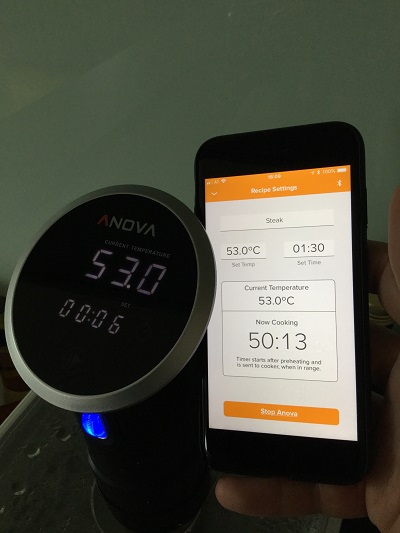