I just got my cooker few days ago, so I have been testing it…
The last few times cooking my chicken around 70"C, all seem fine.
So I try some carrots to cook at 85"C. Started fine…
Half way, the cooking starting to generate big bubbles from the bottom of the tube (kind of boiling sound), and then temperature indicator gone crazy with readings keep changing. So I switched the unit off. The temperature then stopped changing, and then it indicated 91"C…

What is going wrong??
I am a bit worried. If I would to set this to cook remotely one day when I am at work, it might cause accident!

Tried to start the unit again after then temperature gone down to 65"C. Now the blades is rattling!
I think it is broken!

It sounds like you may have actually gotten close to your boiling point…if you live at higher elevations the boiling point is actually below 100C btw.

If you don’t have a lid on the vessel that you’re using, the top/head of the Anova is actually prone to overheating due to steam exposure (see the vent at the back of the head?) - that’s intended to allow the electronics to keep ventilated, but can also allow steam to enter that area.

You need to be mindful of that and if your vessel doesn’t have a lid, you need to ensure that area isn’t in line to receive a lot of steam from the bath (turn it so the vent it’s facing the outside of the pot).

But, if doing long / unattended cooks, I’d certainly be preferring a vessel with a lid - so there’s very little chance of you overheating the Anova.

Now, the “blade rattling” - that would be the impeller striking the side of the canister at the bottom. Did you remove the sleeve at the bottom to clean it from your last cook? The shafts for the impeller and temperature probe are both quite thin and you could easily bend them if you’re not careful when cleaning. Remove the bottom of the Anova and see if you’ve bent the impeller shaft.

Now, there is also the possibility that the unit is faulty and this caused the overheating (and possibly it’s now damaged due to a malfunction) - when you have the bottom off, do an inspection to see if any of the plastic looks melted.

@LoongW ditto to everything @fischersd said! And we will definitely take care of you in support if the issue can’t be fixed

Thanks for your advice.

I have not opened the metal tube cover or the plastic cap at the bottom before the rattling noise.
Just now I removed the plastic cap at the bottom to see it the impeller is hitting it. With the cap removed, and the impeller submerges in the water above the min water level (not touching any side or bottom of the pot), there is still rattling noise…

so I am not sure what I can do now…No reply yet from the support team, probably away from Christmas break.

I was hoping to use the cooker to make some nice Christmas food!

Had a closer look at the fitting of the metal tube and the top of the cooker (where you have the groove lines to slot the tube with the cooker), it seems the fitting is quite loose, when I hold that area tight (so there is not movement between the fitting) and the rattling noise get softer.

There is not bend on the impeller or the temperature prop. 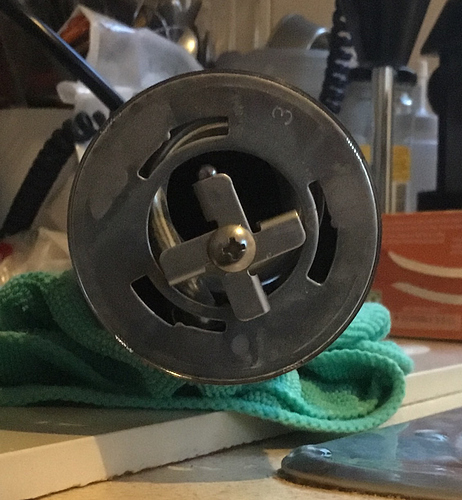 It is normal for the impeller to be off centre? Looks strange for a “precision” cooker! 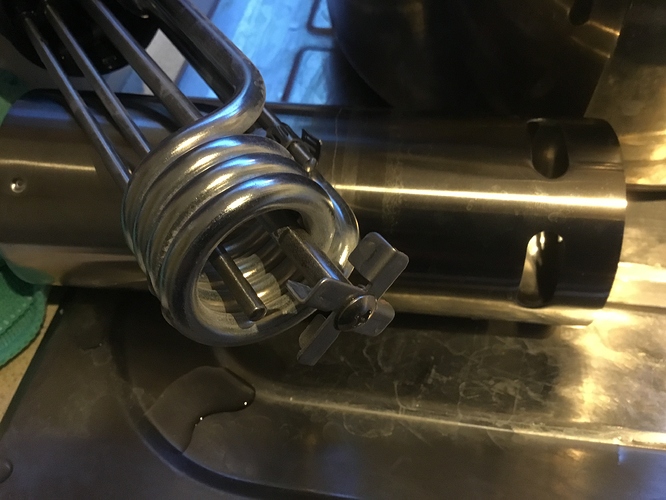 Is it also normal for the impeller tube touching the temperature prop? From an engineering point of view, it seems like a problem…

No, it’s not normal for the impeller to be angled like that. It should be pretty much centered and not contacting the probes.