i can see comments/conversations below recipes, but i don’t see the blank box where i can post my comment?

I have the same issue in Chrome on Windows 10. Although, I do see “Write a comment” on my Android tablet. Was advised by APO tech support I needed to log into Chrome page using my Facebook account. That did not make a difference.

I have the same issue on my Mac and iPad using both Chrome and Safari. There is no box to enter a comment. I am surprised that Anova has not resolved this issue.

Yes, I also wanted to comment on a recipe and I can see the other comments, but there is no way to comment myself. I wrote and asked, but so far just got a note that in 24 hours someone would answer, but they suggested I join this forum. Nowhere when I bought my oven was there any mention of a forum like this, although I even googled to try to find one (unsuccessfully!). Now, there is some kind of a glitch with my enrollment, but I managed to get in this far anyway! I did want to comment on a long string I saw about the problem of the oven not shutting off automatically when your recipe ends, but so far, have not been able to find it again. For such a scientific company, they are pretty inept about this stuff!

I discovered a hack for Windows 10. BlueStacks X is mostly used for playing Android games on your PC, but it also allows downloading any Android app, i.e. Anova Oven. a bit fiddly to set up but once done all OK. 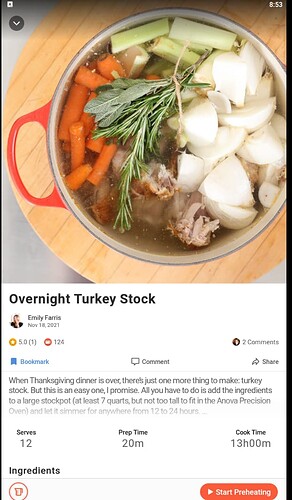 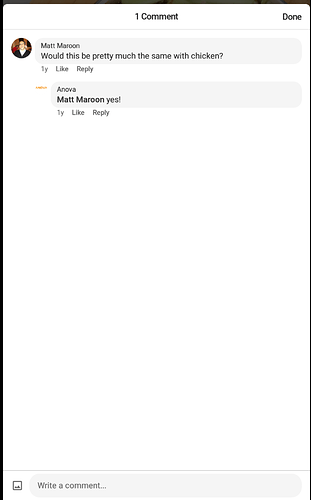