I setup my APC WiFi to do a 24 hour cook. When I connect to the app again it recognises that it is now cooking and displays the correct temperature it is running at but it doesn’t show how much time is left and the time progress bar doesn’t display anything. The APC itself shows the remaining time on the screen, so the timer is definitely running. Are you aware of this bug? 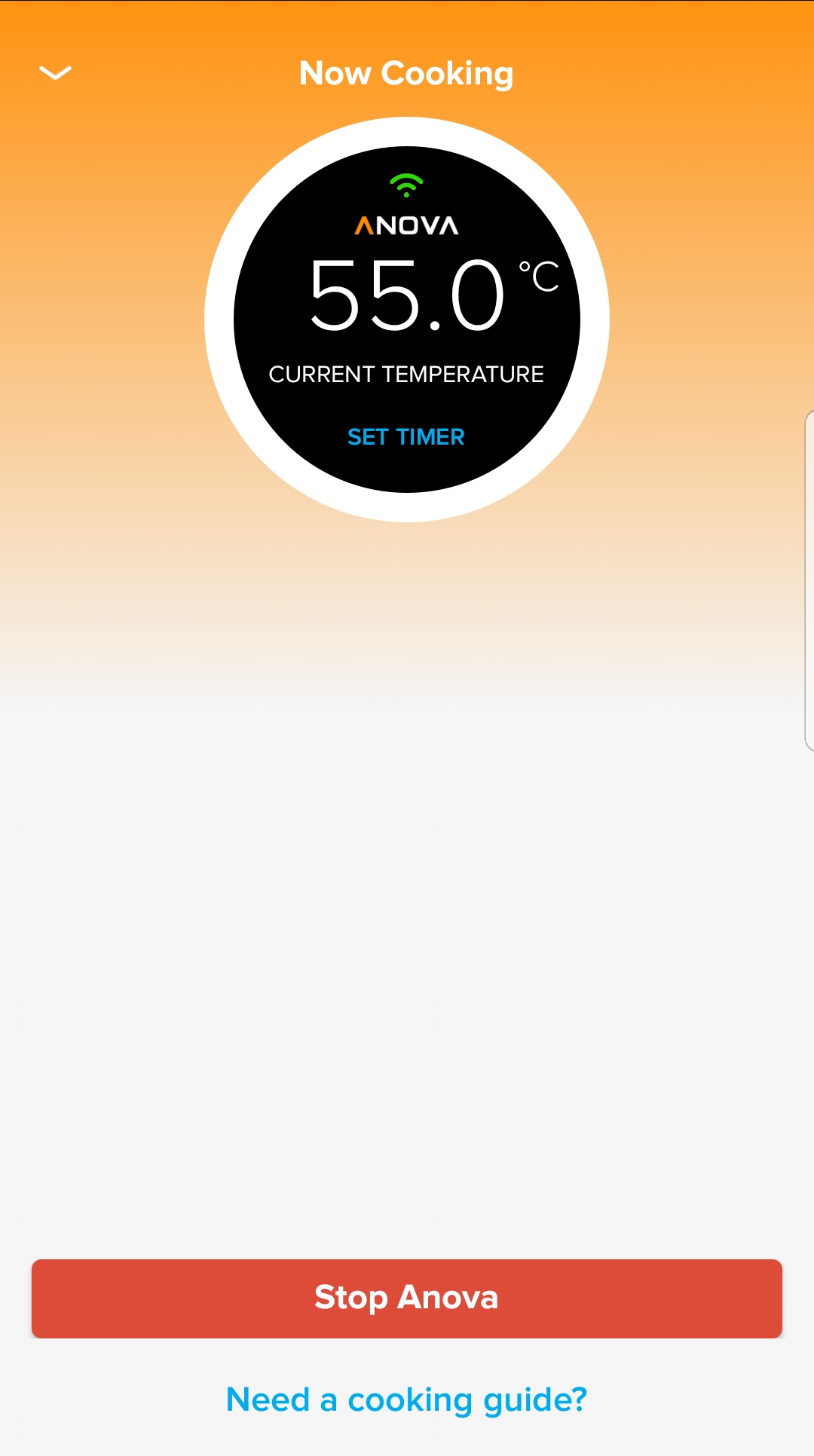 You can report bugs and provide device / app feedback by e-mailing feedback@anovaculinary.com

(While there are some ANova internals that frequent the community, it’s not the most expeditious route to report things).

Sure, will do in the future.

Anything in relation to the bug though? Any idea why the app fails to report/resync the remaining time?

I think I may have followed up with you in the Facebook group! But yeah - definitely would suggest reaching out to support!

@gusAnova or @HunterC, is this issue being tracked? Seems like I remember it being discussed recently but I don’t know the status.

Anything new on this?

I think the team is working on this - can you confirm @NateAnova?

Yes, @zqushair and @AlyssaWOAH, we have an engineer who is currently debugging this problem. However, he is working on a related problem of the timer resetting for Bluetooth cookers and isn’t sure if the solution will also fix this issue for WiFi cookers. For now, we are aware of the issue but we don’t have an ETA for when it will be solved.

I often have this problem too, but lately it gone worse. Today for example (24h at 55°), my app has notified “your food is ready” after about 1h. I’ve reset timer and after few minutes, the same notification. All of this, for many times.

I have the same problem. The remaining time on the app keep resetting itself.

This happened to me today. The timer setting disappeared both in the app and on the cooker. I have a Anova bluetooth cooker. When I set a new timer, the app then resets the timer to this duration after a couple of minutes again, over and over again.